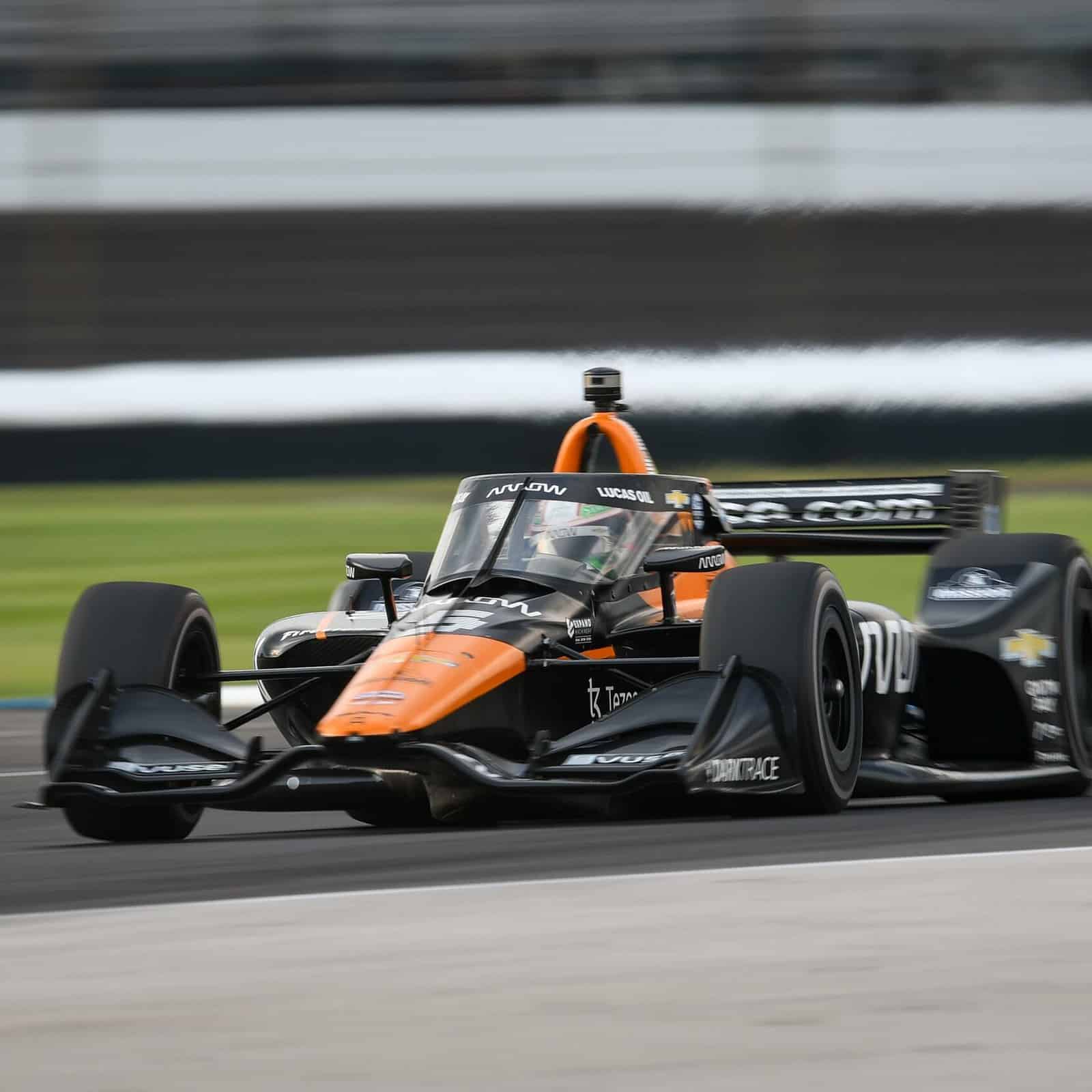 Rinus VeeKay will look to rebound at the track where he scored his first and only NTT IndyCar Series win to date.

The 21-year-old Dutchman appeared on his way to scoring his 2nd career victory in dominating fashion at the Honda Grand Prix of Alabama (May 1) until the final set of green-flag pit stops on lap 61 of the 90-lap event.

VeeKay, who started from the pole and remained in top form during practice, led a race-high 57 laps and held a 2-second lead over eventual winner Pato O’Ward. However, while coming into pit lane for the final set of green-flag pit stops, VeeKay was held up by the slow car of Jimmie Johnson, allowing O’Ward to close the gap.

Coming out of their stalls, both drivers were nose to tail. And by turn 5, O’Ward had overtaken VeeKay and stormed away to steal the win.

Redemption is on VeeKay’s mind as IndyCar returns to the road course of “The Brickyard” in the GMR Grand Prix on Saturday, May 14th (NBC, 3 p.m. ET).

The race will also feature the season debut of two-time Indianapolis 500 champion (2000, 2015) Juan Pablo Montoya as he teams up once again with Arrow McLaren SP.

Reminiscent of last year, the 46-year-old Columbian will run the signature black and red livery of Lucas Oil at the GMR Grand Prix.

Before 25,000 socially distant fans, VeeKay led 33 laps to score his first career NTT IndyCar Series victory. Moreover, he became the youngest winner in the history of the Indianapolis Motor Speedway at 20 years, 10 months old, and scored the first victory for Ed Carpenter Racing since 2016.

WHO TO WATCH THIS WEEKEND?

VeeKay isn’t the only driver looking for redemption.

Look no further than Andretti Autosport talent Romain Grosjean, who led the most laps in the first of two Indy road course races last year but wound up finishing 2nd in both events. In fact, Grosjean has 10 career podiums combined across Formula One and IndyCar but has yet to win a race. Could Saturday be the day for the perennial contender?

Not if Chip Ganassi Racing standout Álex Palou has his way. The reigning IndyCar Series champion took over the points lead for the first time this season, following a second-place at Barber Motorsports Park. While he is winless in his last six races, the 25-year-old has scored podiums in three of the previous four events. But forget about finishing near the front; the 2021 Indianapolis 500 runner-up is hungry to get back into victory lane.

Team Penske has claimed three of the four wins this season. But one of their drivers has yet to participate in the celebratory festivities — Will Power. However, the 2014 season champion is the defending winner at the Indianapolis road course. His win in last year’s Big Machine Spiked Coolers Grand Prix—in the summer race— was his only trip to victory circle in 2021, which broke a 12-race winless streak, as he led a race-high 56 of the 85 laps.

O’Ward is also a potential dark horse. He scored the pole last August and led 16 laps before finishing fifth. Furthermore, the three-time IndyCar triumphant is in contention to pick up consecutive victories for the first time in his career. The young Mexican driver is under contract with Arrow McLaren SP which runs through 2024, but he is actively searching the job market.

O’Ward’s contract with Arrow McLaren SP runs through 2024, but the young Mexican driver admitted he is actively searching the job market — basically as a restricted free agent who can solicit offers from other teams. However, McLaren still holds the rights to match.

Following his win at Barber, O’Ward described the ongoing situation.

Another win would provide an extra chip at the bargaining table for O’Ward, whether it be with Arrow McLaren SP or a rival team.