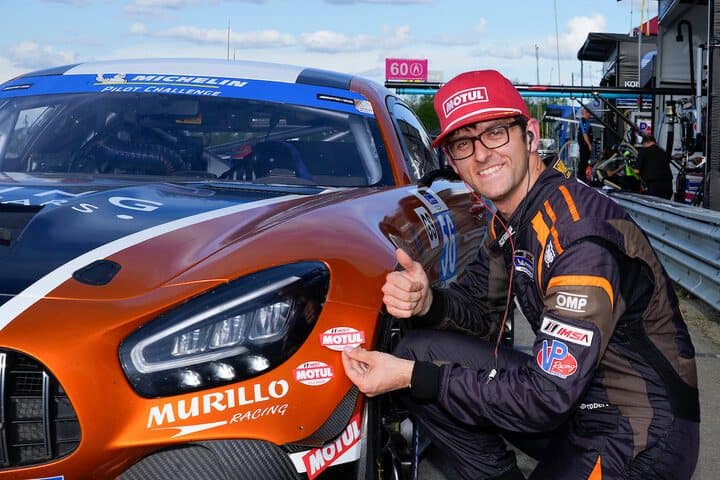 Ever since joining Murillo Racing, Kenton Koch has been on fire.  That form continued Friday at Mid-Ohio Sports Car Course as he won his second straight IMSA Michelin Pilot Challenge pole with a lap at 93.299 mph.

Unlike the practice sessions earlier on Friday, this qualifying session was very close.  KohR Motorsports’ Luca Mars set the first quick lap of the session, giving the others something to shoot at.  It was a lap that would have been in the top 10 in either practice session.

On his final lap at speed, Koch was able to jump from fourth to first to take the pole.  The lap is not a track record and nearly a third of a second slower than his best lap in practice, but still good enough.

In TCR, LA Honda World Racing unleashed Tiago Monteiro on the rest of the class.  The former Jordan Formula 1 racer and FIA World Touring Car Cup veteran wasted no time putting himself at the top of the chart with a lap at 91.511 mph.  The rest of the class tried, but could not knock off the veteran racer from the class pole.

Monteiro’s lap ended up being the fastest TCR lap of the weekend and 16th overall in the session.  It ended up being more than a third of a second faster than Bryan Herta Autosport’s Gabby Chaves.  Rory van der Steur qualified third in his Hyundai Veloster N TCR, followed by Mason Filippi in a similar Veloster for Bryan Herta Autosport (the team is using the Veloster due to Filippi’s crash at Sebring).  Parker Chase will start fifth.

The Mid-Ohio 120 is scheduled to go green at 4:05 p.m. ET Saturday afternoon.  The race will be streamed live on Peacock starting at 4 p.m.