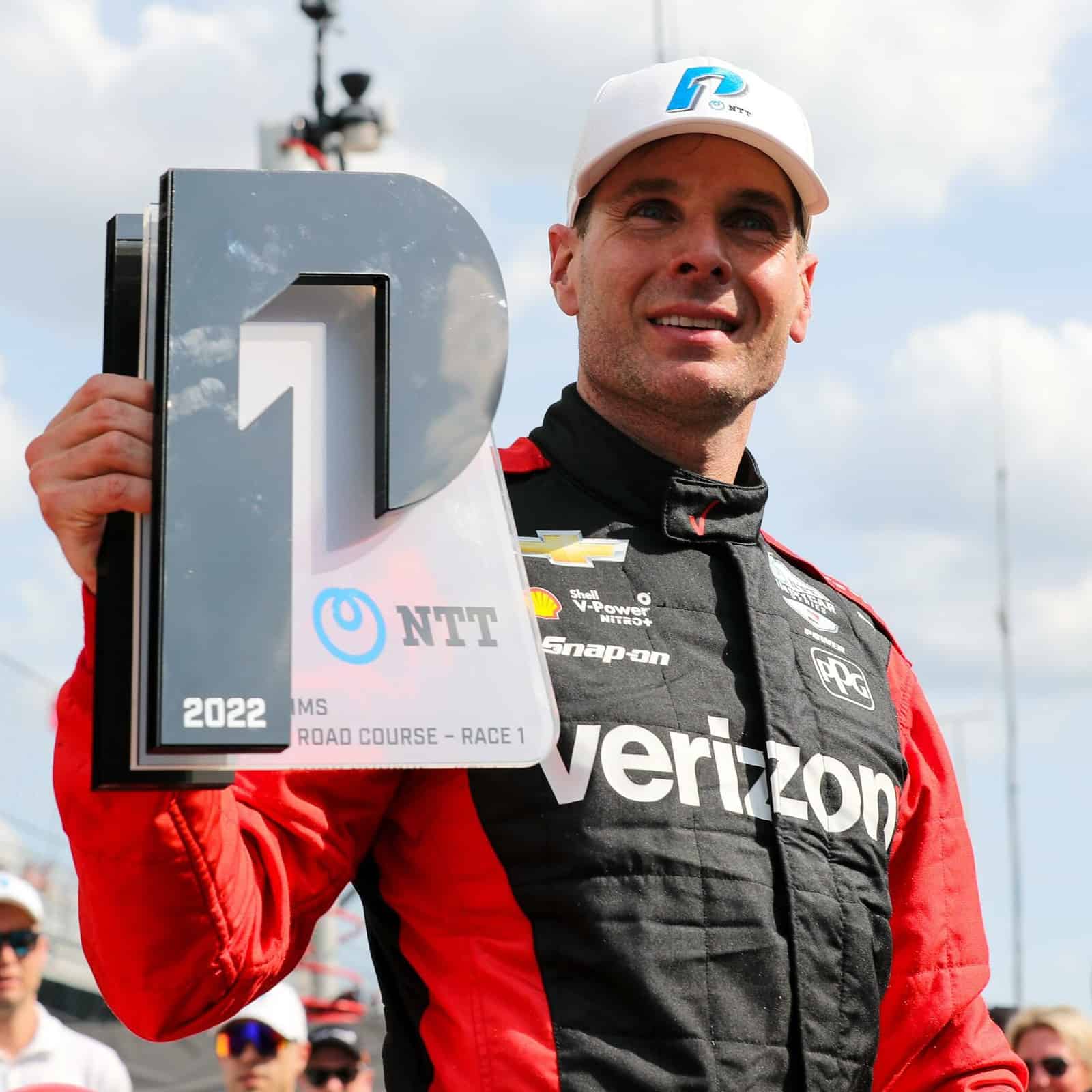 INDIANAPOLIS — Age and wisdom have not slowed Will Power down.

Despite being nearly 10 years older than the second-oldest participant in the final round of qualifying for Saturday’s (May 14) GMR Grand Prix at the Indianapolis Motor Speedway road course, the 41-year-old earned his 64th pole position in NTT IndyCar Series competition.

“That’s the fun of this series, man, it’s so tight,” Power said to NBC’s Marty Snider after qualifying. “When you get a pole these days, you know you’ve done a really good job and the team’s done a great job, so [I’m] super stoked. It’s been a long time since I’ve had a pole on a road course and yeah, man, I worked hard for that one.”

The journey to pole position began in the first group of round one. With the fastest six drivers advancing, Power set the fastest time in that group of 1 minute, 9.5544 seconds. After both qualifying groups finished round one, all eyes were on round two to see which of the 12 participating drivers would advance to the Firestone Fast Six.

The No. 12 Team Penske Chevrolet was fourth fastest in round two with a lap of 1 minute, 9.4905 seconds, just .0791 seconds slower than Alex Palou’s second round-leading lap.

However, Power would not be denied as the 2014 IndyCar Series champion scored his sixth pole position on the IMS road course. If Power qualifies on pole three more times, he will tie Mario Andretti on the all-time IndyCar pole position list with 67, a record that has stayed at that mark since the 1993 Michigan 500.

Reflection makes this pole position that much sweeter. After scoring five poles in 2020, Power had only one pole position in 2021, keeping him that much further from Andretti’s record.

“I feel so privileged to have gotten so close to [Andretti],” Power said on pit road. “I never thought I’d get there but yes, three away, obviously an absolute legend of the sport and it would be such an honor to match him or surpass him. To be up there with names like Mario Andretti and A. J. Foyt is something that I wouldn’t have imagined when I started my career.”

Power’s 2022 season has gotten off to a start that could only be matched by his 2010 and 2012 championship runner-up seasons. With a third-place finish and three fourth-place finishes so far this year, the Australian finally has a start to the season that has gone almost all his way, except for finding victory lane. However, being only nine points away from points leader Palou (who starts second) is a breath of fresh air instead of trying to climb a mountain before the Indianapolis 500.

“I’m right there. Right there. It’s so competitive these days,” Power said in the post-qualifying press conference. “You can’t leave anything to chance. You can’t just rock up. Like I said, before you ever even get to the race track, let alone qualifying for the race, there’s just so much that has gone into it with simulator time, video, data, and analysis. It’s endless. I’m there with a lot more experience. I’m still as quick as I was, I just have so much more available in my toolbox.”

The GMR Grand Prix will be live on NBC on Saturday, May 14 with the broadcast starting at 3 p.m. ET and the green flag following at 3:07. The start time was moved up due to thunderstorms in the afternoon forecast. For more IndyCar content live at the track, follow the author on Twitter.