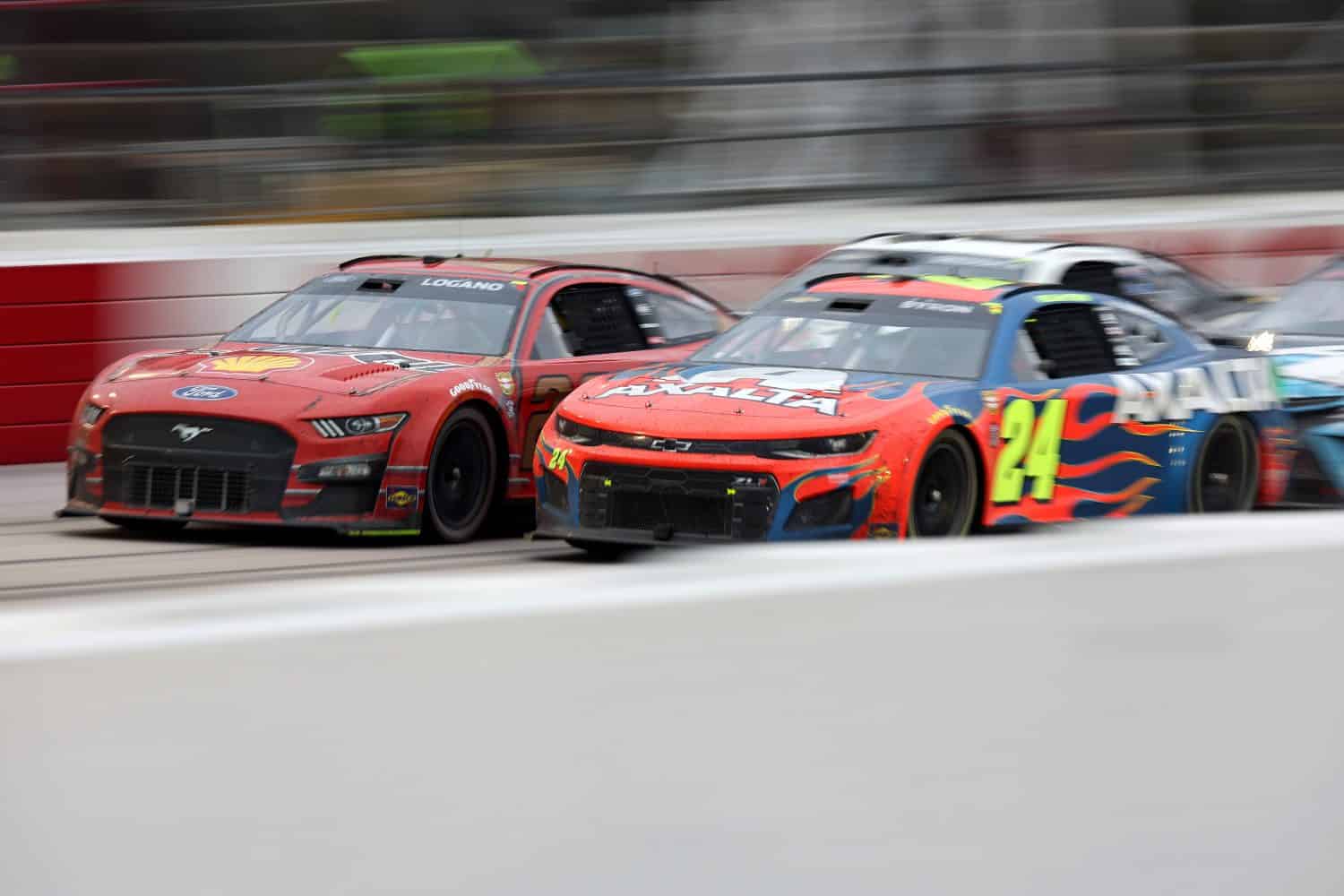 KANSAS CITY, Kan. – A week after retreating to their respective corners, the two main combatants from the end of last weekend’s NASCAR Cup Series race at Darlington Raceway arrived at Kansas Speedway.

In the six days that passed, they viewed and weighed the evidence.

But there’s no changing the minds of Joey Logano and William Byron.

“What happened last week happened,” Logano told reporters Saturday (May 14). “I still stand by the things like I said last week. I got fenced, I retaliated and I won the race. … I won’t get pushed around. So in my book, we’re back even. We reset and go again.”

Byron didn’t get the same memo as Logano.

“No, no,” Byron responded when asked if he and the Team Penske driver were “even.”

However, Byron was later asked if he owes his own payback to Logano.

“No, I just said it wasn’t even,” Byron said. “As soon as we got in for practice here (at Kansas), you’re on to the next thing. But you don’t forget how people race.”

In reviewing the end of the Goodyear 400, Byron “watched a lot different angles … Just try to do our normal review. Try to figure out what we can do to control our situation and then also what was done to us that was out of our control. There was definitely some things that definitely caught my interest.”

The Hendrick Motorsports driver said what he saw in replay after replay of the final restart at Darlington showed him the “same (things) as what I fell in the racecar. (Logano) made a choice in the middle of the corner, got down on my door and what do you do either spin out or, or it gets close. So it got close.”

In the immediate wake of the Darlington finish, where Logano bumped him out of the way and into the wall with two laps to go, Byron called Logano an “idiot” and “moron.”

It was a show of Byron’s temper that so far hadn’t been on display in the 24-year-old’s NASCAR career.

“It’s just natural,” Byron said. “I just go with my gut. Probably since maybe super late models, legend cars, for sure, nobody’s seen me in that position. I haven’t gotten wrecked (like that), well, besides Brad (Keselowski) the one time at Daytona (in 2019). It’s a natural reaction. So yeah, I act a certain way when things go well, and a certain way when they don’t.”

That’s something he and Logano can agree on.

“Honestly, if he wants to keep going back and forth, I’ll keep swinging,” Logano stated firmly. “I don’t think that’s a good play for him in the long run.

…to be continued…. LOL