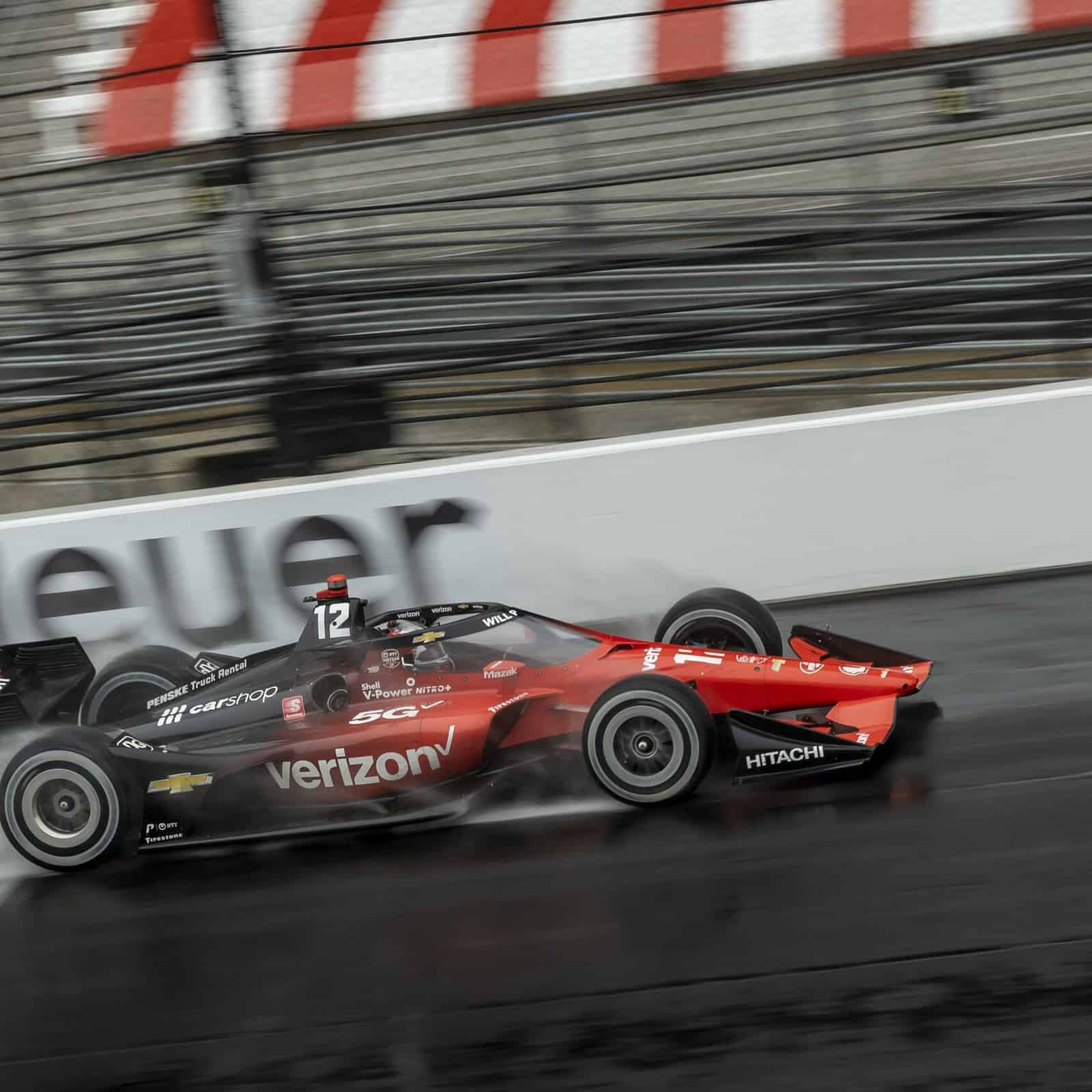 INDIANAPOLIS — Will Power’s fifth finish inside the top four positions has given the 2014 IndyCar Series champion the points lead after a third-place finish Saturday (May 14) at the Indianapolis Motor Speedway road course.

Power started on pole position in the fifth race of the 2022 IndyCar season, but Alex Palou, Josef Newgarden and Pato O’Ward all got around the five-time IMS road course winner at the same time when the quartet got to turn 7 on the race’s opening lap. Power got by Newgarden with a small bump going into turn 10 but would lose that position to Felix Rosenqvist the next lap after the chicane on the backstretch.

Soon after, the No. 12 Team Penske Chevrolet went to pit road with half the field as the track gradually dried and slick tires became the strategic choice.

After hovering near fifth place for much of the race, Power and his team had a decision to make under the caution for Jimmie Johnson’s stalled car.

Much of the field pitted on lap 59 and put on slick tires, feeling the rain was not intense enough to warrant a switch to rain tires. Two laps later, however, almost all of those same drivers came back down pit road, Power included, for wet weather tires as the rain intensified.

That proved to be the correct call. Scott McLaughlin, O’Ward and Romain Grosjean stayed on the slick tires and fell through the order as the race progressed toward the end of the two-hour time window.

Meanwhile, the 2018 Indianapolis 500 winner kept his car on track to finish third behind Colton Herta and 2014, 2016 and 2019 Indy Grand Prix winner Simon Pagenaud. Power’s result gives him a 14-point lead in the championship over Palou, who finished 18th after an early spin trapped the defending champion down one lap.

“It’s not that good to think about points,” Power said. “But sometimes you have to be smart about it if you’re — you know Palou is going to be the guy and, obviously, Newgarden as well. It’s just one of those days where if you can finish in the top six, you’re going to get a good chunk of points on those guys.”

Power leapfrogged Palou, McLaughlin and Newgarden in the points standings. McLaughlin fell from second to third after finishing 20th and Newgarden fell from third to fourth in points after slumping to 25th. Newgarden’s No. 2 Team Penske Chevrolet required lengthy repairs after some contact with Jack Harvey and Alexander Rossi early in the event.

As chaos unfolded around the field, Power mitigated a lot of the risk versus reward of trying to gain another position. By finishing third, Power knew that there would be a large points day in his future and that there was no serious threat from Marcus Ericsson in fourth place.

“If I had the car to win and the chance to win without big risk, I would definitely have gone for it,” Power said. “If it had been a constant condition, it would have been a different story, but it was just too easy to get caught out by a patch of water. It’s just a day to be smart and finish.”

Finishing was difficult in and of itself with the rain. Saturday marked the first wet IndyCar race with the aeroscreen that debuted in 2020, and visibility was a concern for some, Power included.

Next up for Power will be practice for the 106th running of the Indianapolis 500 beginning on Tuesday, May 16. Qualifying will go on the following weekend with race day on Sunday, May 29.

thanks alot of information

thanks alot of information keren