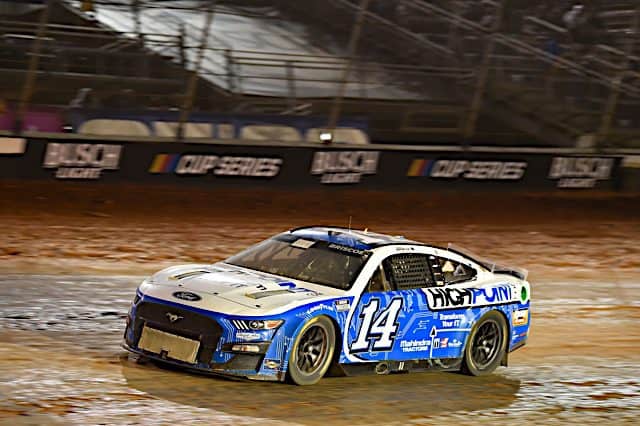 Ahead of his first time competing in the NASCAR Cup Series All-Star Race at Texas Motor Speedway, Chase Briscoe will have a new sponsor on his No. 14 Ford. Magical Vacation Planner will sponsor Briscoe in five events this season, Stewart-Haas Racing announced on Monday (May 16).

See also
Up to Speed: The Clock is Ticking for NASCAR Playoff Hopefuls

“I’m a proud Hoosier and proud to be from Mitchell, Indiana, and to be able to represent a hometown company in Magical Vacation Planner is actually pretty magical,” Briscoe said in a press release. “My family used MVP to go to Disney long before I ever made it to NASCAR, but it’s been a while since then because I’ve always been racing. But now I’m a dad and Disney is definitely on my to-do list, and just like I’ve got a crew chief to help me get the most out of a race, I’ve got a crew chief in MVP for when Marissa and I plan our family’s Disney vacation.”

In his second full-time Cup season, Briscoe overall has one victory, two top fives, and six top 10s. He currently is 14th in the point standings.

“All of us here at Magical Vacation Planner have watched Chase grow up and achieve his dream of racing in the NASCAR Cup Series. It’s incredibly aspiring and we’re very proud to be a part of it,” Magical Vacation Planner founder Jamie Ane Eubanks said. “Just as Chase worked hard to get where he is today, we’ve worked hard to build MVP into a nationally recognized and premier vacation planner specializing in Disney vacations and experiences … Chase Briscoe wins in NASCAR. MVP wins in all things Disney.”

Briscoe will drive in the All-Star Race on Sunday, May 22 at 8 p.m. ET with TV coverage provided by FOX Sports 1.

He is sure to win the All Star race.