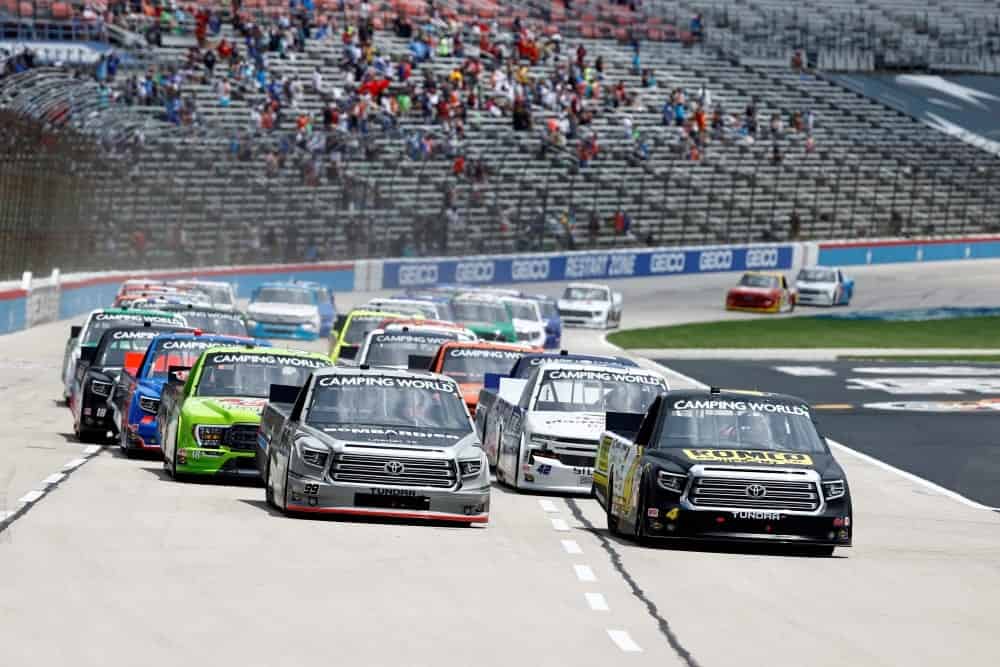 The NASCAR Camping World Truck Series heads to its second consecutive race on a mile-and-a-half track, as it is set to visit Texas Motor Speedway this weekend.

Thirty-eight trucks are entered for 36 spots, with qualifying set to send two drivers home, barring any late additions to the entry list.

After a multi-race break, Jordan Anderson returns to the Truck Series with his own No. 3.

Ryan Preece will make his fourth start of the season with David Gilliland Racing in the No. 17 Morton Buildings Ford.

Garrett Smithley seeks to make his season debut and first Truck start since 2020 with Young’s Motorsports. Smithley will pilot the No. 20 Trophy Tractor Chevrolet.

Bret Holmes enters his No. 32 Bret Holmes Racing Chevrolet in an effort to make his first appearance since Martinsville Speedway in April.

Reaume Brothers Racing puts Chris Hacker in their No. 33 Toyota in just his second appearance of the season, while Armani Williams looks to make his second career start with the team in its No. 43 Chevrolet.

Ross Chastain returns with Niece Motorsports to attempt his third series start of 2022. Chastain will drive the No. 41 Chevrolet.

Brennan Poole is back in the Truck Series with G2G Racing in its No. 46.

Todd Bodine seeks to add another notch on his road to making 800 national-level starts. Bodine returns with Halmar Friesen Racing in the No. 62 Camping World Toyota.