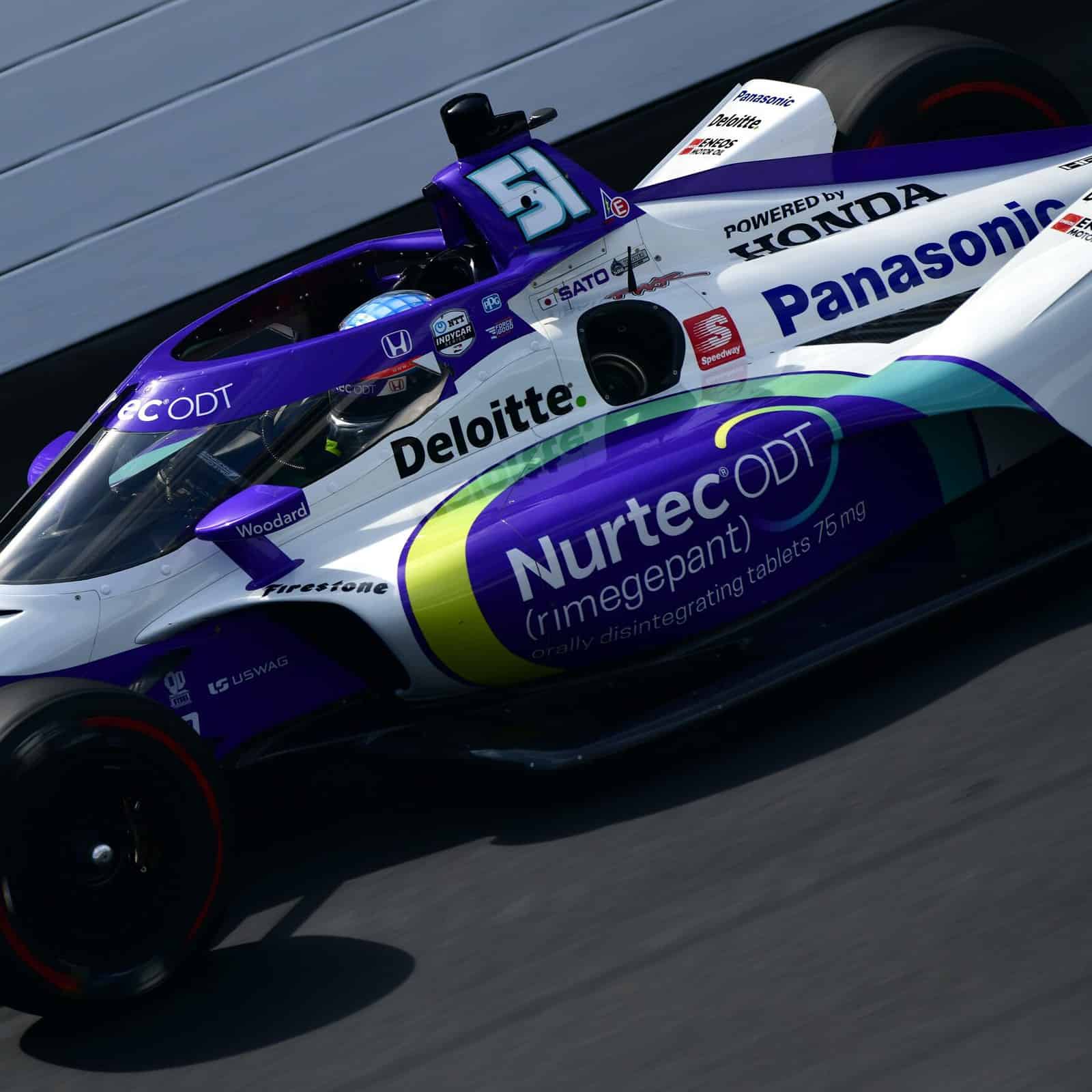 INDIANAPOLIS — On a day where severe wind gusts at the Indianapolis Motor Speedway kept practice to a minimum, Takuma Sato set the fastest lap in the final practice day before qualifying for the 106th Indianapolis 500.

Sato went around the 2.5 mile oval at an average speed of 232.789 mph in the No. 51 Dale Coyne Racing with Rick Ware Racing Honda. Second fastest for the day was Alexander Rossi at 231.883 mph. Third was Pato O’Ward, followed by Marcus Ericsson and Scott Dixon in fifth place.

The speeds on the day known as Fast Friday increase as INDYCAR adjusts the turbocharger boost pressure to qualifying levels, giving each car nearly 90 more horsepower as they go around the track.

The extra boost gave fans a chance to see increased trap speeds as well. With the wind blowing from the south, drivers were setting record speeds since IMS started recording speed trap data in 2009.

The speed traps are 120 feet in length at the ends of the straight pieces of pavement and INDYCAR measures each drivers’ speed across that section of track.

IndyCar Series points leader Will Power was 11th fastest, while the most recent IndyCar race winner Colton Herta was the slowest car on track. However, with the large winds at the track, that statistic can be taken with a grain of salt ahead of Saturday’s qualifying runs.

The first driver to discolor the wall at the Speedway was seven-time NASCAR champion Jimmie Johnson. While running a simulated four-lap qualifying run, Johnson’s car pushed on the turn 2 exit and brushed the wall with the right side tires.

"That's about as good as you can hit the wall at Indianapolis and get away with it," says @Hinchtown.

“Just trying to understand this low downforce, trimmed setting and obviously the wind direction is pretty massive today,” Johnson said. “So I felt like I had the corner made and I think that’s why I touched the wall so square. But just late exit, I think the wind was to my backside and I just needed six more inches out there and I didn’t have it.”

Johnson went to pit road and eventually went back out to practice after the No. 48 Chip Ganassi Racing Honda went back to Gasoline Alley for repairs. The four-time Brickyard 400 winner then attempted another qualifying simulation, running four laps by himself to get a proper read of how his car would handle. Johnson’s four lap average for his simulation was 229.094 mph.

A driver qualifies at the Indianapolis 500 by turning four laps at speed. That driver’s average speed across four laps is their qualifying speed, and drivers have to be inch-perfect across all 16 corners. Missing one apex by the tiniest of margins can result in brushes with the wall or in a driver lifting off the throttle, killing the qualifying run.

There will be two half-hour practice sessions on Saturday (May 21) morning with one half of the field practicing in each session. At 11:00 a.m. ET, qualifying begins with all 33 cars making single car runs of two warmup laps followed by four qualifying laps and a slow down lap.

A random draw decided the qualifications order as a representative from each entrant selected a qualifications coin that had a number from 1-33 on it. After all cars have made one qualifying attempt, they may make another attempt to get into the top 12 qualifiers to get into a shootout-style session on Sunday to settle positions 7-12 and then 1-6.

Below is the qualifying order: