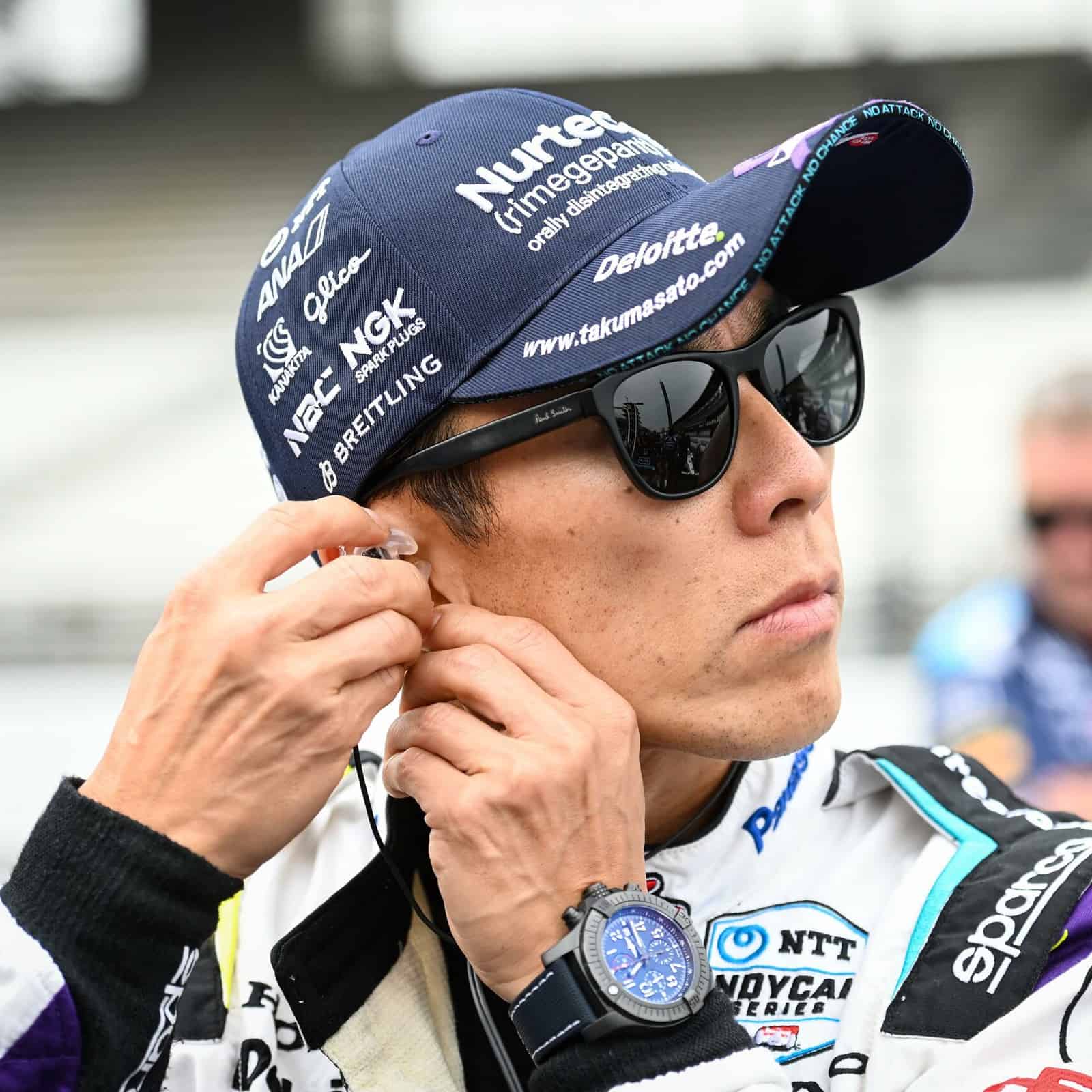 INDIANAPOLIS — Marco Andretti couldn’t believe what he was seeing as he approached Turn 3 on his warm up lap for Indianapolis 500 qualifying.

As his No. 98 Andretti/Herta Autosport Honda approached the northeastern turn of the Indianapolis Motor Speedway to start his first qualifying run on Saturday (May 21), Takuma Sato was driving through the north end of the speedway on his cool down lap after qualifying at an average speed of 232.196 mph over four laps in his No. 51 Dale Coyne Racing with Rick Ware Racing Honda.

Instead of going to the warmup lane to the left of the backstretch after his run per usual IndyCar procedure, Sato was still on the race track, causing Andretti to hit the brakes, compromising his car’s speed.

Andretti was vocal about Sato being on the track and the other misfortunes that hit the 2006 Indianapolis 500 runner-up.

“Well to start the lap, I’m on the brakes because Sato’s just stopped in the middle of (turn) 3, so to start a run on the brakes I don’t think is very fair and it should never happen,” Andretti said on the qualifying broadcast. “But I’m really bummed. If they count that as my run, I’m pretty bummed because of the start of that. But anyway then the engine just shut off either electronically or in the engine, we have to figure out what happened. It just shut off, so [it’s a] nightmare right now.

“I don’t know why that should count, like, you shouldn’t have to run into another car on your qualifying lap.”

Takuma Sato had his qualifying run invalidated for impeding the progress of Marco Andretti.

Here's the replay to see why. #Indy500 pic.twitter.com/zbe864BuXe

Sato accepted the penalty with grace.

“The rule is the rule, you have to respect it and obviously I apologize to Marco for that and I had no information, but we’ll do better next time,” Sato said.

Sato’s car owner Dale Coyne said that his driver should’ve known to go to the warmup lane off the back straight, but also reminded NBC’s Kevin Lee that the cockpit has a lot of stress inside of it that can cloud a driver’s judgement.

“I think there’s so much going on on a qualifying lap, you’ve got weight jackers and sway bars and so much in your head that when it’s over you think, ah, it’s over,” Coyne said. “We were disappointed in our time because we’ve been quick all week, so we know we can go quicker.”

The Japanese racer went out to qualify again in an effort to be among the fastest 12 qualifiers. By being in the top 12, Sato would earn the right to compete in the Fast 12 shootout on Sunday (May 22) with the possibility of participating in the Fast 6 shootout for pole afterward.

.@TakumaSatoRacer makes contact with the wall in turn 2 during his second qualifying attempt but doesn't lift.

Positions 13-33 are locked in after the first round of qualifying, which you can find a recap of here. The Fast 12 will make one attempt each on Sunday (May 22). The fastest six of that group will compete in the Fast 6 round to set the first two rows on the grid. The 106th Indianapolis 500 is Sunday, May 29 and will air live on NBC starting at 11:00 a.m. ET.