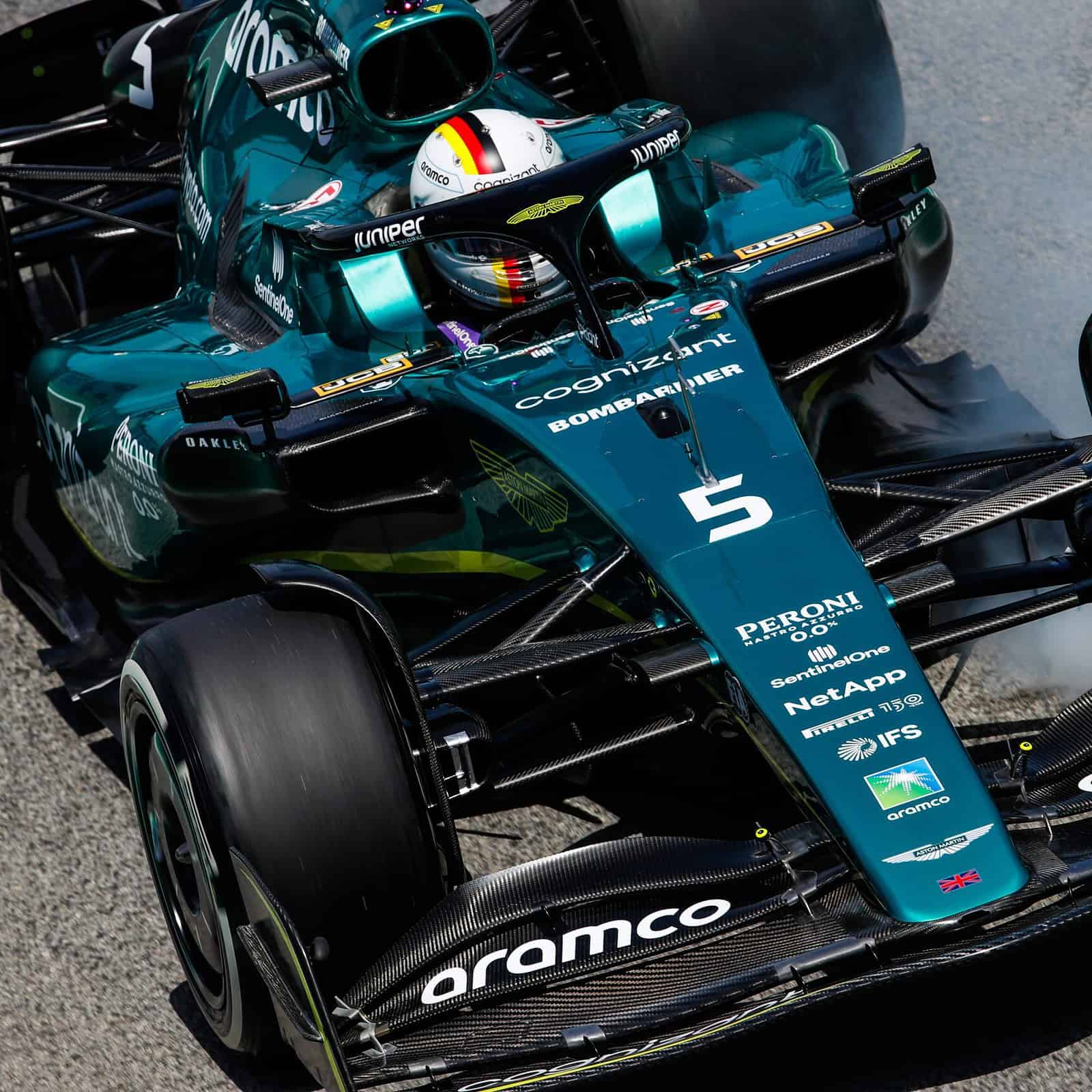 Teams took to the track in Barcelona on Friday to start this weekendʻs Spanish Grand Prix.  With the race back in Europe and close to teams close to their factories, upgrades came as one of the big stories.  In fact, the upgrades for one team seemed so drastic that it appeared they debuted a new car.

Aston Martin took to the track with a car that seemed a copy of the Red Bull RB18.  The resemblance seemed so uncanny that arguing that the Aston Martin was a product of their own making came as one of the narratives of the day.  The FIA even offered up that the Aston had been investigated and that its development came without the assistance of current employees who had been with Red Bull last year.

One of the surprising comments came from Lance Stroll when he was interviewed by Sky Sports.  Aside from looking uncomfortable answering questions about the car, and defending the team from any accusations of impropriety, Stroll stated that Aston had developed two cars for the 2022 season.  He said that the first car, what might be called the A car, had not performed so it was time to bring out the B car.

The whole situation is fascinating.  First, the heavy-handed defense of what looks like an RB18 replica came across as a ʻdoth protest too muchʻ moment.  Other teams were sure to be curious and critical of Astonʻs latest iteration but unless someone had already filed paperwork suggesting corporate sabotage, there was no reason to push back so hard.  Having Lance Stroll also made it awkward and someone from engineering should have been out in front of the mics.

Then there is the fact that Aston chose to move in a redundancy method.  Rather than designers feeling secure with what they were doing, it appears that they allowed for a second team to develop their own interpretation of the 2022 car.  This kind of thinking is, naturally, smart.  Crafting a backup plan is never a bad idea, especially for something new being implemented with little testing.  There is, of course, a couple of issues to mention.

First, with a cost cap implemented for the year, there is a question as to how Aston was able to develop a second manifestation of their car and not fear going over budget.  Teams are already stressing about the cap after accidents and upgrades have proved to be costly.  Heading into the sixth race of a 22 race season, teams have to think in terms of the long game, rather than spending lavishly in the first half and making no gains in the second half.

Second, how is it that Aston Martin was basically running a shadow operation to develop a car that makes its inaugural appearance this far into the season?  Or, a counter-question that could be asked might be whether they ever had confidence in the car they used to start the season?  Mercedes, just as the season began, showed themselves as revolutionary when the team brought out the zero side-pod design after testing in Barcelona with a different design.  But Mercedes has stuck with the concept even as the team has accumulated mediocre results.  The goal has been to make the design of the Mercedes work better, choosing not to disregard it altogether.

Aston Martin has chosen to blow up their idea and rework what they are doing.  After two practices there is no conclusion as to whether this idea is the right one.  The first practice session ended with the team notching similar results as they have been doing.  In FP2, Sebastian Vettel moved forward, ending the period in eighth and looking like the new car might have potential.  The truth is, however, that both sessions were used to gather data more than to find true performance.

These two practices were nothing more than glorified testing, a time to shakedown the new ride.  There is little to no indication of how this car might yet actually perform – and it might be a bit of a shock to think that it will be back to competing with McLaren and Alpine to be the fourth-best team.  What Aston has done is to make themselves a team to watch by using a different construct of thinking and providing something that no one had anticipated.

– Mercedes brought upgrades to the floor of their car that may be part of solving the porpoising issue they have faced.  While data points from FP2 should be taken lightly, George Russell and Lewis Hamilton ended up second and third at the end of the session.  There is too much money and too much experience within the Mercedes organization not to improve but the team still might not find enough to catch up to Ferrari and Red Bull this season.  Then again, there are still 16 races to go after Barcelona.

– Max Verstappen won in convincing fashion at Miami a couple of weeks ago and there is little reason to think that he will not be doing so again.  While Ferrari is still showing speed, the Red Bullʻs handling is still ahead and should still be the difference-maker.  Verstappen may not win the pole for the GP but there is every reason to believe that he will be able to take over the race once the lights go out.