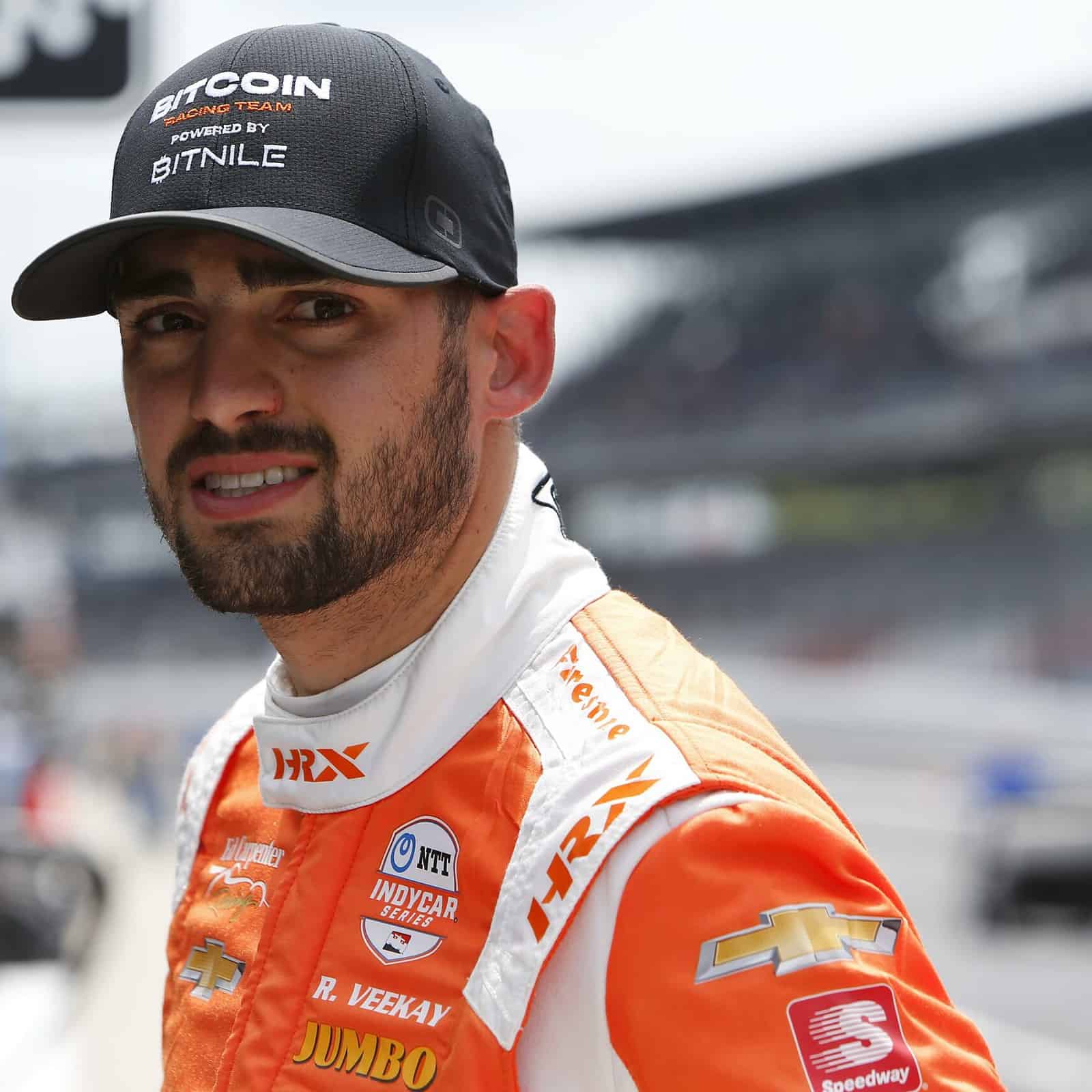 INDIANAPOLIS — After Rinus VeeKay turned the fastest qualifying lap during Saturday’s (May 21) round of qualifying for the Indianapolis 500, confidence was high going into Sunday’s (May 22) Fast 12 and subsequent Fast 6 sessions.

The Dutchmen are fast today!@Max33Verstappen won today's #SpanishGP and @RinusVeekay moves on to the Fast Six in qualifying for the #Indy500. pic.twitter.com/Tyf98QybOg

The crews completed their work in the assigned work windows after the Fast 12 and VeeKay waited behind Alex Palou to make his qualifying attempt. However, there was a problem. The 2018 Indy Pro 2000 champion wanted to have his belts re-done, which were affecting some rather important parts.

“I was in the car for quite a bit, not even driving at one point, just sitting there and, um, things started to turn purple down there,” VeeKay told Frontstretch. “So I needed to get things sorted and good thing I can make some adjustments!”

The team got clearance from INDYCAR to make the critical… erm… adjustment.

“Well, you don’t want to have my belt guy dive in and then get a penalty afterwards because it’s not allowed,” VeeKay said. “So I could have done qualifying like that, but it’s a little bit more comfortable just having all the blood flow going well.”

The 2019 Indy Lights championship runner-up posted a four-lap average of 233.385 mph. That was good enough for second quickest at the time, but Dixon ran after VeeKay and posted a pole-winning average of 234.046 mph. That speed is the fastest pole-winning average in Indianapolis 500 history and gives the 2008 Indianapolis 500 winner his fifth Indy pole.

“I think we trimmed the right amount,” VeeKay said. “If we would’ve trimmed more, we would’ve had more drop off. So I’m very happy with what we did. And I think we made all the right decisions.”

The right decisions began Friday with the random draw to determine qualifying position. VeeKay’s car got the No. 2 coin, giving the 2017 USF2000 championship runner-up the second qualifying run on a day where weather was a massive uncertainty.

An average of 233.655 mph that included a fastest lap of 234.702 mph made VeeKay the fastest car in the first round of qualifying.

Turning the third fastest lap in the pre-qualifying practice before the Fast 12 at 233.597 mph was also a confidence booster as well, but even with a car that good, there are still trepidations.

“I was actually pretty nervous for today,” VeeKay said. “I knew there was, well, many people counting on me to go for the pole position.  We were very fast yesterday. Of course, a bit lucky with the draw and driving in cold conditions, but, yeah, having to go two times today was not ideal.

“The first run, just like Scott’s, was very much on the limit. I could stay flat, but turn four was very close to disaster, but I stayed flat. Then we changed the car, took some downforce out for the Fast 6 and really matched the balance of how I liked it. I was more comfortable in my Fast 6 run than my Fast 12 run.”

VeeKay started fourth in his first Indianapolis 500 and third in 2021, respectively finishing 20th and 8th in both years.