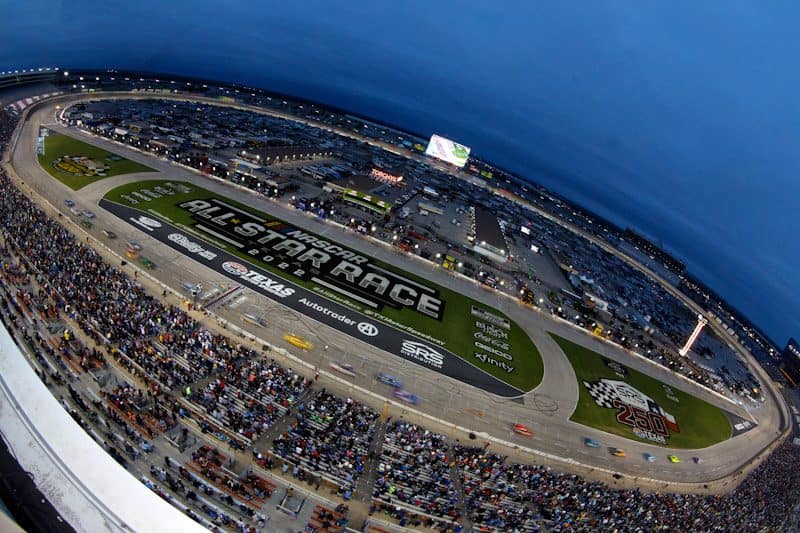 1. Good game, good effort, Texas, but the All-Star Race was a mess

It’s an annual pastime for NASCAR, its stakeholders and its fans to admit that the All-Star Race isn’t what it could/should be and to throw around ideas on how to fix it. Texas Motor Speedway took its second crack at it this past Sunday (May 22), and as the saying goes, that ain’t it, chief.

Despite being armed with the latest in a never-ending line of new formats, the All-Star Race was a mess in any number of ways. Confusing? Of course, that’s almost a given now.

Too long? Absolutely, even though it’s shorter than a normal race.

Did it have stars? Well, yes! Except that two of the biggest (Chase Elliott and Kyle Busch) were eliminated in one wreck, along with the most improved driver in 2022 (Ross Chastain). That’s always a bummer.

And then there was “The Decision” by NASCAR at the end of the race, throwing one of the most bizarrely timed cautions in recent memory and forcing Ryan Blaney to essentially win the thing twice. Safety is important, and yours truly is pro-yellow flags in many situations. But was anyone really kept that much safer by not allowing Blaney to go the several car lengths he would have needed to drive to win the race?

That choice not only extended the event even further for no reason, it set off a totally avoidable debate about whether Blaney should have been able to self-repair his window net without coming down pit road. Denny Hamlin made some good (albeit not unbiased) points, but they’re ones he never should have needed to make.

So what can be done? That’s why this column has four more points.

2. The All-Star Race should not come back to Texas

This actually isn’t even about Texas Motor Speedway, though a strong argument can be made that it isn’t conducive to the All-Star Race in particular: not much passing toward the front, and restarts aren’t particularly exciting there, which is a problem in a race where they are frequent.

Nor should NASCAR automatically emulate everything the stick and ball sports do when it comes to All-Star events, because frankly, some of theirs are also poor (looking at you, Pro Bowl). But one thing most of them do is something that stock car racing should do, and that’s rotate the venue every year.

Yes, there are travel/logistical concerns with this. It’s one thing to say “hey have the All-Star Race in California in 2024” or whatever, but another thing entirely if that weekend is between Kansas and Charlotte on the schedule. There are also whole categories of tracks that probably need to be excluded as well; no one is likely clamoring to see an All-Star Race at COTA (but maybe The Glen … OK, probably not).

But despite those caveats, this is the simplest thing NASCAR can do to keep the event fresh each year. Other sports sometimes use it to show off a new or revamped stadium, and NASCAR could do likewise. Or it could get really creative and host the All-Star Race at tracks that don’t currently have a points-paying race weekend. Whatever the plan, it needs to move annually.

I’m fully prepared to take a beating in the comments, but in an event that is full of silly ideas, the Open is the dumbest.

Fans (some, anyway) like the Open because of its inherent feel-good nature, and the idea that drivers can race their way into the main event. The thing is, an All-Star event in any sport should be merit based, at least in theory, and reward athletes for their performances.

In other sports, part of the appeal of having an All-Star game is that it gives fans a chance to see the best of the best compete on the same field/court/rink at the same time. That idea is dubious from the start for the NASCAR All-Star Race because the top driver race each other every week. Watering the field down even more by allowing not just the Open winner, but the stage winners, for goodness sake, is ludicrous.

Fan votes are good, so that can stay. Heck, let the fans and media vote a driver into the field if you want. But the Open is a waste of time and resources that serves no purpose.

Here’s where NASCAR is oh so close to getting it right. Despite the way it’s often marketed, NASCAR, like any form of motorsport, is a team sport. No one wins a race, let alone a championship, without a whole team of talented people behind them. The All-Star Race is the time that this important fact is most acknowledged throughout the season, with the pit crews being introduced, etc.

But why stop there? It would be fun if qualifying and pit stops counted toward determining the winner of the All-Star Race as well. Think of it like the skills competitions you see at other All-Star events, but with higher stakes — which is fine because the people who set up and work on the cars are critical to helping them win.

It wouldn’t be hard. Have a point system for qualifying, and the pit stop competition. Going into the All-Star Race, teams that did well in those two areas would have an advantage on others in the field, who would have to race even harder to overcome any deficits. Everybody contributes, everybody wins.

5. Either raise or lower the stakes

A quick confession: I’ve never had, and likely never will have, $1 million at any given time. It’s still a lot of money for most people and I don’t mean to be dismissive of it as a prize.

But for pro athletes and race teams? Yeah, it’s probably better to have an extra mil than not, but beating the whole “race for a million bucks” thing to death is also one of the unbearable parts of any All-Star Race weekend at this point.

(Also, the race teams that could really use the million aren’t in the All-Star Race and probably just spent money not advancing out of the Open.)

The prize needs to be more. Like $10 million or more if someone is willing to put that up (part of the next TV deal, perhaps). Then everyone on the winning team gets more money, and it’s more of a motivating factor.

Or go the other way and make money not a thing at all. If it’s really just an exhibition, don’t have any stakes. Then NASCAR can make up whatever rules it wants, any time it wants, and no one is going to be upset about it.

Agree with not going back to Texas for the AS race. They should try a a short track one year.
I used to be OK with The Open, until they started letting 3 drivers plus the fan vote driver into the main event. If they must have that event, it should be only 1 driver, the winner.

Good piece. Just delete the last two words on your title and you’ve nailed it.

There, fixed the headline

I still think that teams would benefit more from an off week, than from this meaningless race, but the way promoters make $$ is by promoting, so I get it.

The bottom line is that a lot of teams got torn up cars, with very little to show for it.

As far as the open, & merit goes. If a team wins the open, they’ve gotten in on merit. As things stand now with stages, merit has been watered down.

But for me the fan vote has the least to do with merit, (think Danica) in most cases it comes down to who your daddy, or owner is. That’s not to say that Jr. & Elliott aren’t talented in their own right. But they both inherited their fan base.

If they MUST go to Texas twice a year, then they need to keep the crappy All-star Race at Texas. Do we really want TWO points paying weekends at Texas? I don’t even want one. Do not have a points system. That’s as silly as anything they’ve done. They don’t need more dumb ideas. They come up with more than enough on their own. The race is absolutely pointless because everyone in it are the same drivers at the front every weekend anyhow. It’s not special. If it were special or interesting, then they wouldn’t need the gimmicks. They should just end the All-star race period. Or, if you’ve got to have a non-points race (you don’t), throw them in completely different vehicles, like Modifieds or dirt cars, maybe karts. Maybe a mix. Do a Tri-athlon of sorts, but with different vehicles. Maybe give them clown noses. And let all the Cup teams play, and maybe some All-stars from Grand National and Trucks. Maybe even a celeb or two. Just make it a circus. Texas isn’t a good RACE track. Maybe it’d be better as a circus. A non-points race shouldn’t be that serious.

If they’re going to keep the All Star race, then make it a true All Star race. Make it for all the race winners from the previous year, plus the previous All Star winner, the previous year Clash winner, and maybe a fan choice. No current year winners (they’ll be eligible the next year), no car owners, no previous All Star winners (except the most recent), no open winners (or Open race), just a race to honor the previous season’s stars. Make it an hour long race, with a minimum number of miles or laps (in case it gets slowed by a lot of cautions), and with one mandatory four tire, green flag stop. Then make it a support race at a regular NASCAR Sunday race weekend, by running at the same track on a Friday night (or on a Saturday instead of a truck or Xfinity race).

This would be a true all star race, honoring the previous season’s 8-15 stars. It would high light the top pit crews. A Friday race would eliminate the extra travel weekend, and give fans a chance to watch or attend two Cup races on the same weekend, at the same track. Raise the purse, a million dollars is nothing for these teams anymore. Make the purse worth winning for the teams, and maybe make the race worth winning for the driver, by counting it as regular season win to qualify for the Chase (though I’d prefer they eliminated the Chase altogether).