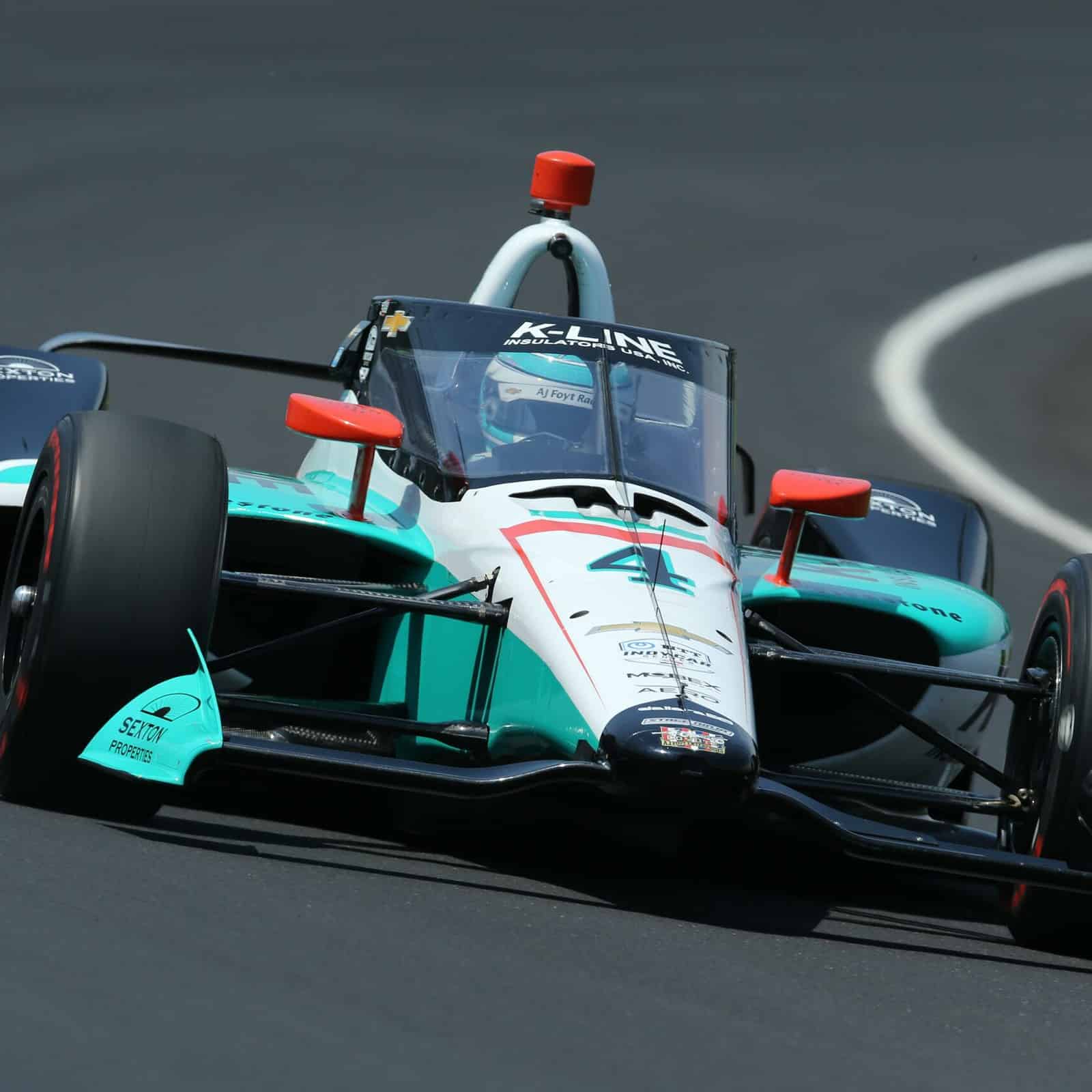 INDIANAPOLIS — Dalton Kellett’s spin and subsequent wall contact in turn 1 of the Indianapolis Motor Speedway on Monday (May 23) became the first major incident during preparations for the 106th Indianapolis 500.

The No. 4 A. J. Foyt Racing Chevrolet was on the outside of Romain Grosjean’s No. 28 Andretti Autosport Honda as the pair approached the first turn with just under 33 minutes left in practice.

The Canadian was trying to pass the Formula 1 veteran on the outside around the start/finish line. Grosjean did not back out of the throttle and Kellett tried to back off as the pair approached the corner.

However, the car spun and hit the outside wall with the left side of the car. The right side wheels went off the ground momentarily before coming back down to the pavement.

Kellett was checked and released from the infield care center and has been cleared to drive.

A hard hit for Dalton Kellett in #Indy500 practice.

His crash is the first major one throughout all of the practice and qualifying sessions so far. pic.twitter.com/Cfuw0rPCoo

“From my perspective, [Grosjean] got a wiggle off of (turn) 4 so I had a run [and] got him on the outside,” Kellett told NBC’s Kevin Lee outside the infield care center. “From my perspective I thought he was going to kind of slot in behind and then he stayed in it and I was trying to check up and kind of get back in line.”

At this moment, Kellett was able to see the replay of the incident for the first time.

“I’m thinking [Grosjean]’s going to slot back in and he keeps his foot in it. Which is fair, I mean at the end of the day I’m the passing car but it is also practice and it’s not the last lap of the 500.”

The damage to Dalton Kellett’s car. The @AJFoytRacing crew has a few days to fix it before Carb Day. #Indy500 #IndyCar pic.twitter.com/06s8ywT9O0

A.J. Foyt Racing team manager Larry Foyt is happy that Kellett is fine but knows that his mechanics will do a good job to fix the car.

It’s not ideal for @AJFoytRacing to have a car hit the wall, but the good news is that Dalton Kellett has been checked and released from the care center, is cleared to drive and the team has time to fix the car.#Indy500 #IndyCar pic.twitter.com/Txp42JNQsF

Second place qualifier Alex Palou was fastest in the two-hour session with a lap of 229.441 mph. Polesitter Scott Dixon was second-fastest in the session at 229.000 mph.