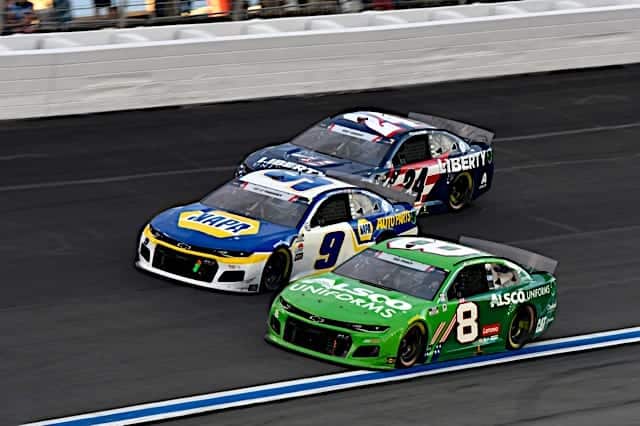 The test of man vs. machine is on full display in NASCAR’s longest race as drivers head to Charlotte Motor Speedway for the prestigious Coca-Cola 600 this weekend.

The annual Memorial Day eve race marks the 14th race of the 2022 campaign.

Thirty-seven cars are entered for the 600-mile race, guaranteeing each driver a spot, barring any entries to the entry list.

Ryan Preece takes over the No. 15 Hunt Brothers Pizza Ford in his second start of the season.

Noah Gragson will tackle his first Coca-Cola 600 with Kaulig Racing in the No. 16 Charlotte Knights Chevrolet. It will be Gragson’s fourth start with Kaulig and sixth on the season.

The Money Team Racing returns to the track for the first time since Circuit of the Americas in its third appearance of 2022. Kaz Grala gets the call once again to pilot the No. 50 SEGI TV Chevrolet.

Stars and stripes will fly all around the track as drivers are set to take the green on May 29 at 6 p.m. ET on FOX.