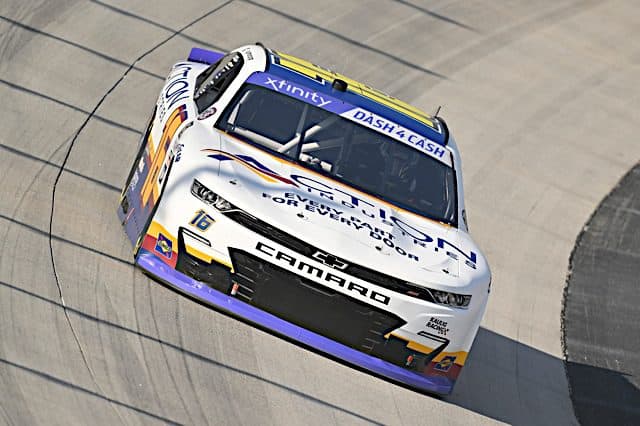 After a few rough seasons in the late 2010s, NASCAR Chevrolet Cup Series teams got back on track to start the 2020s. Chase Elliott’s championship in 2020 signaled the start of a new post-Jimmie Johnson era at Hendrick Motorsports. Following Elliott’s lead, Alex Bowman and William Byron weathered the storm of Hendrick’s rebuilding years and have emerged as weekly contenders themselves. Then there’s Kyle Larson, who joined the team last year and clearly made the most of his opportunity, winning 10 times and capturing his first Cup championship.

As much as Johnson, Jeff Gordon, Dale Earnhardt Jr. and Kasey Kahne left some big shoes to fill, Hendrick’s quartet of young drivers have risen to the challenge.

But HMS is not the only Chevy team enjoying a good start to 2022. Ross Chastain and Trackhouse Racing Team are having a breakout year with two wins so far. Richard Childress Racing has shown improvements in overall speed compared to its last few seasons. Tyler Reddick, in particular, has been knocking on the door of earning his first Cup victory for quite some time. Also, the merger that resulted in the creation of Petty GMS Motorsports has helped Erik Jones and the No. 43 team look more competitive.

No doubt Chevrolet has a lot to celebrate. Perhaps the only problem on the horizon is what to do with the Chevy prospects who are rising fast in the NASCAR Xfinity Series. Through 12 Xfinity races, Chevy has won seven times, including the last four races. Some of their success is certainly due to veteran racers like AJ Allmendinger at Kaulig Racing and Justin Allgaier at JR Motorsports. Both of them have years of Cup Series experience and have found new competitive life down in Xfinity.

But the younger drivers have more than held their own. Noah Gragson has already won twice in 2022 and seems to get better every year. Josh Berry, Dale Earnhardt Jr.’s late model protege, has proved that he can compete at larger and faster speedways beyond his short track wheelhouse. Eighteen-year-old Sam Mayer got off to a rough start this season but has since posted six top fives in the last seven races. All three drivers will likely represent JR Motorsports in the playoffs.

Other Chevy drivers currently in position to make the Xfinity postseason are Austin Hill from RCR, who won at Daytona International Speedway, along with Kaulig drivers Daniel Hemric and Landon Cassill. Adding in Allmendinger and Allgaier, Chevy is in position to make up two thirds of the playoff grid. In a series that was dominated for so long by Joe Gibbs Racing and Team Penske, this manufacturer has come back with a vengeance.

Yet Chevy’s success in the Xfinity Series could come at a price in the long term as not all of the manufacturer’s standout drivers will get good opportunities in the Cup Series. It’s certainly not a new problem in the NASCAR world, as JGR and Toyota would attest. But it is not a problem that Chevy has had to deal with in recent years. Now, the Bowtie Brigade is going to have to make some difficult choices.

The case of the JR Motorsports drivers is particularly interesting. Rick Hendrick retains an ownership stake in the company, and three of the current HMS drivers either raced for JRM or came to the team through Earnhardt’s recommendation. Hendrick and Earnhardt have worked well together to develop drivers with JRM acting as the Xfinity Series arm of HMS.

But with Hendrick no longer in need of a development arm, does that relationship change? Might JRM become more of a developmental team for Chevy in general? Gragson has already dipped his toes into the Cup Series waters with teams like Kaulig and Beard Motorsports. If Gragson goes Cup racing full-time soon, he will probably join a Chevy team other than HMS.

RCR has a little more flexibility with its prospects. The organization could add another two Cup Series teams to its current roster, plus it will be a few years before Hill and teammate Sheldon Creed are ready for a promotion anyway. The real question is if an expansion would really benefit the team.

Traditionally, RCR has been strongest as a one or two-car operation. Back in 2009, Childress attempted to field four cars full-time with disastrous results. Fielding three cars for much of the 2010s gave way to a slow decline for the team, especially after Kevin Harvick left. After years of struggle, Childress seems to have found the sweet spot with two teams challenging for playoff spots each year. But with Austin Dillon locked into the No. 3 car and the team looking to secure Reddick over the long term, where does that leave Hill and Creed?

When it comes to Chevy prospects, the real growth opportunities are not with old guard teams like Hendrick and Childress. Instead, the next Chevy drivers that reach the Cup Series will likely be racing with up-and-coming organizations. Trackhouse already has a promising lineup with Chastain and Daniel Suarez. Team owner Justin Marks’ deep pockets and connections with potential sponsors also give the organization plenty of room to grow.

Kaulig has taken a methodical approach to NASCAR, slowly building up its Xfinity program before diving into a full-time Cup Series effort with Justin Haley. Kaulig’s second Cup car, split between Gragson, Allmendinger and Hemric will likely have just one driver next year. Even Petty’s team, which was constantly strapped for funding over the last few years, could be a potential landing spot thanks to the partnership with GMS.

The key for Chevrolet is to maintain a steady flow of technical support to the smaller teams. Just as Toyota found out that it cannot rely solely on Joe Gibbs Racing for NASCAR success, Chevy must look beyond Hendrick and Childress to stay at the front of the pack.

NASCAR’s cost-saving measures with the Gen-7 car have laid the groundwork for a new wave of drivers and teams to compete in the Cup Series. It is now up to Chevrolet, like other manufacturers, to find the balance between competition and cooperation among all their teams.