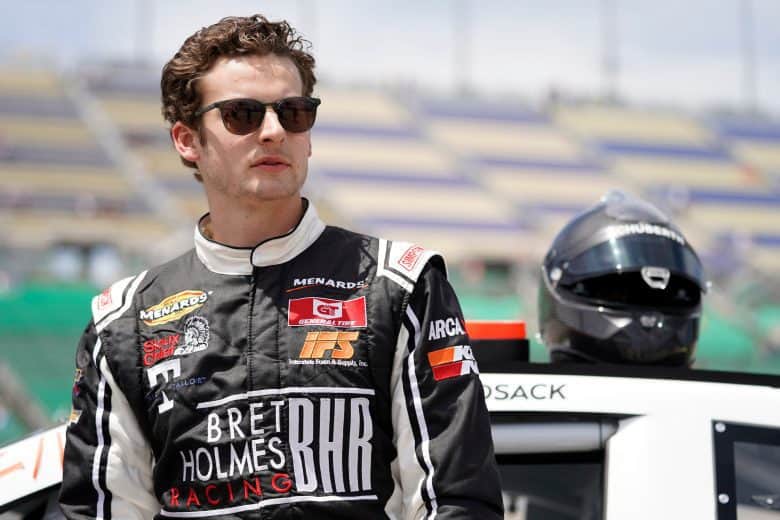 Twenty-three-year-old Connor Mosack will make his NASCAR Xfinity Series debut when the series makes its inaugural visit to Portland International Raceway. Mosack will drive the No. 18 Joe Gibbs Racing Toyota, the team announced Wednesday (May 25).

Mosack will be sponsored by OpenEyes.net in the 75-lap race around the 1.964-mile, 12-turn road course in Portland, Ore.

“Our Xfinity Series program was designed to provide opportunities to racecar drivers like Connor who are looking to expand their careers by challenging themselves in a very competitive racing series,” Joe Gibbs Racing NASCAR Xfinity Series/Development Executive Vice President Steve deSouza said in a release. “Connor has accomplished quite a bit in a relatively short period of time in Trans Am and we’re proud to help further his development in NASCAR.”

Of its three full-time Xfinity entries, the No. 18 is the lone JGR entry not to win yet this season as full-time drivers Brandon Jones and Ty Gibbs have both been victorious. The No. 18 currently is 12th in the owners’ points.

“Every race is a new opportunity to learn and apply the lessons from your last race,” Mosack said. “I feel like I’ve learned a lot in Trans Am thanks to the coaching I’ve gotten from Scott Lagasse Sr. and Jr., at TeamSLR, and I genuinely want to see how it all translates to the Xfinity Series. I’m looking forward to the experience of working with Joe Gibbs Racing and their veteran crew chief Jason Ratcliff in my debut at Portland, and we’re all grateful to represent OpenEyes.net.”

“For me, seat time is really the most important thing, and experience in just about any car is really helpful,” Mosack continued. “Knowing you can be fast in the Trans Am Series gives you the confidence that you can drive fast and be competitive in other series. That’s my biggest takeaway as I get ready for my Xfinity Series debut at Portland.”

Currently racing full-time in the Trans Am Series, Mosack has also made eight starts under the ARCA Menards Series banner. Overall, he has one top five and four top 10s with a career-best finish of fifth place in the main series’ most recent race at Kansas Speedway.

“We are honored and thrilled that Connor and Joe Gibbs Racing chose to showcase Open Eyes by putting us on board as Connor makes his debut in the NASCAR Xfinity Series,” Open Eyes President Denny Matthews added. “Our purpose of accelerating the Gospel to the unreached and underserved is fast-tracked as a result of our partnership with Connor. Our global team joins me in wishing Connor great success as he pursues his passion in the Xfinity Series.”

Mosack will make his Xfinity debut on Saturday, June 4 at 4:30 p.m. ET with TV coverage provided by FOX Sports 1.