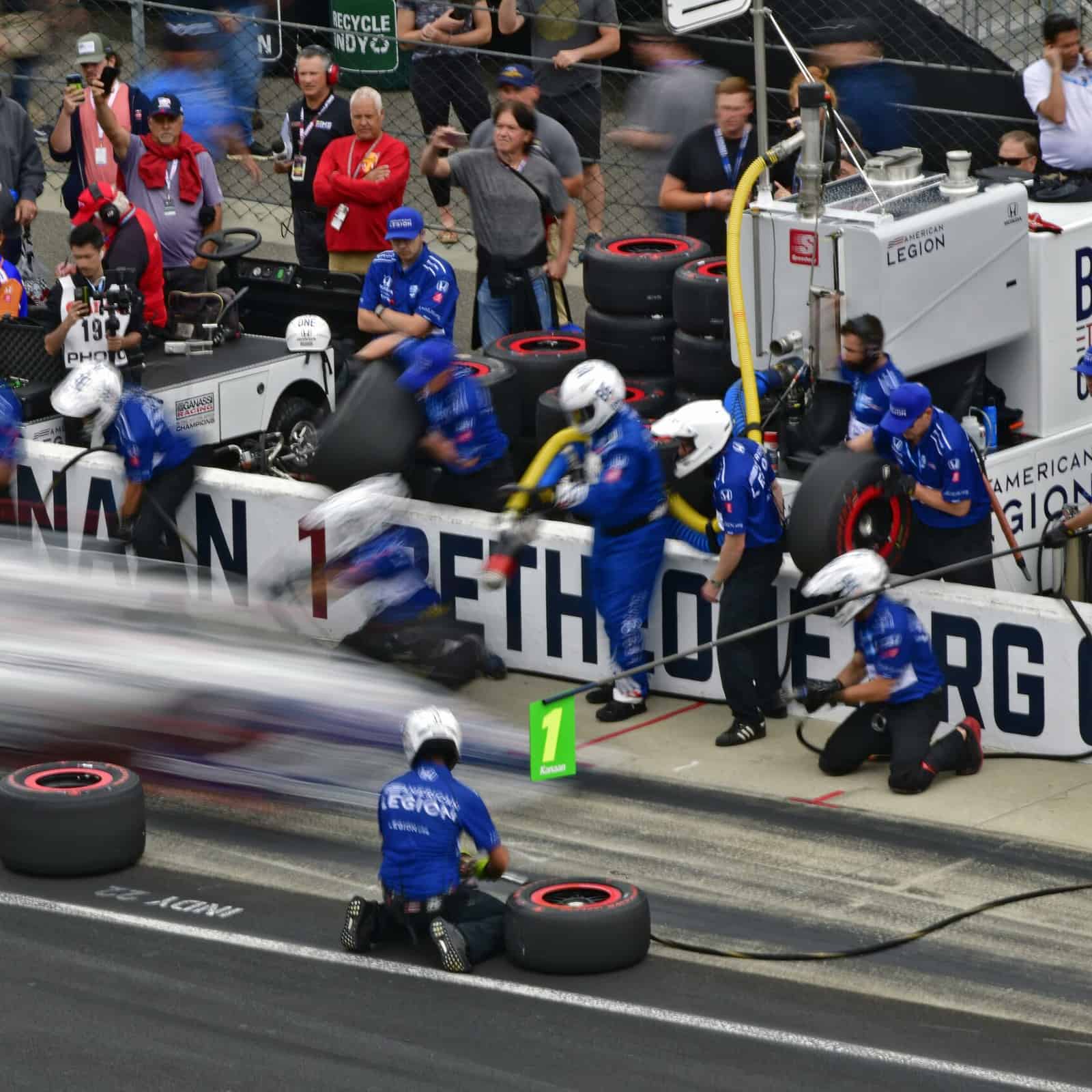 INDIANAPOLIS — As Tony Kanaan topped the speed charts during Carb Day practice for the 2022 Indianapolis 500, two crews were hard at work in the garage area working on their cars for Sunday’s (May 29) race.

Kanaan went around the 2.5 mile oval at an average speed of 227.114 mph in the No. 1 Chip Ganassi Racing Honda. The 2013 Indianapolis 500 winner led a Chip Ganassi Racing 1-2-4-7 in the final practice session ahead of the 106th running of the Greatest Spectacle in Racing.

“We went through some pit stops,” Kanaan said. “We just really ran all day in traffic. It wasn’t much to do. We’ve been happy with the car all week. That is no secret that the cars are good. Obviously we’re [a] one-off. We tried to get the guys in the pit stops. We did a few pit stops there, run a couple things. But honestly we didn’t change anything.”

While Takuma Sato was third fastest in the No. 51 Dale Coyne Racing with Rick Ware Racing Honda, teammate David Malukas had the first accident of the abbreviated practice session.

The No. 18 Dale Coyne Racing with HMD Motorsports Honda had contact with Santino Ferrucci as the pair entered the first turn. Malukas cut a tire from the contact and spun, hitting the wall with the left side of the car.

The team will not have to go to a backup car as the primary car is repairable.

“I am all OK,” Malukas said. “That was a very big hit, probably one of the biggest hits I’ve felt, and I came out with just a small bruise.”

While Malukas was speaking outside of the infield care center, Colton Herta was following Sato through turn 1 and got loose. The Californian tried to correct the car’s direction, but the No. 26 Andretti Autosport Honda hit the wall.

Air got underneath the car, flipping the car upside down. The car slid on its roof until coming to a stop in the second turn. The mechanics were getting Herta’s backup car out of the nearby garage stall as the damaged primary car was arriving to Gasoline Alley.

“I think I was just going a little bit too fast for that corner,” Herta said. “Had a wiggle, then the air got underneath it, but yeah, I’m all good.

"Thankful for a lot of things. The aeroscreen is part of that." – @ColtonHerta

The driver of the No. 26 has been seen and released after this incident in #CarbDay practice at @IMS.#INDYCAR // #Indy500 // @FollowAndretti pic.twitter.com/I7zhuAGspM

“Is that the backup car, the road/street course car, or the pit stop competition car?”

Malukas and Herta were checked and released from the infield care enter.