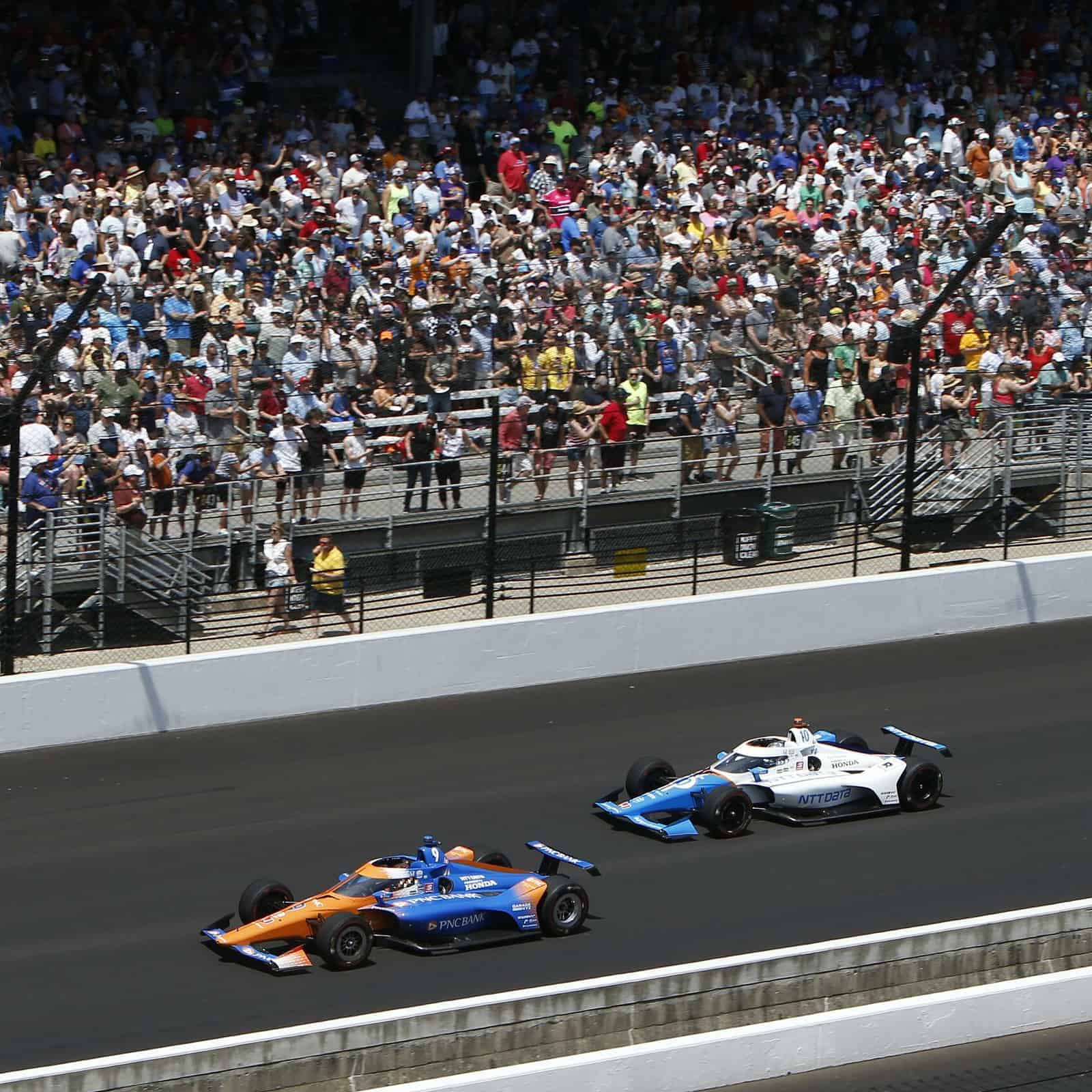 INDIANAPOLIS —Legend has it that the Indianapolis Motor Speedway picks its winners. The Speedway picked Marcus Ericsson, but also dealt cruel twists of fate to most of his Chip Ganassi Racing teammates.

While Ericsson carried the spoils of victory and Tony Kanaan finished a solid third, Alex Palou, Scott Dixon and Jimmie Johnson all dealt with the sorrow of defeat at Sunday’s (May 29) Indianapolis 500.

Ericsson used a well-timed fuel stop and hard charging in the final quarter of the 200-lap race to get the No. 8 Chip Ganassi Racing Honda to the front. Some creative weaving in the final five miles of the race helped keep the Swedish driver in front of the attacking Pato O’Ward as the race concluded.

Behind the leading duo, Kanaan briefly lost third place to Felix Rosenqvist, but the 2004 IndyCar Series champion managed to recover the position before the race ended. Kanaan kept his car underneath him to finish the race, which could not be said of Johnson.

After pitting late in the race, Johnson lost control of his car in the second turn with just over a handful of laps to go. The crash led to a late race caution that turned into a complete race stoppage with only four laps remaining.

This incident with @jimmiejohnson in turn 4 is what brought the red flag out with 4 laps to go.

“It just spun around,” Johnson said. “I was really surprised that it turned around that early. I don’t know the situation, the bad situation I put myself in, but it came around so quick, so I hate to do that, hate to do that that late in the race, very treacherous environment out there, learned a lot, track position was the name of the game and we just never had it all day long and had the crash there at the end.”

While Johnson’s race ended on a flatbed, Dixon’s in essence ended on pit road. As the 2008 Indianapolis 500 winner approached the pits to make his final scheduled pit stop, Dixon locked up his brakes entering pit road as the New Zealander was going too quickly.. Race control then called the penalty: Dixon had to perform a drive-thru penalty for speeding at the entrance of pit lane.

Just like that, another #Indy500 win slips away for @scottdixon9 after a pit lane speed violation.

“It’s just heartbreaking, to be honest,” Dixon said on pit road after the race. “It must’ve been very close. I kind of came into the pits and locked the rears, and then kind of locked all four [brakes] and I knew it was going to be close. I think it was like a mile per hour over or something. Just frustrating, the car was really good all day and we had really good speed. I think the team did an amazing job on strategy, I just messed up.”

Dixon led 95 laps in what was probably the best car in the race. However, one small miscue cost the six-time IndyCar Series champion any chance of his second victory in the Greatest Spectacle in Racing.

While Dixon lost any chance to win on pit road, Palou had a pit road setback of his own early in the race. As Callum Ilott’s race ended against the turn 2 wall, Palou entered pit road for his second scheduled fuel stop, but the car wasn’t over the commitment line before the pits were closed.

Palou had to pass through the pits without taking service and after trying to save fuel under caution, the 2021 IndyCar Series champion had to pit for emergency fuel service, resulting in the No. 10 Chip Ganassi Racing Honda having to line up 30th for the lap 78 restart.

“I had lots of fun during this race, obviously there was one point where my heart broke in pieces but we continued going and we had a good result at the end of the day,” Palou said. “We just didn’t have the luck we needed today. We had a really strong car, we were extracting everything from it, playing a little bit with Dixon at the beginning and then at the end I couldn’t have done anything different with that yellow. Wrong place, wrong time, but we’ll come back again next year.”

As long as one Chip Ganassi Racing car ended up in victory lane, the teams’ eponymous boss was happy.

In nascar Jimmie was one of my favorites but in Indy cars Jimmie just isn’t very good. Well Jimmie, you had track position in the beginning but quickly lost that and it was over for you early.

The MILKA DUNNO of Indy Car.