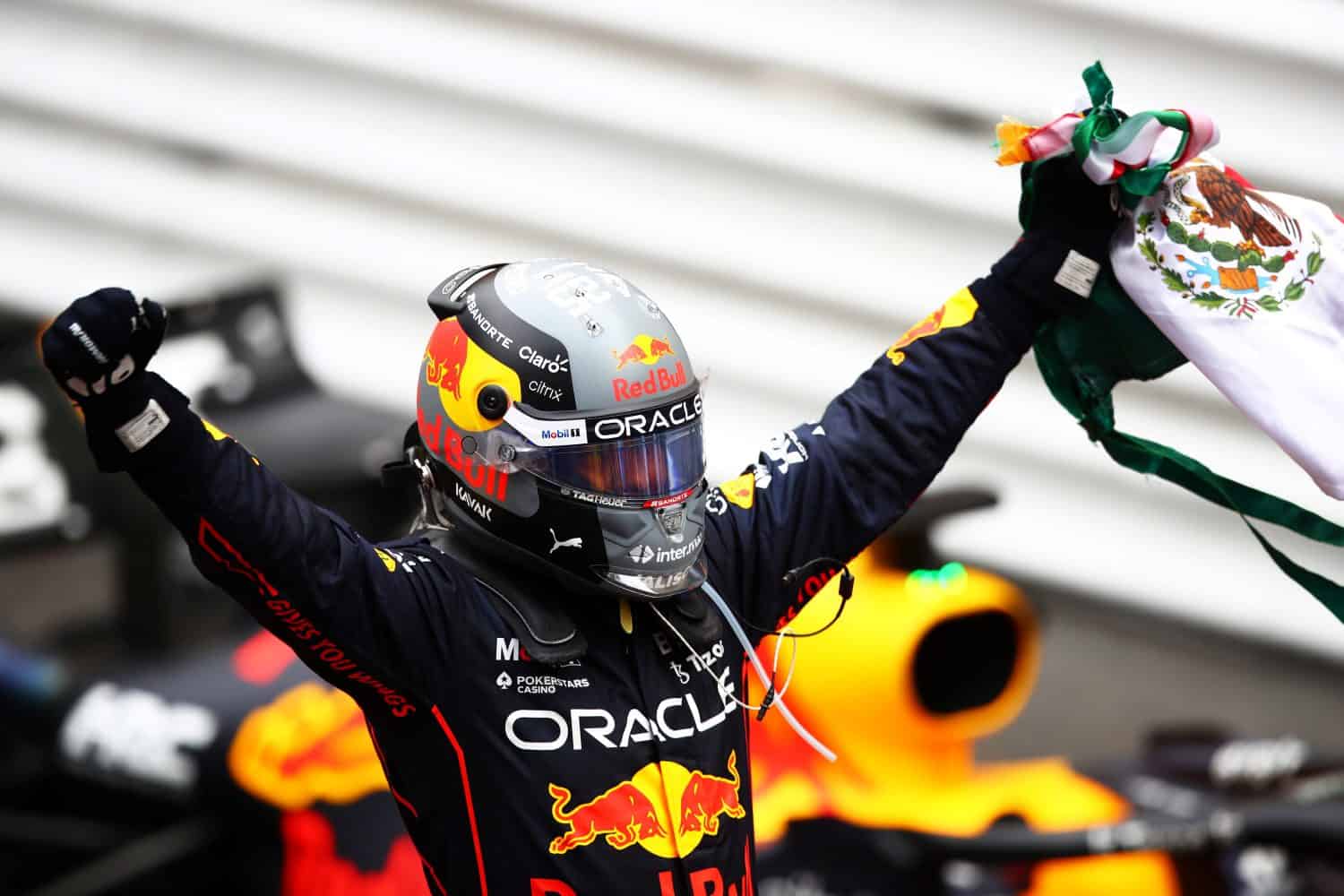 Red Bull’s Minister of Defense, Sergio Perez, lived up to his nickname on Sunday after holding off Carlos Sainz in the closing laps to win a shortened Grand Prix de Monaco in Formula 1.

The race, plagued by an hour-long delay due to weather and then a lengthy mid-race red flag, was only able to complete 65 laps of the scheduled 78 before the two-hour clock on the race expired.

With the rain hitting the track, there was a delayed start for the race in order to give teams the chance to change their tires. The formulation lap, which started 16 minutes after the scheduled start of the race, was behind the safety car. After two laps, the cars were called back into the pits due to the rain picking up. Around 40 minutes later, the drivers were called back on to the track and after two more laps under the safety car, a rolling start was initiated by race control.

Before the rolling start, Lance Stroll (14th) and Nicholas Latifi (15th) incurred damage to their cars by sliding into the barricade. Both were able to continue but began the race pitting and never recovered.

In the transition from wet tires to dry tires, Ferrari came down pit road and double stacked their drivers. The Red Bulls were then able to run another lap on the wet tires and were able to over-cut the Ferraris, allowing Perez to take the lead from Sainz while Max Verstappen settled in third. A frustrated Charles Leclerc had to assume fourth after starting from the pole. The top four went unchanged to the finish.

On lap 27, Mick Schumacher had an unclear issue that caused him to hit the turn 15 (right after the swimming pool chicane) wall so violently that the car split in two, Schumacher was able to walk away from the incident. Teammate Kevin Magnussen also did not finish due to a loss in water pressure.

Mick Schumacher walks away from his car after crashing into the barriers at the Swimming Pool section #MonacoGP #F1 pic.twitter.com/yHQszKxGpg

A red flag to fix the barriers came out on lap 30 after the safety workers removed Schumacher’s car. Later on, Alex Albon retired from the race with 15 minutes to go on lap 50.

George Russell continued his run of being the only driver to finish top five in every race this season with his fifth-place finish. Lando Norris almost got to Russell in the end on 21-lap fresher tires but couldn’t get by the fellow Briton and finished sixth.

Fernando Alonso (seventh) spent much of the second half of the race holding off Lewis Hamilton (eighth), causing all of the drivers behind the pair to be bunched up for several laps. Esteban Ocon initially finished ninth, but was accessed a five second penalty for causing a minor collision with Hamilton and instead finished out of points in 12th. Valtteri Bottas instead finished ninth, while Sebastian Vettel walked away with a point in 10th.