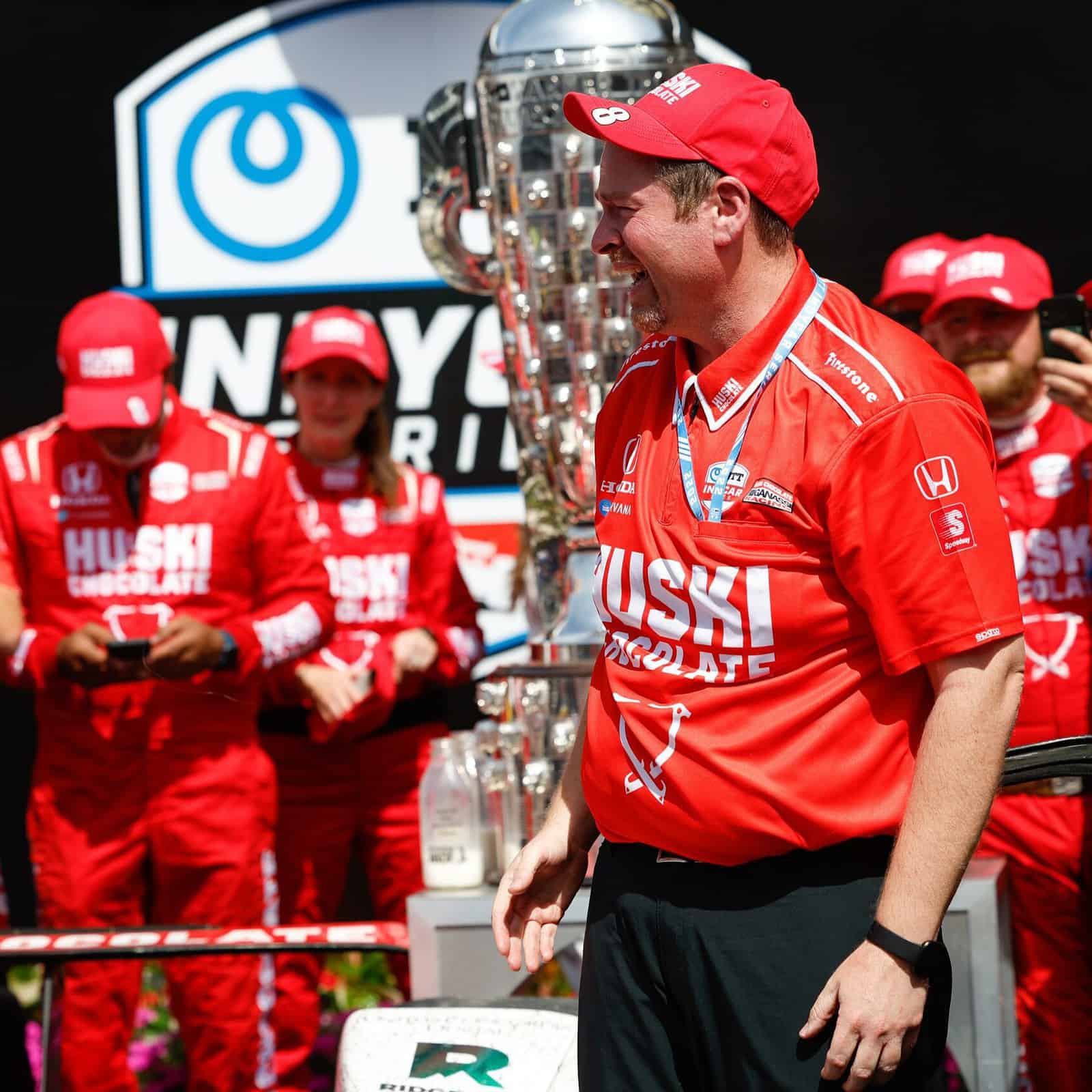 The night before the 106th Indianapolis 500, Brad Goldberg visited his father’s gravesite.

David Goldberg would take his young son to Indianapolis 500 practice, but after passing away when Brad was only nine years old, one of David’s best friends continued taking Brad to practice at the Indianapolis Motor Speedway after school let out for the day.

Goldberg’s passion for racing led him to a career as a race engineer for Chip Ganassi Racing, a team he’s been with for 20 years. On Sunday (May 29), Goldberg’s childhood dreams came true as the car he engineered won the Indianapolis 500 with Marcus Ericsson behind the wheel.

The path to victory was one of intense study, especially over the last 100 miles of the race. Ericsson’s race strategist Mike O’Gara was looking with Goldberg at the lap times of the cars that stopped early for their final pit stops of the race. As long as Ericsson’s times were as fast or even faster than the cars that had stopped, then it was worth risking staying out in case there was a yellow flag that would ruin their strategy.

Once O’Gara and Goldberg knew that Ericsson would not go a lap down to the race leaders and that he would come out of the pits behind a fast car that would tow him around, the call to pit came from the No. 8 Honda’s timing stand.

Pato O’Ward was leading the race with Ericsson just over a second behind, and both went to the pits together on lap 177. The duo left the pits together, and Ericsson got a tow to get up to speed quickly and attack.

“We knew the car was fast, and it’s just a matter of getting clear air and the momentum and having a gap and then letting her, letting her catch the tow and letting her rip,” Goldberg told Frontstretch. “And as soon as we did, I think [Ericsson] cranked off a 224 mph lap, like on his first timed lap or something like that. And it’s like, ‘Holy smokes, we’ve got something here!’”

Ericsson ran the fastest lap of the 2022 Indianapolis 500 on lap 179 at 224.852 mph. Two laps later, Ericsson turned his second-fastest lap of the race when he passed O’Ward, but there was another car to contend with.

O’Ward’s teammate Felix Rosenqvist had leapfrogged both cars by having a faster elapsed time on pit road (33.1613 seconds) than O’Ward (34.8775 seconds) and Ericsson (35.2194 seconds). Ericsson passed Rosenqvist for the effective lead of the race while turning his fourth fastest lap of the race on lap 183.

The pass on Rosenqvist was for ninth place, which became seventh when two more cars pitted on that lap. Every car in front of Ericsson still had to stop. Ericsson kept his foot down and built a three second lead over O’Ward while every car in front pitted.

The race wasn’t over yet.

After Jimmie Johnson hit the wall on lap 194, INDYCAR threw the yellow flag, and then a red flag to ensure there would be a green flag finish while the debris from the No. 48 Chip Ganassi Racing Honda was cleared away. Ericsson was upset, but Goldberg reassured his driver that things were okay.

The race resumed with two laps to go. Ericsson put on a masterclass of defensive driving, snaking his way down the front and back straights to prevent O’Ward from getting a good tow. O’Ward’s car nosed ahead of Ericsson’s on the way to turn 1 for the final time, but Ericsson kept his foot flat on the throttle and stayed in the lead. As Ericsson was going through turn 3, Sage Karam hit the wall exiting turn 2, bringing out the yellow flag.

Goldberg still wasn’t thinking that the race was over. There was still a half mile to go, and anything could happen or something could break. Ericsson shortly thereafter won, and the celebrations began for the crew while Ericsson slowly drove around.

“I told him on the cool down lap to just think about his family,” Goldberg said. “Think about the people that have been behind him from the beginning. Think about all the mechanics, families, think about everybody’s family and all the blood, sweat, and tears that everybody’s put in, and think about everything he’s had to get through to get to this moment in his life. I got no response, but I know why, he probably couldn’t talk!”

Goldberg became Ericsson’s race engineer in 2020. The Canadian was a race engineer on the Ford GT sports car program that Chip Ganassi Racing ran in IMSA until that program ended following the 2019 racing season. O’Gara had high praise for his co-worker.

“Brad has been one constant [on the crew],” O’Gara said post-race. “I’ve known Brad since he was in college, 19, 20 years old. It was cool to see him grow as an engineer. He’s one of the strongest guys we’ve got upstairs in the engineering room.

“He and Marcus spend a lot of time together at the shop, away from the shop, at the simulator. They’re always talking, always thinking. I think Brad has helped teach Marcus race craft, and they’ve taught each other.”

In that time spent together, Ericsson and Goldberg refocused their efforts in oval races to move Ericsson up in the championship after he finished sixth in IndyCar points in 2021. That shift in focus paid off earlier in the season at Texas.

Ericsson’s car wasn’t very good at the start of that race, but with confidence and adjustments, Ericsson anonymously finished in third place while the rest of the motorsports world focused on Josef Newgarden passing Scott McLaughlin for the win in the final corner and Jimmie Johnson finishing sixth in his first IndyCar race on an oval.

Goldberg and Ericsson’s efforts paid off again during Indianapolis 500 qualifications, with Ericsson qualifying fifth. After winning the big race, Ericsson now leads the IndyCar points as the series heads to Detroit.

As for Goldberg, he’ll be making another visit to see his father soon.

“I feel like I’m going to go visit him tomorrow with some hats,” Goldberg said as the victory celebrations continued. “I just try so hard to make him proud. It’s hard, at the end of the day I just want to make him proud. And he meant so much to me in, in my family and I miss him dearly and he was with us, especially in those last few laps.”

How could Marcus Ericsson not be penalized for blocking. He crisscrossed the track several times on the front and back stretch.
Remember when Helio was penalized for going straight on the restart in Cleveland.

Nice article! Team Ganassi is luky to have such talented people like Goldberg.