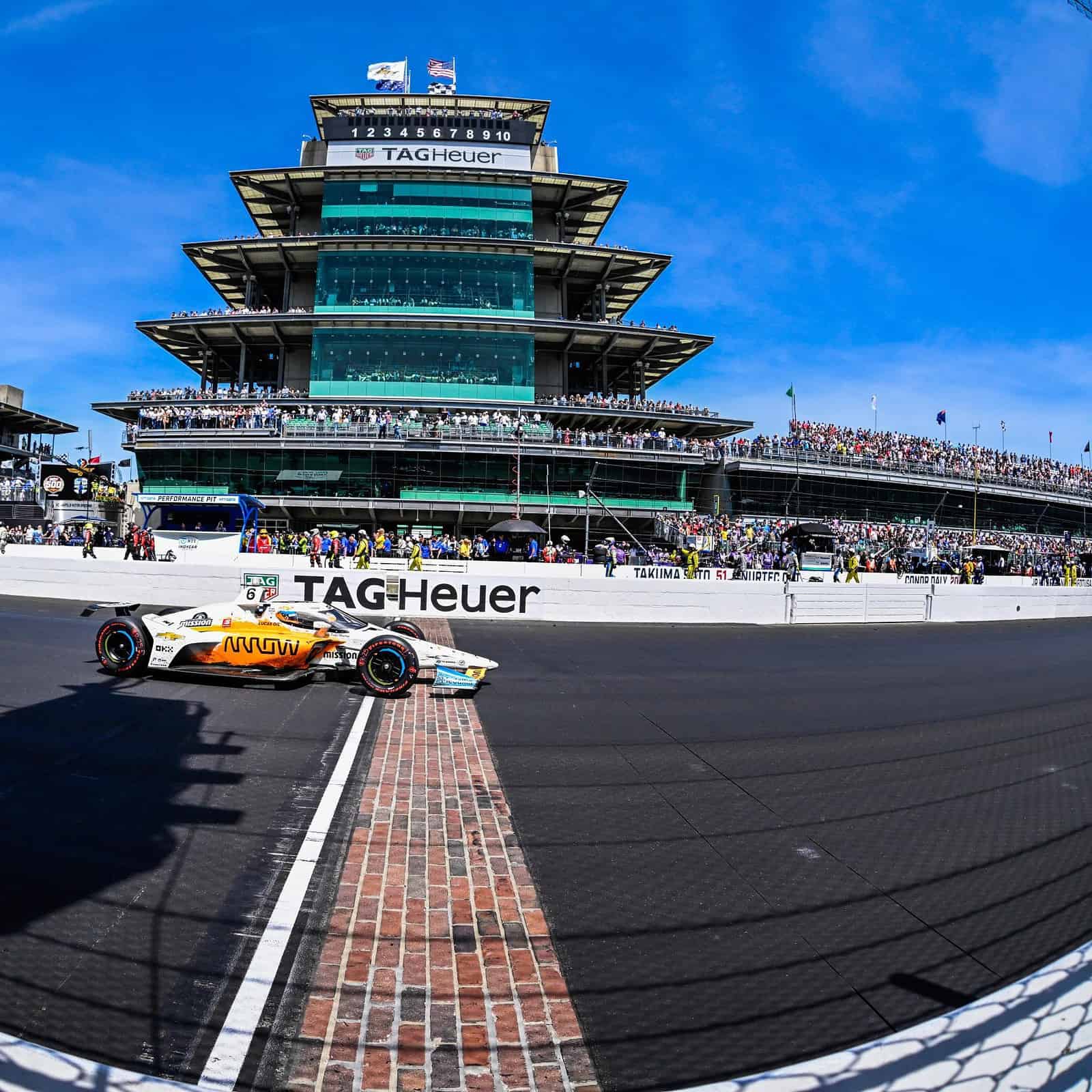 Juan Pablo Montoya was adamant through many interviews that he had a good car for the 106th Indianapolis 500. The two-time Indianapolis 500 winner started 30th in Sunday’s (May 29) race, and ultimately proved himself correct in his assertions.

The Colombian made his way through the field with pass after pass, including a bold move on Sage Karam in the south short chute as the race approached its final 100 miles. After running as high as 10th, the 1999 CART champion had to settle for 11th place. Fellow former Formula 1 competitor Marcus Ericsson was victorious.

“We had that issue in qualifying that really put us behind, and we couldn’t re-run or anything,” Montoya told Frontstretch. “So we just screwed ourselves completely. I think if we would’ve been up front, we had the right downforce, but for back there, I think we were too light and we just, we were degrading too much.”

The qualifying issue Montoya is referring to is failing pre-qualifying technical inspection. All cars must go through inspection in the morning before making an attempt to qualify, and Montoya’s No. 6 Arrow McLaren SP Chevrolet did not pass.

Montoya said that one of the rear strakes on his car was cracked. An INDYCAR official pulled on it and it broke.

“They didn’t say go put another one and that’s it. No, no, no, they kicked us out,” Montoya said. “Yeah, I mean, that’s kind of shitty because it’s not like we were cheating with anything and the part wasn’t even broken when we got there, the guy saw it was kind of angled and he said, ‘Oh, that’s kind of weird. And he pulled on it and it broke.”

When the field got the green flag for the final shootout with two laps to go, Montoya was just trying to make it to the end. His final pitstop with 26 laps to go was one of the earlier ones in that sequence, so trying to gain positions in the final two laps was not going to happen.

Moving through the field was fun, but was difficult after starting so far back in the running order.

“It’s always a blast. It felt really comfortable this month. Last year, I hated it, it was tough. This year, I was really happy with the car.”