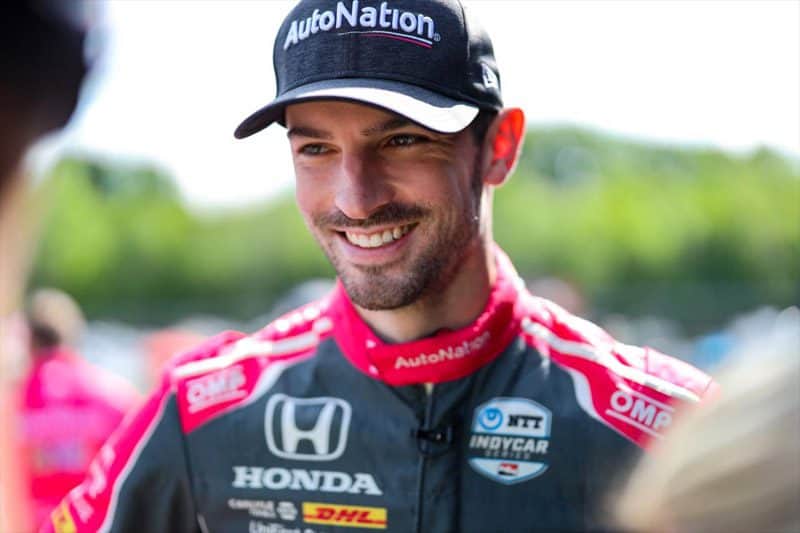 Alexander Rossi will move from Andretti Autosport to Arrow McLaren SP on a multiyear deal beginning in 2023 in the NTT IndyCar Series, Arrow announced on June 2.

The announcement comes just one day after Andretti announced that Kyle Kirkwood will replace Rossi at Andretti next year.

“First, I want to thank everyone at Andretti Autosport for an incredible seven years,” Rossi said in a team release. “It has been a great ride with an awesome team, and it has been an honor to race for the Andretti name and for Michael [owner of Andretti Autosport] for so long.  The time has come for a new challenge, with a team that is growing in the sport. I look forward to contributing to the development of Arrow McLaren SP and helping them reach the top.”

Arrow recently resigned its flagship driver, Pato O’Ward, to a new deal just before the Indianapolis 500, that keeps O’Ward with the team through 2025.

Rossi’s car number has not been announced.

“As we look forward to 2023, we are looking for a driver that will be a great fit and bring experience to this team,” Taylor Kiel, Arrow president, added.  “Alex is a great driver who knows what it takes to succeed in this sport and will strengthen our talented driver lineup.  He shares the same winning mindset that I see every day across Arrow McLaren SP and I think we will find a lot of success together in the years to come.”

Fresh off of a fifth-place finish in the Indianapolis 500, his best of the season so far, Rossi currently sits 11th in the IndyCar standings, 85 points behind current leader and Indy 500 champion Marcus Ericsson.