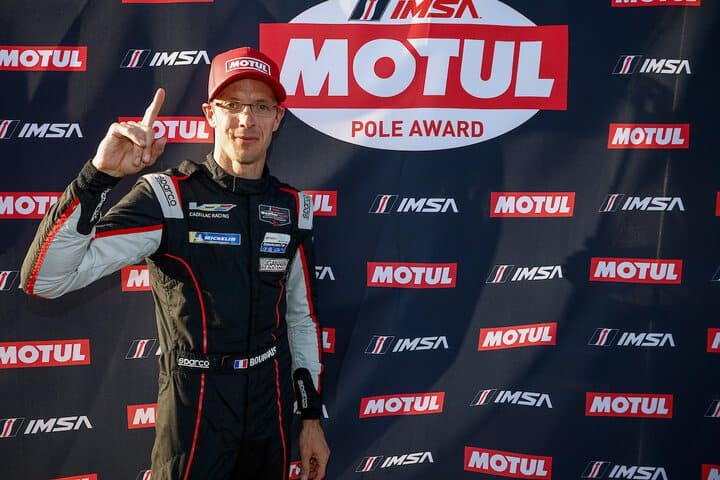 Chip Ganassi Racing’s Sebastien Bourdais kept up the tear that he has been on in qualifying Friday (June 3) by winning the pole for Saturday’s Chevrolet Sports Car Classic at The Raceway of Belle Isle with a lap at 107.336 mph. The lap, which is a new track record for IMSA at Belle Isle, is Bourdais’s fourth of the year.

The DPi qualifying session was not really dissimilar to other recent qualifying sessions. Action Express Racing was quick early on, this time with debutant Olivier Pla in the car instead of Pipo Derani. Then, Ricky Taylor put his Acura at the front of the field.

Then, with a couple of minutes to go, Bourdais put himself on top. Meyer Shank Racing with Curb-Agajanian’s Tom Blomqvist challenged late, but Bourdais set the track record on his final lap of the session.

In GTD, VasserSullivan’s Kyle Kirkwood is a pretty busy man this weekend. In addition to filling in at VasserSullivan, he also has his full-time commitment to AJ Foyt Enterprises in the NTT IndyCar Series.

Kirkwood was able to continue his excellent day by putting VasserSullivan’s No. 17 Lexus on the GTD pole with a lap at 94.954 mph. This comes after topping the class in Practice No. 2.

The Chevrolet Sports Car Classic is scheduled to go green at 3:10 p.m. ET Saturday. The race will air live on USA starting at 3 p.m.