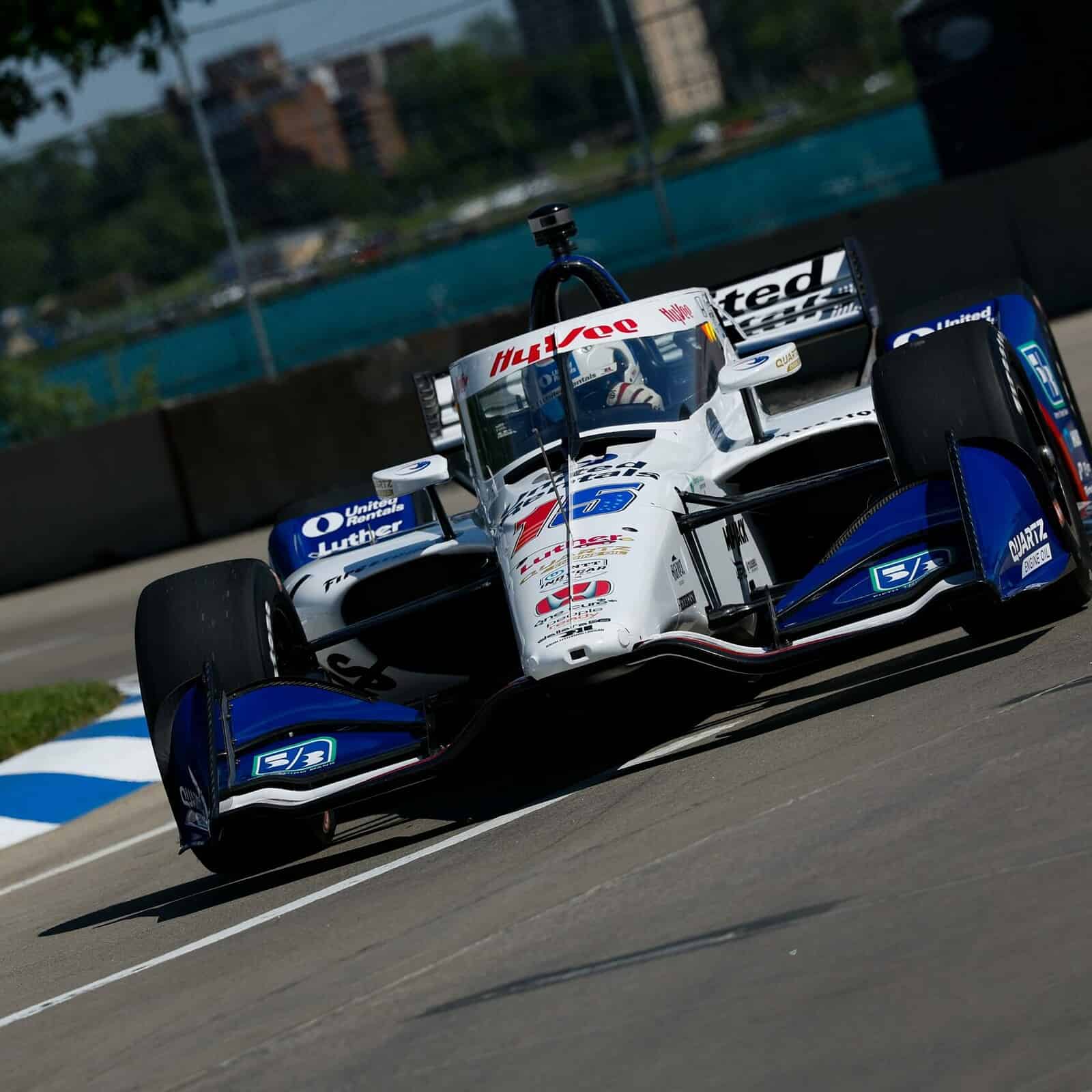 DETROIT— For the Rahal family, Belle Isle is a special venue. The island between the cities of Detroit and Windsor, Ontario Canada first hosted the CART’s PPG IndyCar Series in 1992, and that race was a pivotal one for Bobby Rahal.

As Rahal’s No. 12 Lola was in third place behind Paul Tracy and Michael Andretti, the leading duo briefly touched and held each other up going through what is now the fountain complex on the back side of the circuit.

Rahal pounced at the opportunity and snatched the lead from underneath both drivers’ noses. Tracy fell out with Gearbox trouble, leading to a shootout at the end of the race. Rahal led Andretti but Andretti spun in the final moments of the race, fading to fourth place. Rahal took his second of four wins in the 1992 CART season en route to that year’s national championship.

Bobby’s son Graham Rahal came to Belle Isle a lot as a kid while his father raced, running around the island and enjoying himself as all kids would. The younger Rahal followed in his father’s footsteps and created some history at the same venue 25 years later, though with a modified track layout to encourage passing.

The Ohio native led the most laps in both races in the doubleheader weekend before sweeping the weekend as the only driver to win both races when Detroit was a doubleheader weekend for the NTT IndyCar Series. Sunday’s (June 5) race marks the final race at Belle Isle before a new track in downtown Detroit takes over as the venue, using part of the old circuit that hosted Formula 1 from 1982-1988 and CART from 1989-1991.

“I mean [Belle Isle]’s been a good place, for sure,” Rahal told Frontstretch. “It’s a track that we like a lot, a lot of fond memories coming here whether it be as a kid or as a driver myself, so we’re going to miss it out here. Obviously we’re looking forward to downtown as well, I think it’ll be great. With GM’s involvement in the sport, it’ll be great to race downtown right around their building and everything else, but it’s definitely been a good place to our family.”

Rahal’s first race at Belle Isle was in 2008 after the IndyCar/ChampCar merger. That race went to his Newman/Haas/Lanigan Racing teammate Justin Wilson less than a month before the death of team co-owner Paul Newman.

The first two practice sessions were not kind to the second-generation racer as he was 19th in Friday’s (June 3) session and 20th in the Saturday (June 4) morning session.

“The car was really, really harsh in the first run,” Rahal said on Friday in a team release. “I thought maybe we got a little bit better, but the tire degradation is quite poor. We’ve just got a bit of a challenge on our hands here which is frustrating. We didn’t run new tires and I think some guys did, but not everybody, but we certainly expect to be up a lot higher up than that.”