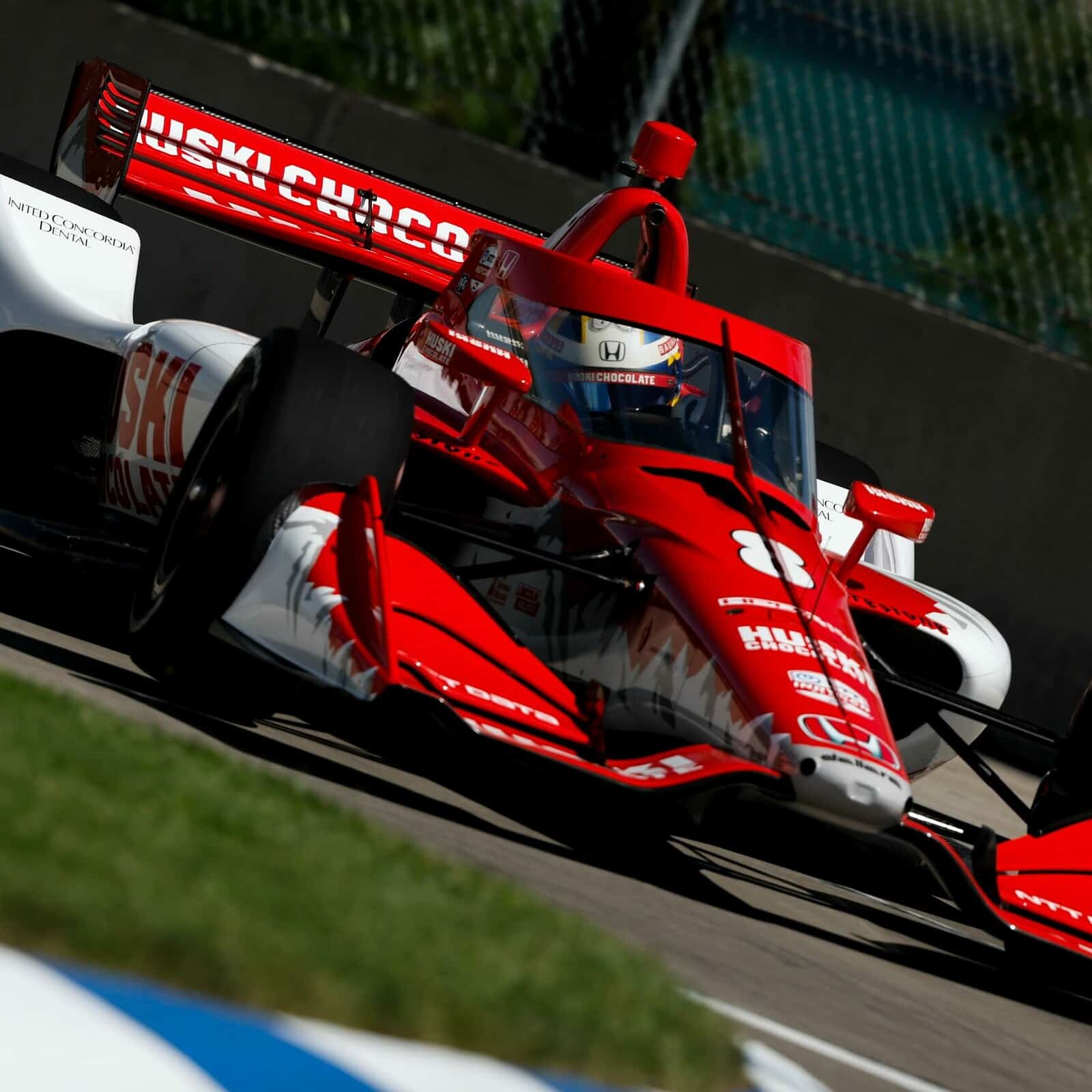 DETROIT— A week after earning the biggest win of his IndyCar career at the Indianapolis 500, Marcus Ericsson finished seventh in Sunday’s (June 5) Chevrolet Detroit Grand Prix at Belle Isle Park.

After dropping as low as 12th in his opening stint, Ericsson fell to 22nd after the first pit stop. After putting the more durable black sidewall tires on, Ericsson slowly started to work his way to the front after other cars that were on three-stop strategies made their second pit stops.

The Swedish racer was as high as fourth before pitting for the final time on lap 45 and found his way back to his original starting position in eighth. That eventually became seventh place after Ericsson passed Simon Pagenaud on the race’s final lap.

“I sort of had a plan before the race to really be careful with [the red tires] and just try and get them to the [pit] window,” Ericsson told Frontstretch. “I think I did that well, but I think maybe I saved a bit too much. We lost a bit too much time on that first stint which cost us later.”

Ericsson’s result comes after a long media tour in New York City following winning the 106th Indianapolis 500 on May 29th. Between ringing the bell to start trading at the New York Stock Exchange, throwing out the first pitch at a New York Yankees game and all of the other TV, radio and other appearances, it can be a massive distraction affecting preparation for Detroit just a few days later.

After winning the Indianapolis 500, no driver had ever won the race immediately following Indianapolis. Several drivers came close though, including Dario Franchitti in 2012 with a second, Takuma Sato with an eighth and fourth in the 2017 doubleheader and Will Power with a seventh and a second in the 2018 doubleheader.

“I thought it probably was gonna be worse because everyone’s was telling me it’s like impossible to go race after you’ve won the 500,” Ericsson said. “But I thought it went quite well, to be honest. I was, like I said, straight out of the box in practice one on Friday, I felt good. I felt confident in the car and we were fast every session pretty much. So I felt better than I expected.”

Ericsson won last year at Detroit after misfortune struck Power. Power’s car would not fire up after a late-race red flag. Ericsson lost his points lead with his seventh place finish, but the 2018 Indianapolis 500 winner only leads Ericsson by three points after winning on Sunday.

“I think it was a good championship day for us, still scoring some decent points,” Ericsson told Dave Burns on the post-race broadcast. “I’m happy for Will, he deserves it after what happened last year here in Detroit and I think that was very tough for him and good for me but I felt bad for him. It’s nice to see him celebrate in the fountain, I know the feeling, so well done to him, but we’re in the fight.”

This was the final race at Belle Isle before the race moves to a new street circuit near the sight of the old Detroit Grand Prix.

The next NTT IndyCar Series race is the Sonsio Grand Prix at Road America on Sunday, June 12. The race airs live on NBC with the broadcast starting at 12:30 p.m. ET.