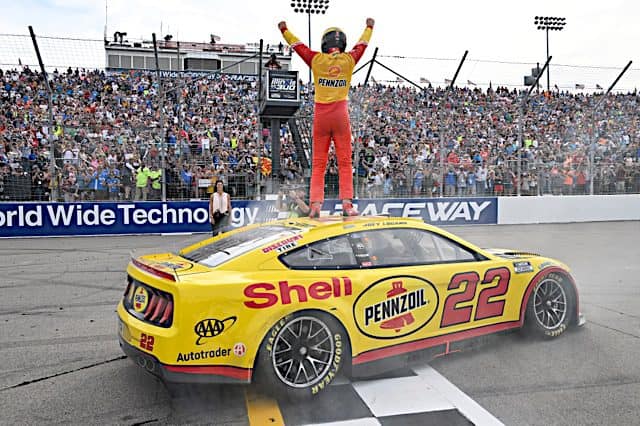 NASCAR had been going to World Wide Technology Raceway at Gateway for years.

The fans of St. Louis and Southern Illinois have supported the track for years and they deserved to have a NASCAR Cup Series race at the speedway. Thankfully, as it all unfolded, the event was wonderful and the racing was exciting and worthy of the wait that the fans of the area put in.

The future of the Cup schedule is in flux for sure. Unfortunately there are contracts and agreements between track owners and the sanctioning body which will limit the amount of flexibility available to the schedule makers. Hopefully, the powers that be can figure out the means to put the races in place to afford the fans the new variety that they so desperately crave.

See also
Dropping the Hammer: The Re-Education of Ross Chastain

It seems as though a street race in Chicago is all but done. The track in Joliet, Illinois put on amazing races but that didn’t save it.

The folks in Daytona do not want to lose the No. 3 market in the country so they are looking at running through the streets of Chicago. Do fans want that? Who knows. The bottom line is that they want to run a street race and Chicago is an untapped market. Expect to see the race on the streets of Chicago, however bad it is.

We also know that Nashville is the crown jewel these days for live sporting events. Nashville Superspeedway is hosting the national series for the short term, but the golden nugget that is the Nashville Fairgrounds Speedway is the dream.

Speeedway Motorsports has a deal in place and there are dump trucks full of cash headed to that beautiful, big half-mile race track. The city of Nashville has done all it could to kill the facility, but it has survived. Now that the power and might of Speedway Motorsports is behind it, expect to see amazing things over the next few months and years to bring a tremendous race to the historic facility.

There are many opportunities in the future for the Cup Series. Portland International Raceway put on an amazing event this past weekend for the Xfinity Series. The track has a history for some outstanding races in various types of cars. Assuming they can put on a couple more great races, the Cup Series should have the option to run there soon.

See also
Did You Notice?: A 2022 NASCAR Season Defined by Near Misses

Interestingly the dirt experiment that is Bristol Motor Speedway may be running its course. There are some other race tracks across the country that can host the Cup Series on dirt, and we absolutely need to have a dirt race. If the sanctioning body can pry itself away from the long-term contracts that it has and look to have a great event for the fans, watch for the Cup Series to end up on a famous dirt track soon.

NASCAR has realized that a variety on the schedule is a good thing and the continued dive into more diversity cannot bring enough variety and excitement. It would be amazing to see the Cup cars on the streets of Las Vegas as a support to Formula 1. Cup cars on the streets of Long Beach would be incredibly exciting. We also need to get further back to our routes. Races at South Boston, Hickory, Stafford and other local venues will draw even more excitement to the sport.

The Cup schedule was stagnant for years and the sanctioning body is finally making strides to diversify the tracks where they race. The series has the potential to be the most diverse in all of motorsports. All we can say is “let’s try more.”

This is tongue-in-cheek, the extra gunfire in Chicago should really make a street race interesting. In reality, can you imagine if someone gets shot or in the middle of a drug deal or a gang shooting while there.
This idea is risky. Extremely risky.

If extra gunfire makes racing in a given city more attractive, then Baltimore (a short 10 miles from where I live), should be considered. I get that Chicago has better numbers but you can’t beat Baltimore for overall “thugness”.

Anyone else want to make a case for their city?

Not my city, but I think NASCAR should go international. How about Tijuana?

Maybe the prize for winning the Chicago street event could be an UZI.

Maybe a drag queen story hour and another apology from NA$CAR.

Nascar street racing makes me laugh till my sides hurt. You have been right all along, Brian is pulling the strings lololol