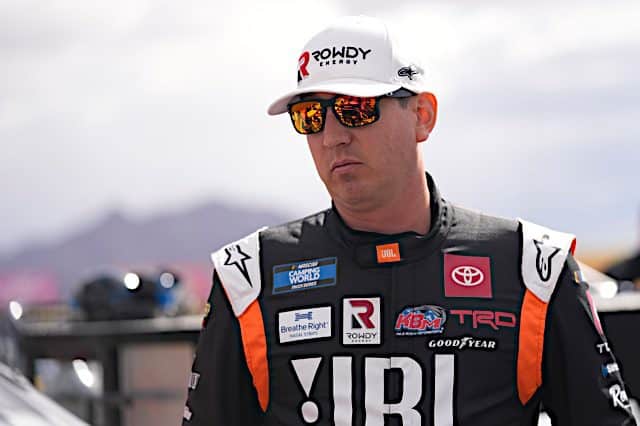 World Wide Technology Raceway at Gateway will return in 2023, while Portland International Raceway has yet to be confirmed. What can be learned for next season if both tracks are back on the schedule?

The announcement that the NASCAR Cup Series will return next season to World Wide Technology Raceway at Gateway came within days.

It helped that the race featured a thrilling overtime duel between Joey Logano and Kyle Busch with a sellout crowd. That has been the story since 2021, as NASCAR has experimented with new markets in Austin, Nashville, Wisconsin and St. Louis and found success with all of them.

When Gateway does come back, however, the Next Gen car will need some tweaks. The new car has been a success on road courses, superspeedways and high-banked intermediates, but it has struggled on flat tracks with minimal banking. The race at Martinsville Speedway was critically panned, and the first race at Phoenix Raceway in March also had struggles with cars passing. The same struggles were seen at Gateway, and the upcoming flat tracks on the schedule will likely suffer the same problems as well. But if NASCAR can figure out a solution to the Next Gen car on flat tracks, it has a new permanent home in St. Louis.

For Portland, the one positive was the attendance. Tens of thousands of fans flocked to the road course in pouring rain to see the NASCAR Xfinity Series in town, and the rainy conditions created exciting racing and battles for the lead.

But the rain and restarts also contributed to half a dozen crashes. Twelve cars crashed out of the race, and there were countless more that had either spun out or suffered significant damage. In addition, the teams complained about the area surrounding the track as well as the costs involved in transporting equipment to one of the most distanced cities on the schedule.

Despite the success in attendance, all of these issues are why a Portland renewal has yet to be confirmed. If NASCAR can find a way to curb the costs for teams, the odds of the track being on the schedule for next year will go up.

Whether or not Portland returns, NASCAR shouldn’t stop exploring new markets. The fans showed up in both Portland and St. Louis, and the trend will likely continue to any new track that NASCAR visits. Whether it’s adding a new road course, returning to a former oval on the schedule, improving the infrastructure of a short track or building an entirely new track, NASCAR should continue its journey in exploring all possible locations.

Who stands to benefit the most from the Cup race at Sonoma Raceway this weekend?

The Cup Series is back on a road course for the second time this season, and the series will head to Sonoma Raceway, where the drivers will vie for the trophy and the wine glass that comes along with it.

Of course, the easy answers to this question would be defending winner Kyle Larson, seven-time road course winner Chase Elliott, Circuit of the Americas winner Ross Chastain or two- and three-time Sonoma winners Kyle Busch and Martin Truex Jr. But giving them as answers wouldn’t be a story.

Austin Cindric started off his rookie season in style by winning the Daytona 500, but he has only scored one top 10 (an eighth) in the 14 races since. But where did that top 10 come from? COTA. Cindric was also one of the best cars in that race, as he led 11 laps and was challenging for the win until a mid-race spin dropped him from the top five to 30th. He then made a valiant effort in the closing laps to get back for eighth. With how strong Cindric was in his road course debut in the Next Gen car, it seems likely that he will be back to challenge for the win again this Sunday.

In the last year, Tyler Reddick has begun to emerge as a solid road racer. In his first eight road course races in Cup, he had three top 10s. But he caught everyone’s attention in the two most recent road races. At the Charlotte Motor Speedway ROVAL last fall, Reddick finished runner-up behind Larson. At COTA a few months ago, Reddick ran top five all day and was leading with two laps to go before fading to finish fifth. He’s been feast or famine this season, but Sonoma will be another place where he will have a chance at his first win.

In 10 Xfinity starts on road courses, Chase Briscoe scored two wins. In 2021, all three of his top 10s were at road courses, and he was a contender to win at the Indianapolis Motor Speedway road course until the final restart. This season, he was battling Chastain for the lead in the middle stages of the race at COTA, even if the finish didn’t show for his efforts. Like Reddick, Briscoe has also had a feast-or-famine season, but when he’s hot at these tracks, he’s as good as anyone in the field.

Christopher Bell emerged as a road racer last season when he scored a shocking first win at the Daytona International Speedway road course. He then backed it up with a second-place finish at Road America last July and a comeback third-place finish at COTA this year after stalling halfway through the race. Could Sunday be his time for win No. 2? He’s hot with eight top-10 finishes in the last 10 races. It would be hard to bet against him contending on Sunday.

Will Kyle Busch go winless in the NASCAR Camping World Truck Series for the first time since 2012?

Anyone that has been watching NASCAR since 2004 has been accustomed to Kyle Busch winning — a lot. Whether it’s in Cup, Xfinity or Trucks, Busch has racked up a combined 223 wins in NASCAR’s three highest levels.

But while Busch is second in points with a win in the Cup Series, the Truck Series this season has been a far different story. From 2013 to 2021, Busch won 31 Truck races in 56 starts, including a perfect five-for-five in 2019.  In 2022, Busch has gone winless in all four starts, with his worst performance coming at Charlotte, where he had an average running position of 10th and finished seventh after leading zero laps.

With Cup drivers maxed out at five starts in the Truck Series each season, this weekend’s DoorDash 250 at Sonoma represents Busch’s final chance to break into the win column. If he doesn’t, it will be the first time that he has gone winless in the lower divisions since 2012.

Busch should be the favorite heading into Saturday’s race. While he hasn’t won this year, he has still had dominant performances in the No. 51 truck. At COTA, he led 31 of the first 44 laps and was cruising to a win until a late overtime set up a finish where Zane Smith snuck by to win after Busch, Stewart Friesen and Alex Bowman made contact in turn 11. With the dominance he showed at COTA, there is no indication that it won’t carry over to another road course in Sonoma.

That said, the field is stacked. Bowman will once again be back with Spire Motorsports, while Cup drivers Harrison Burton, Austin Dillon and Chastain will be racing for David Gilliland Racing, Young’s Motorsports and Niece Motorsports, respectively. Even if Busch looks poised for a win, it will not be an easy task.

Of the Gibbs-Gragson and Chastain-Hamlin-Elliott feuds at Portland and Gateway, which one has a greater chance of carrying over into the rest of the season?

Gateway and Portland each had their fair share of drama, and among the biggest storylines were the feuds between Ty Gibbs and Noah Gragson in Xfinity and the feud that Chastain had with Denny Hamlin and Elliott in Cup.

There have been numerous confrontations and controversies throughout the 2022 season, and it’s not even the first controversy that either Gibbs or Chastain have been involved in.

For Chastain, the feuds with Hamlin and Elliott are probably over unless he runs into them again. They made their displeasure known throughout the race by moving him out of the way and blocking his path. For the final two-thirds of the race, he was walking on eggshells. And to Chastain’s credit, he also apologized profusely in his post-race interview for his driving. The interview didn’t fix the days for Hamlin or Elliott, but it at the very least made the message known that he was embarrassed with himself. That can go a long way when the other alternative for Chastain was doubling down and saying that he did nothing wrong.

For Gragson and Gibbs, it appears that the story is not over. Gibbs dumped Gragson while battling for the lead in stage 2, and Gragson later told Fronstretch during his post-race interview that, “you’ll know when I get him back.” Gibbs also got into a brawl at Martinsville Speedway with Sam Mayer, Gragson’s JR Motorsports teammate.

Furthermore, Gragson bought and showed off his new Jesse Iwuji merchandise on social media this week after Iwuji accidently spun Gibbs under caution while leading at Portland. Safe to say that the bad blood is still there.

No, he will win today. How about that, he won lololol