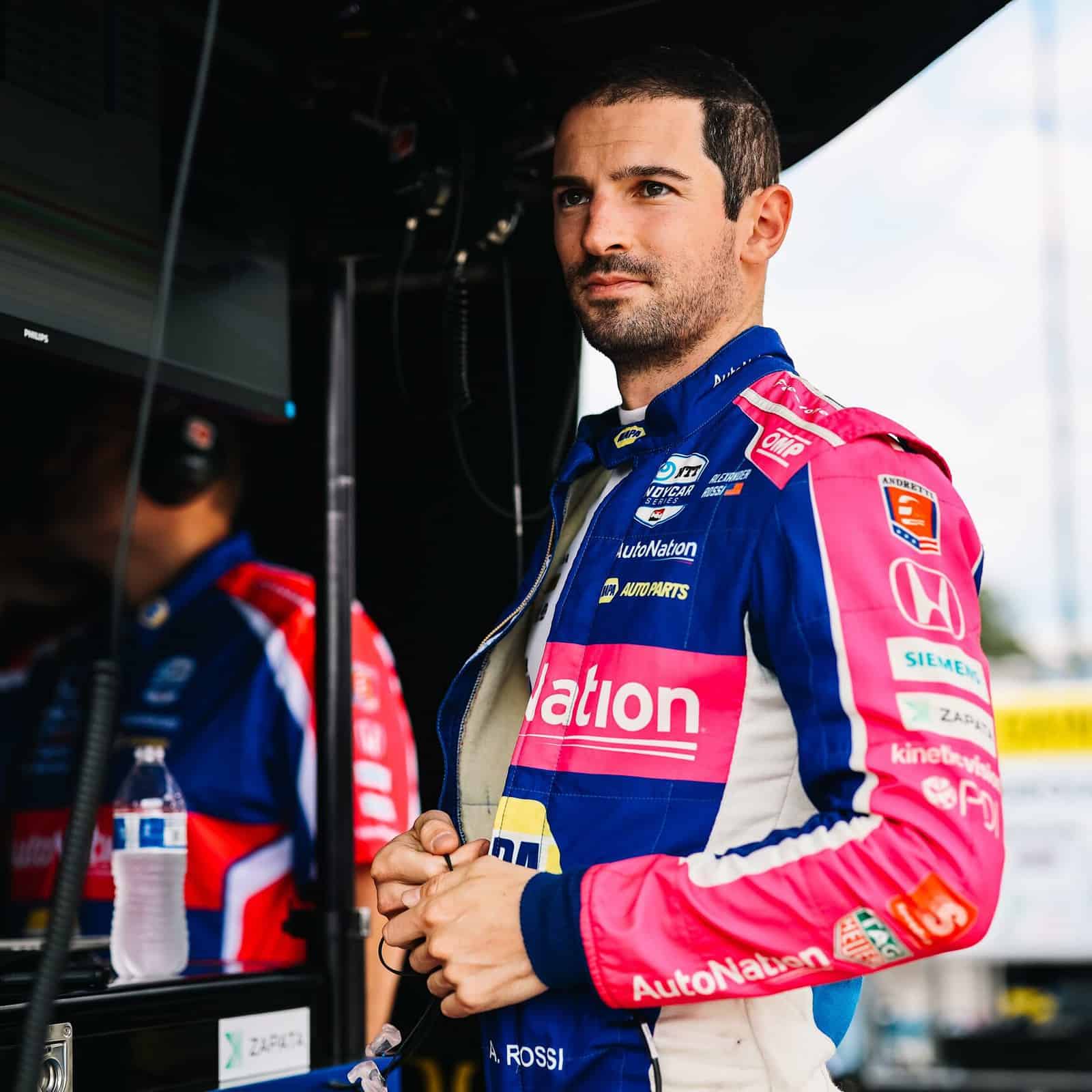 “The car rolled off really strong, which is positive on these weekends where it’s so close you got to start from a good point. Hats off to the team for the effort that they did in the prep for this event. We’ve just got to keep it rolling.”

Rossi’s reference to the Firestone alternate tires alludes to INDYCAR’s decision to allow teams to run a set of the red sidewall alternate compound tires that provide more grip at the expense of overall tire life in the opening practice session. Teams were allowed this set of the alternate compound tires because of INDYCAR’s decision to extend Friday’s (June 10) practice session to 75 minutes instead of the traditional 45 of green flag running in a 60-minute window.

INDYCAR did not add any extra sets to the teams’ tire allocation for the weekend, and with Road America predicted to favor the black sidewall tires in the race, similar to how the previous race in Detroit worked out, some teams did not use all 75 minutes of track time since teams wanted to save sets of the primary compound tires for both qualifying and the race.

“I think INDYCAR thinks they’re doing us a service in giving us more track time, but we don’t get more tires,” Pato O’Ward said earlier on Friday. “So the extra track time is actually worthless because everybody just waits, including ourselves because there’s no point in running if the track is so green if you don’t have tires to do the whole session.”

O’Ward was 10th in practice and nearly picked up his first IndyCar win at this track in 2020.

At the back of the timesheet was Simona De Silvestro in her first IndyCar road course race weekend in over seven years. The Swiss racer was driving for Paretta Autosport, who is running as a satellite team of Ed Carpenter Racing. Beth Paretta’s squad had an issue with a part in the rear brakes catching on fire, but the No. 16 Chevrolet did manage to get through the session with no other incidents.

“I haven’t driven a car with a lot of downforce in a long time,” De Silvestro said. “That’s something to get used to again.

“The car takes it, but you just have to kind of trust it. I feel like that’s also where, looking at the data, is where I need to work more on. So, yeah, I think those are the things. The slow stuff seems pretty good, but it’s really just having the confidence in the car and just kind of sending it at the moment, yeah.”

The Road to Indy also had some interesting action of their own. In one of the USF2000 sessions in the morning, Pabst Racing’s Myles Rowe got into the back of Jackson Lee while the field was driving down pit road. Lee spun on pit road as a result while the rest of the field went by the No. 2 Cape Motorsports entry.