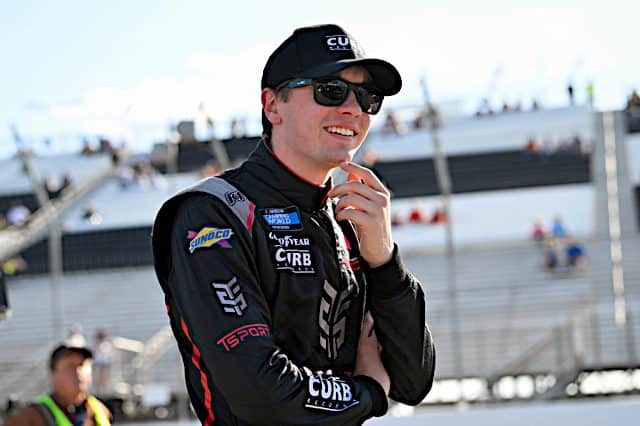 With a speed of 88.401 mph, Christian Eckes was the fastest in Friday’s (June 10) Camping World Truck Series practice at Sonoma Raceway.

With the first Truck Series race at Sonoma since 1998 and the first NASCAR Cup Series-Truck doubleheader in the track’s history, drivers were given a full 50-minute practice session to tackle the twists and turns of Wine Country.

Daniel Suarez posted the seventh fastest time in Niece Motorsports’ No. 42 truck. Suarez will be on standby for Carson Hocevar during Saturday’s race after Hocevar injured his right ankle in a final-lap crash at World Wide Technology Raceway last weekend. Hocevar took to the track to turn laps in the second half of the session.

Carson Hocevar is wearing a brace on his ankle. Here is him getting out of his hauler. He has gotten in and out of the truck to NASCAR satisfaction so he can practice. pic.twitter.com/3EKVB9awyt