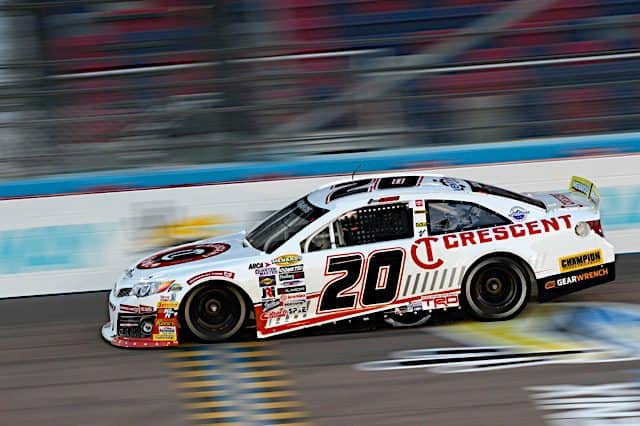 He earned the pole in an abbreviated qualifying session which ended prematurely due to inclement weather. As a result, Love will lead the field to green in the race later Saturday night.

Daniel Dye will join Love on the starting front row.

Taylor Gray and Brandon Jones round out the starting top five, in fourth and fifth, respectively.

Twenty-three drivers are entered for this 150-lap race, so all drivers will start Saturday night.

The Calypso Lemonade 150 is slated to start at 9 p.m. ET with TV coverage provided by MAVTV Motorsports Network. It’s also available on FloRacing.