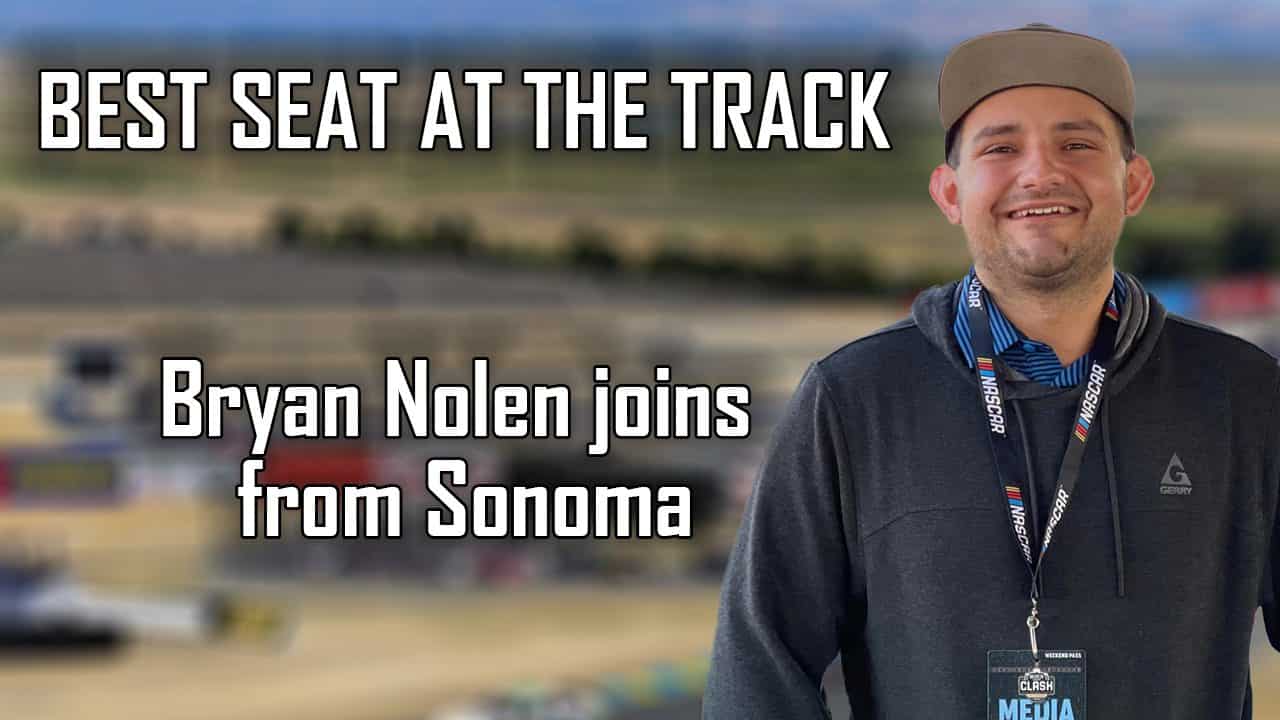 The NASCAR Cup Series takes on Wine Country this weekend at Sonoma Raceway. Frontstretch has boots on the ground, as Bryan Nolen joins host Jared Haas for another edition of Best Seat at the Track.

Haas and Nolen recap the NASCAR Camping World Truck Series race at Sonoma, which saw Kyle Busch dominate and score his 62nd win. The duo also talk about drivers who came back from problems in the race to score a top-10 finish.

For the first time since 2018, Sonoma will run the chute going into turn 7 instead of the carousel. Hear from Chase Briscoe, Michael McDowell and our Frontstretch duo about which track layout is better for the racing at this road course.

Finally, our Frontstretch reporters give their picks on who will twist and turn their way into a win at Sonoma in the NASCAR Cup Series.