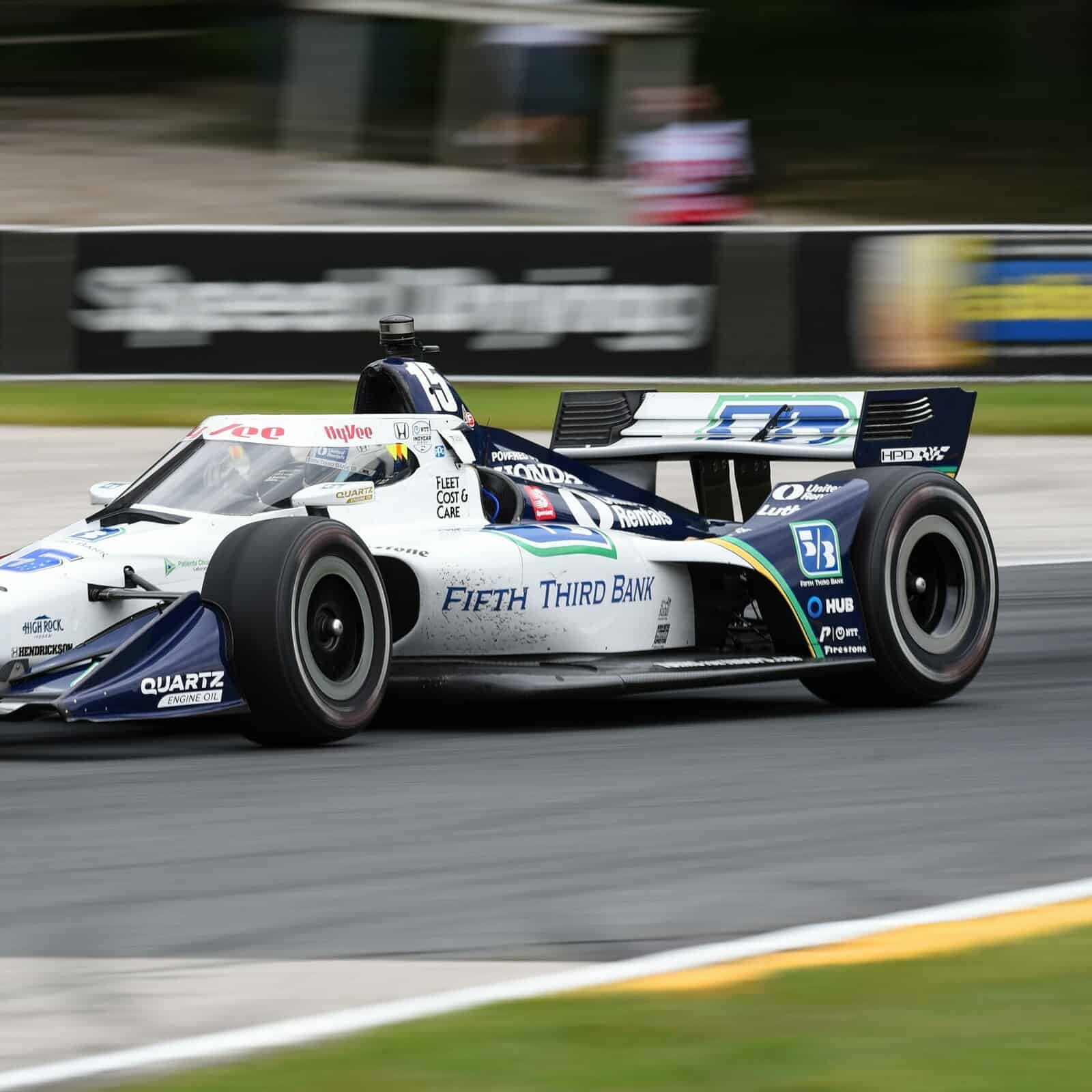 ELKHART LAKE, Wis.— After a “tough end to qualifying” as Graham Rahal phrased it in the Rahal Letterman Lanigan Racing’s press release, the Ohio native climbed through the NTT IndyCar Series field, advancing from 22nd starting position to finish 8th at the end of Sunday’s (June 12) Sonsio Grand Prix at Road America.

A trio of cautions early in the 55-lap race jumbled a few strategies around as Rahal pitted on lap 9 at the end of the third caution period. By pitting that early, Rahal and the rest of the drivers that pitted were a stop ahead of the front-runners, starting each sequence of pit stops with their stops.

There was a late race caution for Pato O’Ward’s stalled car after Canada Corner and a subsequent caution after Helio Castroneves spun coming off of the final corner, giving Rahal an opportunity to maybe grab a position or two. However, Rahal fell from seventh to eighth as Scott McLaughlin went past at turn 8. Rahal kept his position over the final three laps to record his fourth top-10 finish of the season as Josef Newgarden went on to win.

“There was a lot going on, I shouldn’t have left the door open for Scott,” Rahal told Frontstretch. “I frankly didn’t think he would do the banzai move and he did and locked up and pushed me wide. He’s very lucky, I’m very lucky that I didn’t lose more spots, I would’ve been pretty upset about it, but you know overall it is what it is.

“I was salivating on the last run, I thought that maybe we could get up to Felix (Rosenqvist) and we were catching (Romain) Grosjean a little bit before it went yellow and I thought, well, maybe there’s something here,’ and then ultimately it wasn’t meant to be, but we’ll take it.”

“I thought our guys did a really good job on the strategy and clearly we were able to get the mileage that we needed when we needed it with the decent pace and I think ultimately that’s what made the difference in the race,” Rahal said. “I think in hindsight we ran reds in the last stint, had we run them maybe the stint before that, we would’ve known they were a little bit quicker. Our balance was certainly a little better and maybe we would’ve been able to get ahead of a couple more guys. Ultimately I’m super pleased with the end result. We want to win, but an eighth feels kind of refreshing right about now.”

The entire Rahal Letterman Lanigan organization had a pretty good day. Christian Lundgaard finished 10th after starting 13th and Jack Harvey finished 13th after starting 20th. After a mysterious first half of the season as one of the two largest teams without a top-five finish, Rahal was upbeat that Road America shows that there are signs of improvement with the team.

“I think today had decent race pace, not where we need to be but I thought that generally, to have three good results will help our momentum. Have we turned the corner, I think we’ve got a lot to learn before we can claim that, but we certainly have gotten better.”

The next NTT IndyCar Series race is the Honda Indy 200 at Mid-Ohio Sports Car Course on Sunday, July 3 on NBC.