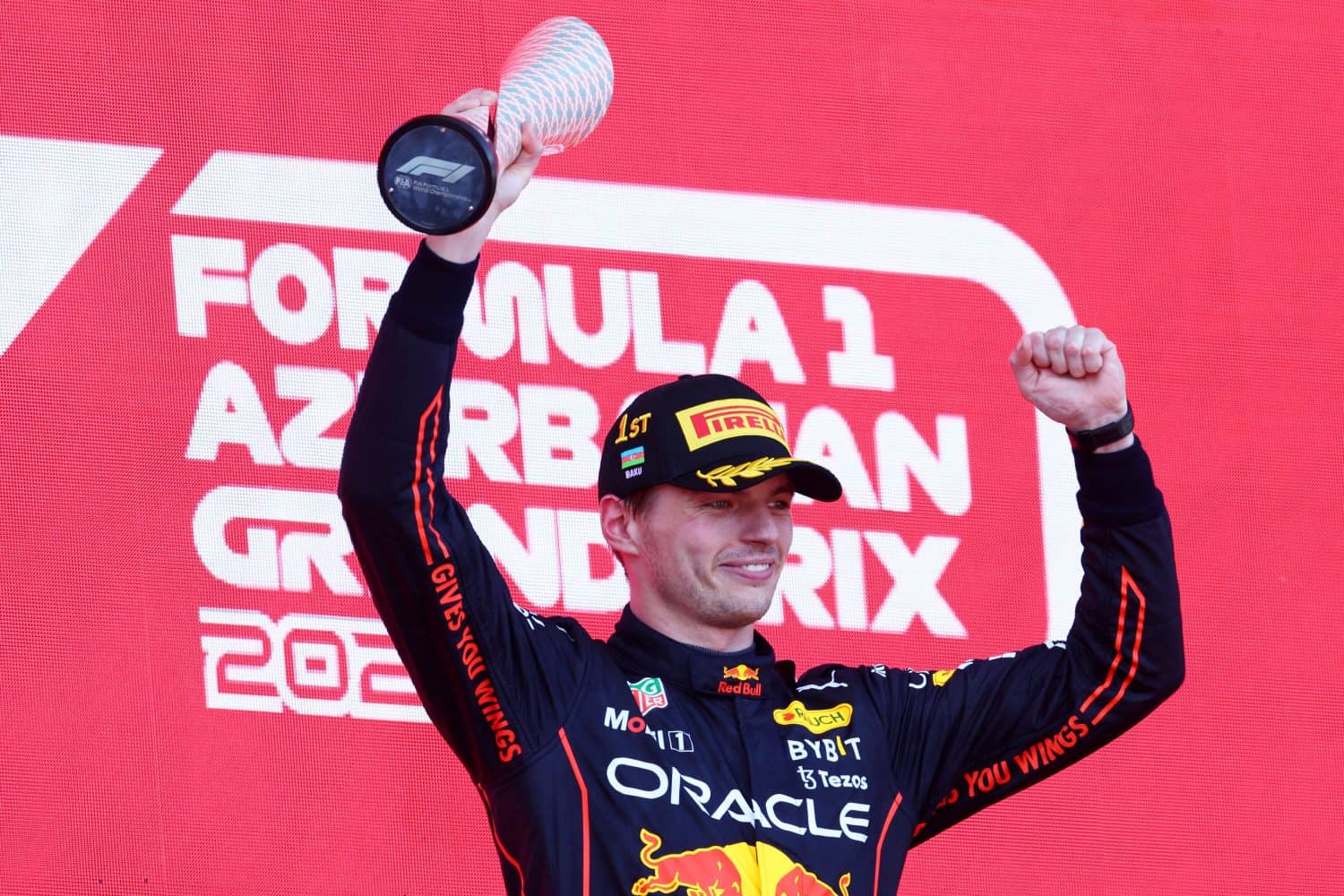 It is the 25th win in the career of the defending World Driver’s Champion and his first on the streets of Baku. The six editions of the Azerbaijan Grand Prix have now produced six different winners.

Fellow Red Bull driver Sergio Perez finished second with the fastest lap, albeit almost 21 seconds behind Verstappen. George Russell was the only other driver to finish within a minute of Verstappen, finishing on the podium in third.

“Today, we had an incredible pace in the car,” Verstappen said in his podium interview after the race. “We could really look after the tires and chip away at it, [then] pass for the lead. Then, maybe also, a tiny bit of luck with the retirements. But I think, nonetheless, our car was really quick today, and we could have closed that gap and we would have had a race on our hands. Really happy with how the balance of the car was today.”

Lewis Hamilton had major issues with porpoising and complained at one point about how bad his back felt, but was able to overcome all problems to finish fourth. Pierre Gasly rounded out the top-five results.

The closing laps of the grand prix had a duel between Daniel Ricciardo and Lando Norris, with Ricciardo able to hang on and best his teammate for eighth by just a few tenths of a second. Esteban Ocon rounded out the points positions in 10th.

The race was marked by Ferrari issues from the start. Perez got by pole sitter Charles Leclerc in the first turn of the first lap, surging ahead after Leclerc locked up his brakes.

On lap 9, Carlos Sainz continued his horrible luck this season by having a mechanical failure and stopping in the run-off of turn 4. A virtual safety car came out as a result, leading to most teams except for Red Bull, Alpine and McLaren to pit at least one of their drivers. On lap 15, Verstappen passed Perez to take the lead.

Eleven laps later, on lap 20, Leclerc had an engine failure on the frontstretch from the lead. Ferrari went from a 1-3 on the starting grid to a double retirement before the halfway point of the grand prix.

On lap 33, Kevin Magnussen, yet another Ferrari-powered driver with Haas, blew an engine and caused a lengthy virtual safety car. Ferrari-powered cars had four total retirements due to mechanical issues, with Zhou Guanyu also retiring from the race.

In the driver standings, Verstappen has built up a 21-point lead on Perez, while Leclerc has fallen to third, 13 points behind the Mexican driver. In the Constructor’s title, Red Bull now has a solid 80-point lead on Ferrari, with Mercedes slowly catching up to the prancing horse, climbing to within 28 points of second place.

Red Bull has to be taking up space in Ferrari heads after the last few races.