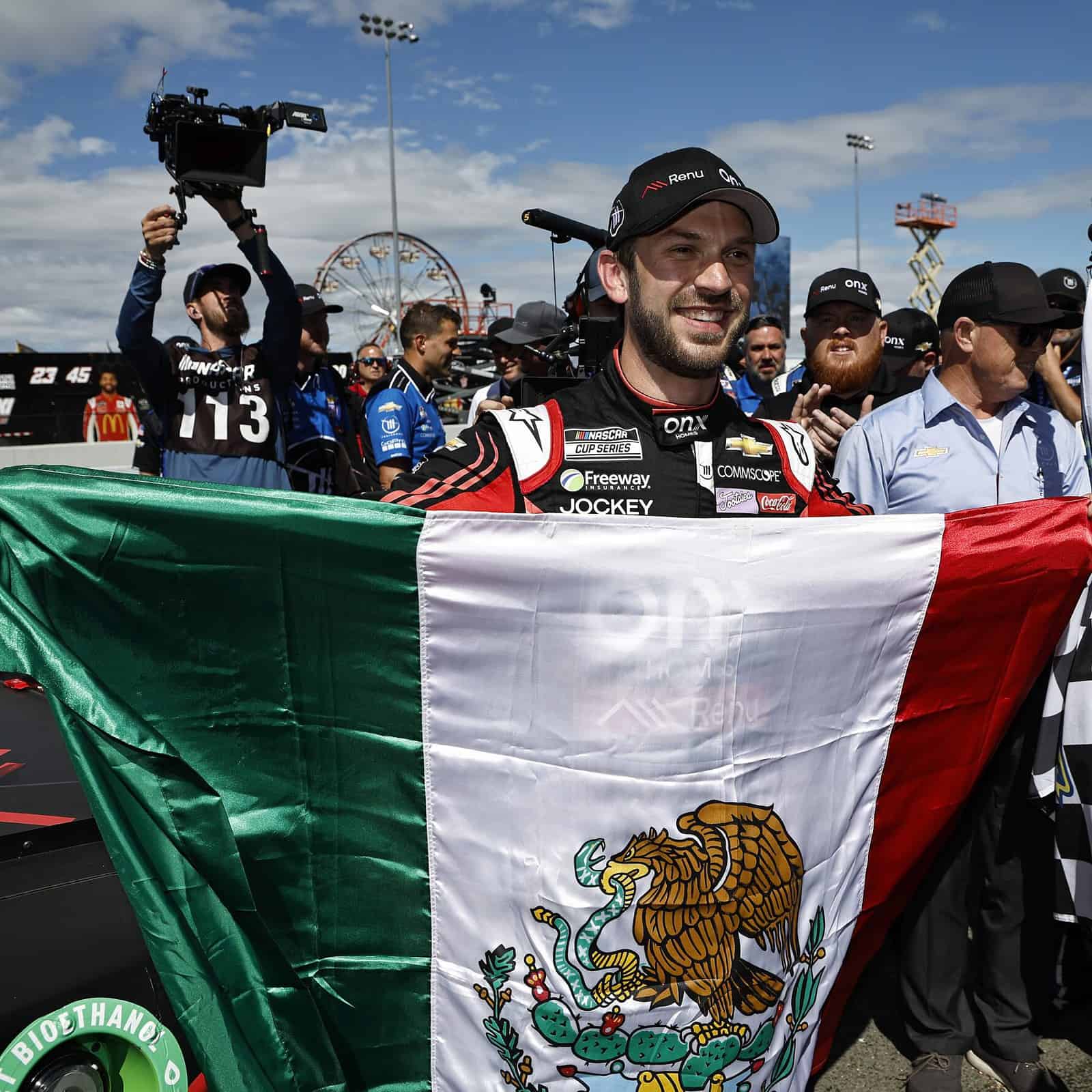 There’s the easy way, via numbers.

Years without a charter – 1

That’s a lot for half a decade.

But it’s the simplistic way of describing Suarez’ experience in NASCAR in the six years between 2016, when he became the first foreign-born driver to win a national NASCAR series championship, and Sunday (June 12).

Then there’s the more personal touch, which starts almost a decade ago when Suarez was living in upstate New York racing on short tracks.

As someone who was “always dreaming about winning in the Cup Series,” Suarez remembers waking up one morning “scared.”

“I knew it was going to be a tough journey,” Suarez recalled Sunday at Sonoma. “At the time I was scared not to be able to compete because I didn’t speak English.”

Suarez, a native of Monterrey, Mexico, feared the “language barrier was going to keep me away from my goal, which was being a winner, a championship winner in the NASCAR Cup Series. I didn’t want that to happen.”

At the time, Suarez couldn’t afford classes to learn English.

“I had to in a way learn by myself by watching movies and watching cartoons and reading,” Suarez said.

The program, which originated in 2004 under the leadership of  CEO Brian France, helped drivers like Kyle Larson and Bubba Wallace gain traction in the sport in the early 2010s.

“If it wasn’t for the Drive for Diversity, I don’t think I would be sitting here right now,” Suarez said. “I was about to come back to Mexico. They gave me an opportunity to keep racing in 2013. That kept me alive. I was able to win races that year (in NASCAR Mexico and K&N East) and keep the momentum going. Before that it was very, very tough.”

The hurdles would return.

Suarez’ two years spent with the upstart Trackhouse Racing Team come on the heels of his personal low point, when it seemed the former Xfinity Series champion might have been on his way out of the sport.

Suarez’ time in the Cup series has been a “rough journey.”

Year 1: Weeks after clinching his Xfinity title, Suarez got an unexpected promotion by JGR when Carl Edwards shocked everyone by announcing his retirement. Six weeks into his Cup tenure, JGR swapped out Suarez’s crew chiefs. Suarez finished with one top five and six DNFs.

Year 2: He earned three top fives and nine top 10s, but six weeks before the season finale, JGR re-paired Suarez with his original crew chief, Rogers. He ultimately finished 21st in the standings, one spot worse than his 2017 result.

Year 3: After losing his ride to Martin Truex Jr., Suarez landed at Stewart-Haas Racing for what turned out to be a one-year stint. He lost that ride to Cole Custer, whose father, Joe Custer, is the president of the team.

Year 4: The move came so late in 2019, Suarez’ only option for a Cup ride was Gaunt Bros. Racing, a Toyota team that had never ran full-time, didn’t have a charter and reportedly raced with chassis that were eight years old. After wrecking in his qualifying race, Suarez failed to make the Daytona 500. Come the end of the season, Suarez was 31st in points.

A year before the launch of the Next Gen car, Marks started the organization as an in-house satellite team at Richard Childress Racing.

Marks said that Suarez “checked a lot of boxes” for what the team was looking for.

“He’s an experienced Cup driver. He is a winner. When he’s been in positions to win, he’s won with his Xfinity championship and Truck.

“He had a chip on his shoulder. He wanted to prove to the world he belonged in the Cup Series. 2020 was a difficult year for him. …

“I knew he had a tremendous amount of potential, that he (could be) a winner at this level.”

Marks’ message to Suarez: “This is your team, this 99 team is your team. You come to me and tell me anything and everything that you need. We’re going to put that behind you.”

Did Marks, a former NASCAR driver himself, ever see Suarez show a sign of self-doubt in his potential?

“Not for one second ever,” Marks said. “I have almost never met a more determined, focused, hard-working racecar driver in my 20 years in this sport.

“Every single morning he wakes up and says, ‘I am going to be the best version of myself I can be today, I’m going to do all the work I can possibly do today to win this race this weekend.'”

Suarez, though, admits that having not won in his first five years in Cup, there was “a little bit of doubt.”

“I knew that it’s important to remember that if I was able to come all the way here, I wasn’t going to give up here.”

That perseverance paid off Sunday, as Suarez made the final laps around Sonoma and his fan club of “Daniel’s Amigos” cheered him on from one of the track’s grandstands. On the final lap, Suarez began tearing up.

Suarez thought of other immigrants’ journeys.

“I felt like my story is very similar to many, many Mexicans, Latinos, out there coming to this country, trying to find a goal or trying to find their dream,” Suarez said.

That included Jose Blasco, a native of Mexico City who has worked as an engineer for Suarez’ team the last two years and served as his crew chief in the spring Atlanta race in 2021.

“Unfortunately, he got sick, he couldn’t come to this weekend,” Suarez said. “He’s at home. He called me crying. He works extremely hard. He is a big part of today’s win.”

At the end of the day, after years of effort, Suarez is “just very thankful being a kid coming from Mexico trying to live the NASCAR dream in the U.S.”