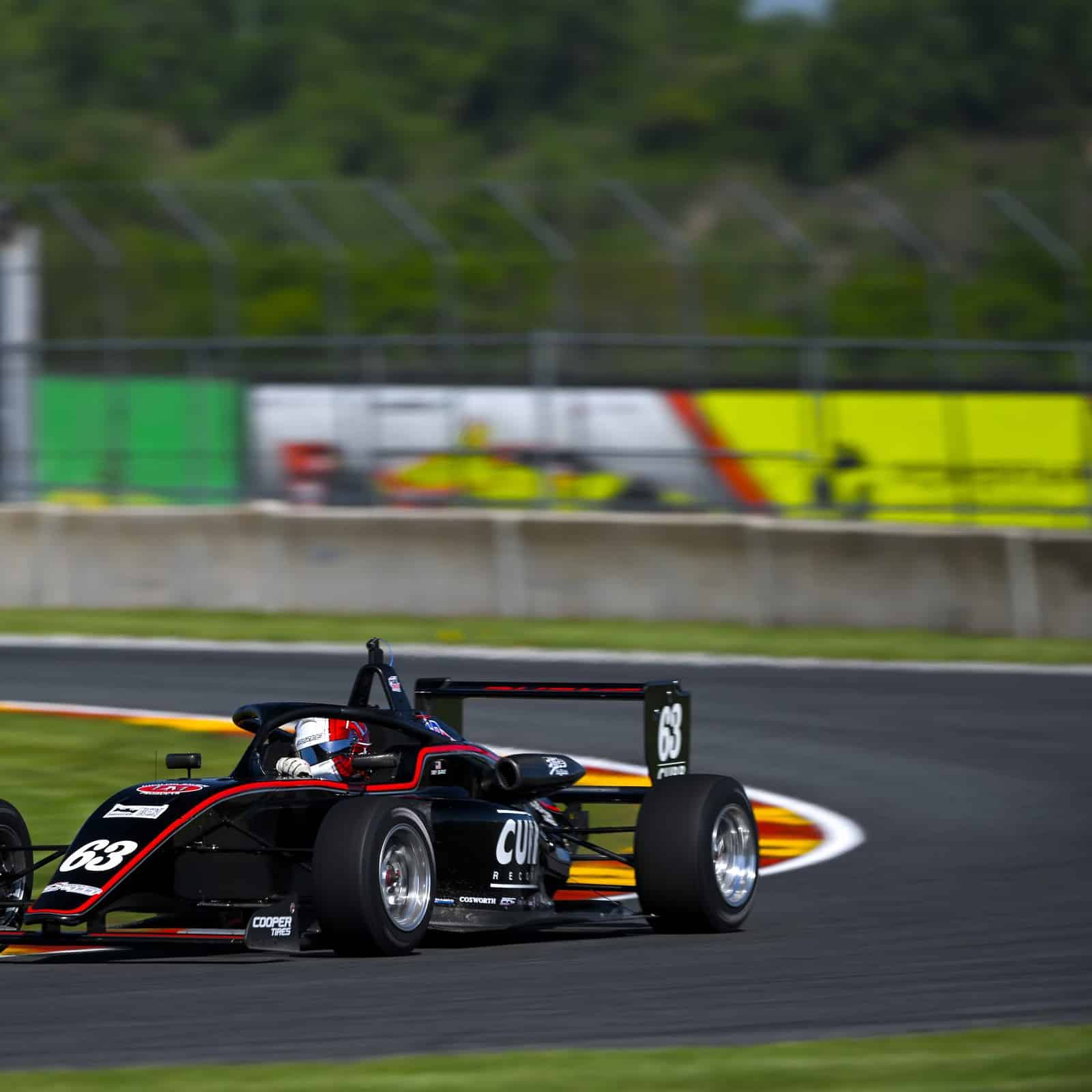 ELKHART LAKE, Wis.— While the rest of the field in the Cooper Tires USF2000 Championship was circulating behind the safety car around Road America, race engineer Matt Curry called Trey Burke to pit road.

Burke had reported to the Joe Dooling Autosports crew that there was steady rain from turns 5 through turn 12. The team figured that if the rain intensified at all that they could pit under the caution period and switch to rain tires. The rest of the field would have to drive slowly through that part of the circuit or pit for wet weather tires, giving Burke an easy path to victory.

However, race control called for a red flag while Burke was on pit road, negating any strategic advantage that the No. 63 machine had. Burke could not leave pit road to join the rest of the field due to the red flag and was then trapped one lap down to the field.

The Texas native finished in 19th place and was upset at the red flag call that race control made.

“Unfortunately, the series got caught with their pants down and they ended up red flagging the race thinking that we did something wrong even though in the rule books we very clearly did not,” Burke said. “So it’s a little controversial right now, but you know, that’s just how it is.”

Acting race director for the USF2000 championship Johnny Unser said that the red flag call was purely for safety concerns. Unser is standing in for usual race director Joel Miller who is absent from Road America this weekend.

Burke and his team did have the time to make the tire change under the full course yellow given that a lap at Road America under yellow lasts such a long time, but Unser maintained that strategy calls like that aren’t meant for the junior categories.

“That’s up to the team to (pit),” Unser said. “I suppose if they would know how race control worked a little bit more, if we’re going to stop the race, we go red flag and give everybody the opportunity (to change tires). We aren’t a pit stop competition race, I don’t know why they did it.”

The rain eventually subsided and the race continued, but was shortened by one lap owing to a time limit. By winning the race, Michael d’Orlando now has a six point lead over second place finisher Myles Rowe.

The USF2000 season continues at Mid-Ohio Sports Car Course the weekend of July 1-3.