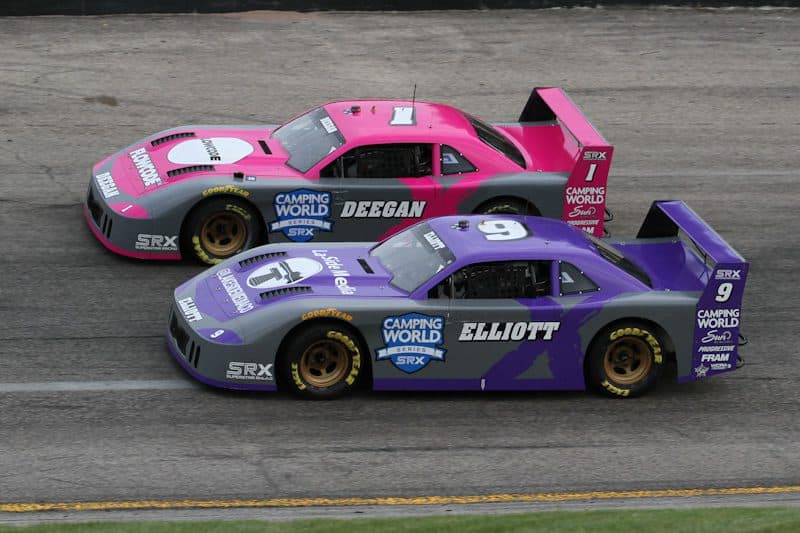 Who has the most to lose by missing the NASCAR Cup Series playoffs?

Stephen Stumpf: With the amount of winners and parity this season, there are some very good teams and drivers that will miss out on the postseason; missing the playoffs this year won’t be as disappointing as it has been in years past. That said, Bubba Wallace and Cole Custer would be the most disappointing misses when all of their teammates are either locked into the playoffs or at least fighting for a spot. Both drivers are far enough back that they would need a win to get in.

Luken Glover: Christopher Bell would be feeling the heat if he were to somehow miss the playoffs. The No. 20 car has been a ride of missed opportunities ever since Joe Gibbs Racing opted to say goodbye to Matt Kenseth. Erik Jones spent three seasons in the ride, never advancing past the Round of 16 and missing the playoffs in 2020. Bell was touted as a rising superstar, being listed in the same category as a driver like Kyle Larson. Instead, Bell only has one Cup win in his second season with JGR and has not found consistency. To be fair, Bell has had strong speed this year, but mistakes from other drivers, his pit crew or even himself have ruined any chance at victory in certain races. JGR’s future driver lineup is up in the air currently, and it won’t help Bell’s case if he misses the playoffs.

Mike Neff: Wallace. He is in a good place with an organization that has won a race. He is at a point where he needs to start being in the title hunt and, at least for now, he isn’t.

Josh Roller: The fans stand to (potentially) lose the most. Because what if Kevin Harvick misses the playoffs? What if he comes to the conclusion he doesn’t like this car? What if he loses belief in his Stewart-Haas Racing team and the organization as a whole? What if he decides it’s time to hang up his full-time helmet and concentrate on his kids’ racing careers? That is what the fans stand to lose. Harvick still has the capability to win races and compete for championships — there is no doubt about that. But he is at that age where interests can be lost fast and priorities can shift even faster. Let’s hope that if Harvick does miss the playoffs, no fault can be placed on the efforts and ability of SHR. NASCAR is not prepared to have Harvick walk away yet.

See also
5 Points to Ponder: Is NASCAR Headed Toward A Playoff Conundrum?

Who will make up the JGR Cup lineup next year?

Glover: The only driver I am 100% confident in saying that he will return is Denny Hamlin. It is highly unlikely that Bell or Kyle Busch are not in a JGR Toyota, though that is not totally certain currently. That leaves the No. 19 of Martin Truex Jr. At the beginning of the year, I would have shrugged off any word of Truex retiring. Now, his language and overall approach hint more at retirement than staying. Truex has yet to win this season, and while he has been quietly strong, he’s still not competing at the same level as previous seasons. I attribute that more to team personnel rather than age, but Truex isn’t getting younger. In the end, I see Truex staying one more season before hanging up the ol’ racing shoes. If he does retire, I don’t see Ty Gibbs immediately stepping in, as team owner Joe Gibbs stated that the goal is to have him in the NASCAR Xfinity Series car for two seasons. John Hunter Nemechek could be one option with his Toyota connections. But one bold suspect would be Noah Gragson. Gragson is Cup ready, and he has the connection to Bass Pro Shops. It is a long shot, but something to keep an eye on.

Stumpf: Joe Gibbs Racing’s 2023 lineup all depends on what Truex decides to do. If he returns for another year, JGR’s lineup for 2023 will stay the same. If he chooses to retire at the end of the year, Ty Gibbs will get the promotion to Cup, as he is the most successful driver currently in the Toyota pipeline. Finally, Busch will be back at JGR next year. Sponsorship or no sponsorship, he is too valuable of an asset to Toyota for him to walk, especially when he is third in points and having his best Cup season since 2019.

Bearden: Hamlin feels like a certainty. Toyota is anxious to keep Busch around, so it’s hard to see him going anywhere, either. Bell is just starting to come into his own, so I imagine he’ll still be there. That just leaves the question of if Truex returns. He doesn’t seem to be particularly happy this year and his recent quotes have been less than inspiring, but he still has pace and he’ll sign a one-year extension and give it a final go next year before handing the No. 19 off to Gibbs. I have no info here, just a hunch.

Will anyone below the NASCAR Camping World Truck Series cut line win their way into the playoffs?

Glover: While the Truck Series can bring surprises, the only one I could see is Matt DiBenedetto. DiBenedetto is starting to settle into the truck and has been gaining momentum lately. I don’t see anyone being able to win their way in, but if anyone can, going with a driver with Cup experience is not a bad pick. He has shown the capability to run up front on road courses, and the series will get one more shot at one in the regular season at Mid-Ohio Sports Car Course.

Roller: If anyone wins their way in, it will be Derek Kraus. 2022 is going far better than in previous seasons, but more bad luck and unfortunate circumstances have taken him out of contention for better finishes, let alone wins. He came really close to winning at World Wide Technology Raceway at Gateway if it weren’t for a caution. Tanner Gray may win, as could DiBenedetto, but Kraus has more outright speed.

Bearden: Logic would tell you that someone could win from below the cut line. There are a couple wild cards in Knoxville and Mid-Ohio left on the calendar. Kraus almost pulled it off a couple weeks ago at Gateway. It’d be a stretch to say someone below the cutline actually will win, though. This is more of a possible than a probable situation.

Neff: You have to think at least one of them will. Grant Enfinger and Matt Crafton are proven winners. Gray and Kraus have been close this year. Odds are one of them will make it happen.

Who will be the breakout driver in the Camping World SRX Series this year?

Roller: My heart says Marco Andretti but my head says Greg Biffle. Andretti was very impressive last year, and it’s a shame he hasn’t been announced in an Xfinity ride this season, even if it’s a few races. But his win at Slinger Speedway was impressive, and I don’t see any reason that at least on the paved ovals he can’t repeat. But Biffle, this is his style of racing. He’s spent so many seasons driving a stock car, plus the success he had, he’ll be the one to beat straight up across the entire 2022 SRX season.

Stumpf: I like the chances for Ryan Newman and Biffle. Biffle impressed in his limited starts during the 2021 SRX season, including a runner-up finish in the inaugural race at Stafford Motor Speedway. All signs point to him competing for the championship in 2022. For Newman, he has the most recent full-time stock car experience of any driver in the field, he is the third-youngest full-time driver and he will excel in the dirt races at I-55 Raceway and Sharon Speedway. Look for Rocket Man to soar in his six starts this season.

Bearden: This is a tough one. Tony Stewart’s still the favorite to take the title, but Newman and Ryan Hunter-Reay have something to prove and could put on a show. Biffle can still wheel a car but may take a bit to get up to speed. The most likely ones to shine are actually the part-timers — Josef Newgarden, Kenseth, Chase Elliott and Ryan Blaney.

As far as Martin Truex goes, I agree that he doesn’t seem particularly excited about another season. I will miss him, if that’s his decision. But I respect his making his own decision, rather than having it forced on him like so many others.

As for Harvick, Adios, but I expect he’ll stay through next season.

I can’t get excited about SRX, maybe if Robby Gordon were driving I’d feel differently. But I expect his plate is pretty full as it is. I won’t watch, but I wish Ryan Neuman well.

The SRX series is what it is, and I enjoy it – and respect it for being up front about what it is. You are absolutely right though, Robby Gordon would be a great addition to this summer series!

“The fans stand to (potentially) lose the most. Because what if Kevin Harvick misses the playoffs?”

What the hell does that mean? I won’t feel any loss whatsoever if Harvick retires or misses the playoffs and I am sure most others won’t either.

Wallace in title contention, Neff said lol
Where is ol bubba in the standings now ! Maybe if Dega or Daytona gets called for rain after halfway if bubba is in the lead. How did Michael Jordan’s NBA team end up ! I see a golden state assistant just turned down the coaching job with him. Hamlin will probably push bubba to a win.