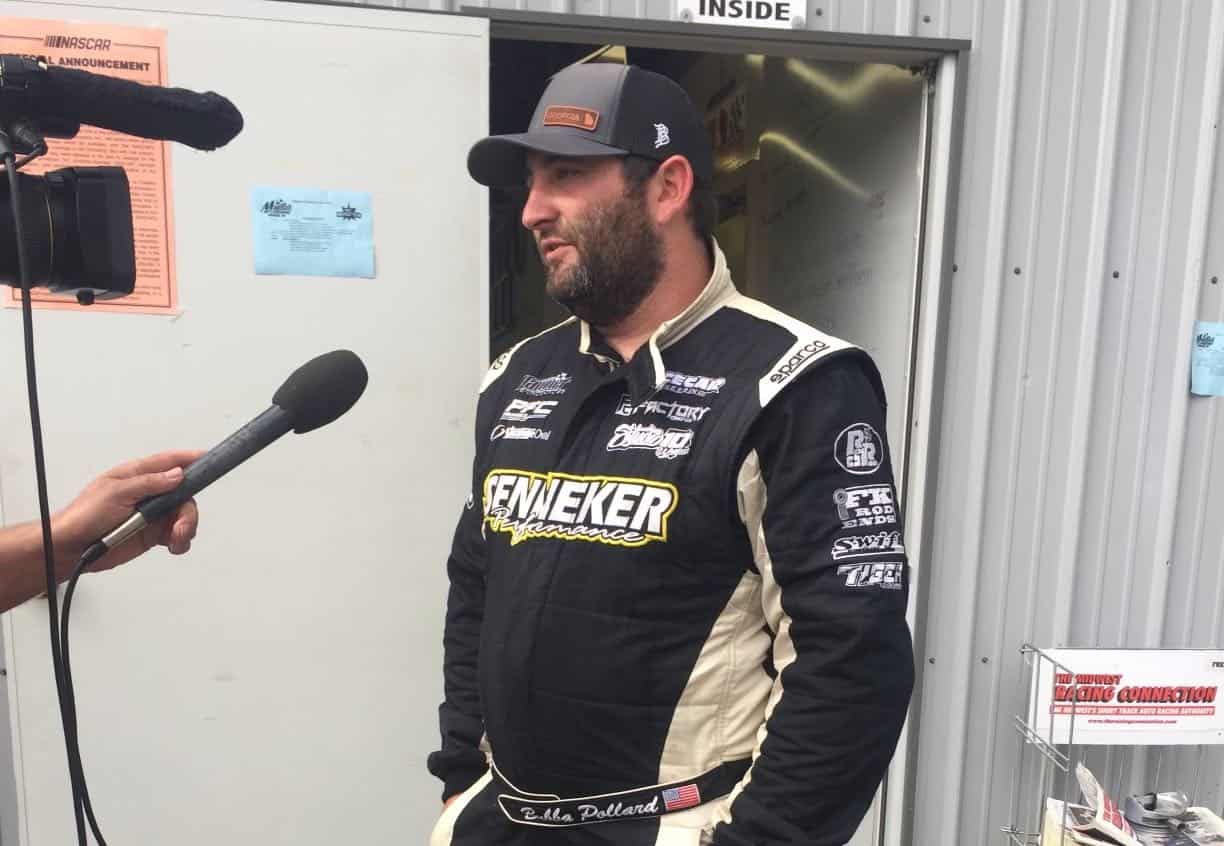 Bubba Pollard finished second in his Camping World SRX Series debut at Five Flags Speedway on June 18. Pollard, one of the guest stars for the weekend, is a local sensation at Five Flags, and won the SRX seat for the race by posting the highest average finish in the PepperJack Kennels Twins late model event at the track back in April.

Pollard won the pole for the first heat race via a random draw and went on to take the win, meaning he had to start from the rear for the second heat.  The former Snowball Derby champion climbed through the field to finish sixth, gaining enough points to win him the pole for the main event.

Pollard’s biggest combatant the entire night was former NASCAR Cup Series driver Ryan Newman. The former Daytona 500 winner started third in the main event, and traded the lead with Pollard before Pollard began to pull away. Pollard was then passed by Tony Kanaan laps later for the lead.

When the SRX Fun Flag (a random caution that is called by SRX each week) came out on lap 21, Pollard unexpectedly came into the pit lane with a flat left-rear tire. When the caution came out again, Pollard had made his way from the back up to seventh. Pollard broke into the top five and found himself in fourth right before the second SRX Fun Flag came out on lap 57.

For the last 15 laps of the race, Pollard and Newman battled for second and third. Pollard muscled Newman up the track off of turn 2 on the final lap to secure the runner-up position to race winner Helio Castroneves.

SRX held a fan vote to determine who would be a guest star for the July 9 race at Nashville Fairgrounds Speedway, and while Pollard was on that list, he lost the vote to Cole Williams, another late-model star. So it looks like this might be Pollard’s lone race of the season. But after his incredible performance at Five Flags, one has to wonder if Pollard will be invited to compete in another race this season.

To repeat from a while ago, the only Bubba who should be driving the 23 is Pollard!

Bubba Pollard is not a Snowball Derby champion, despite what CBS proclaimed Saturday night.

He is also not a ‘local sensation’. He is one of, if not the best, short track racer on pavement in the Country right now. He has traveled to and won the biggest races throughout North America. California, Washington, Nashville, Oxford, New Smyrna, North Carolina, you name it. Even in Canada at Jukasa.

He has arguably the most accomplishments of any current short track racer in the Country at this point and continues to gain more.

To refer to him as just a ‘local sensation’ shows a huge lack of racing knowledge.

Correct. It was the Snowflake 100 he’s won. Admittedly, I had to look it up. I can see how someone not “in the know” could make that mistake, but you’d think a team of people who make a living covering racing would know better.