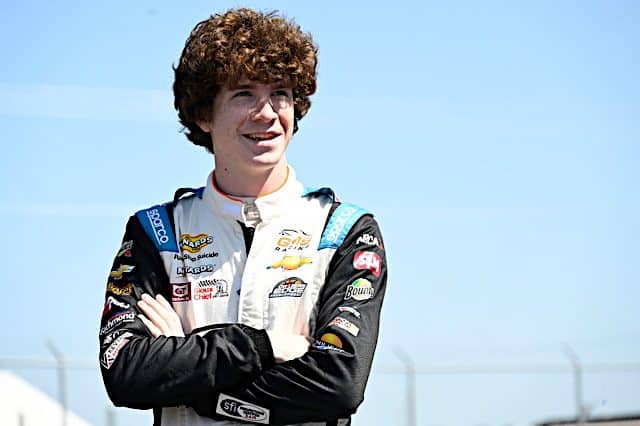 After leading 198 of the 200 laps in last year’s ARCA Menards Series race at Berlin Raceway, Daniel Dye is atop the leaderboard. Dye won the ARCA pole at Berlin on Saturday (June 18). He will lead the 17-driver field to the green flag in the Zinsser SmartCoat 200.

Dye also posted the fastest time in the lone practice session earlier in the day.

It is Dye’s first pole this season and the second of his ARCA career. Dye also won the pole at Berlin last year.

Sammy Smith will start second, one race after finishing second at Iowa Speedway. Smith too was second-fastest in practice.

After winning the pole at Iowa, Jesse Love qualified third.

Ahead of his first ARCA start since the penultimate race of the 2019 season, Tom Hessert III wheeled the No. 15 Venturini Motorsports Toyota to a fifth-place starting spot.

Amber Balcaen, Greg Van Alst and Toni Breidinger round out the top 10 starters in eighth through 10th, respectively.

The race at Berlin will begin at 8 p.m. ET with TV coverage provided by MAVTV Motorsports Network and available on FloRacing.