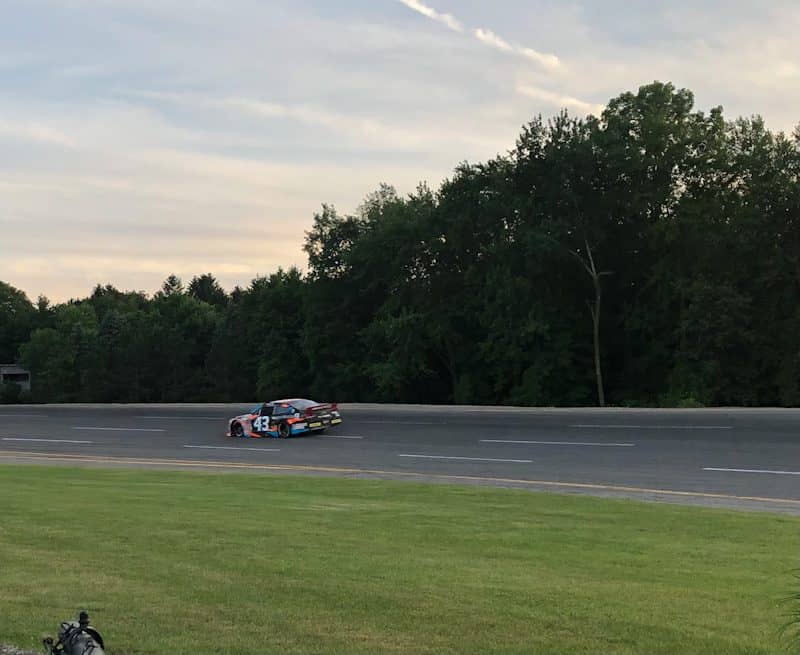 Marne, Mich. — Entering as the defending ARCA Menards Series race winner at Berlin Raceway, Daniel Dye appeared to be on the verge of repeating at the 0.438-mile short track on Saturday (June 18). He posted the fastest time in practice, won the pole and dominated the Zinsser SmartCoat 200.

Yet with about five laps left to go, a mechanical gremlin, specifically something in the engine, ended Dye’s bid for his second career ARCA victory.

Dye soldiered on to the checkered flag, though he ultimately wound up two laps down in seventh place. The finish clearly wasn’t indicative of his performance.

Immediately after the race, Dye was noticeably distraught. Yet he was unsure what caused the problem.

“I’m not sure what happened yet, man,” Dye told Frontstretch post-race. “Just kind of felt like the engine was missing. I don’t know man. It’s hard to put this situation into words right now. I’m not sure yet.”

Moreover, in the series’ most recent race this season at Iowa Speedway, something mechanical broke. Add in tonight and it’s back-to-back DNFs for Dye, neither due to his driving.

“Just got to put it behind us,” Dye said about his mindset moving forward. “Just got to move forward. We got 13 races left this season so we’re going to try to win all 13.”

Nevertheless, Dye was undoubtedly the class of this ARCA field for the second straight year at Berlin.

“Man, it’s so unique,” Dye added. “I’m not really sure. My crew chief [Chad Bryant] is really good here. He’s had a lot of success here. I think I attack the corners the way they need to be attacked. Just a good combination of stuff here.”

“Just got to put it behind us and do everything we can to do what we did tonight and lead those last 10 laps,” Dye stated. “Man, I hope so [to win]. We’ll work our butts off to go win Elko.”