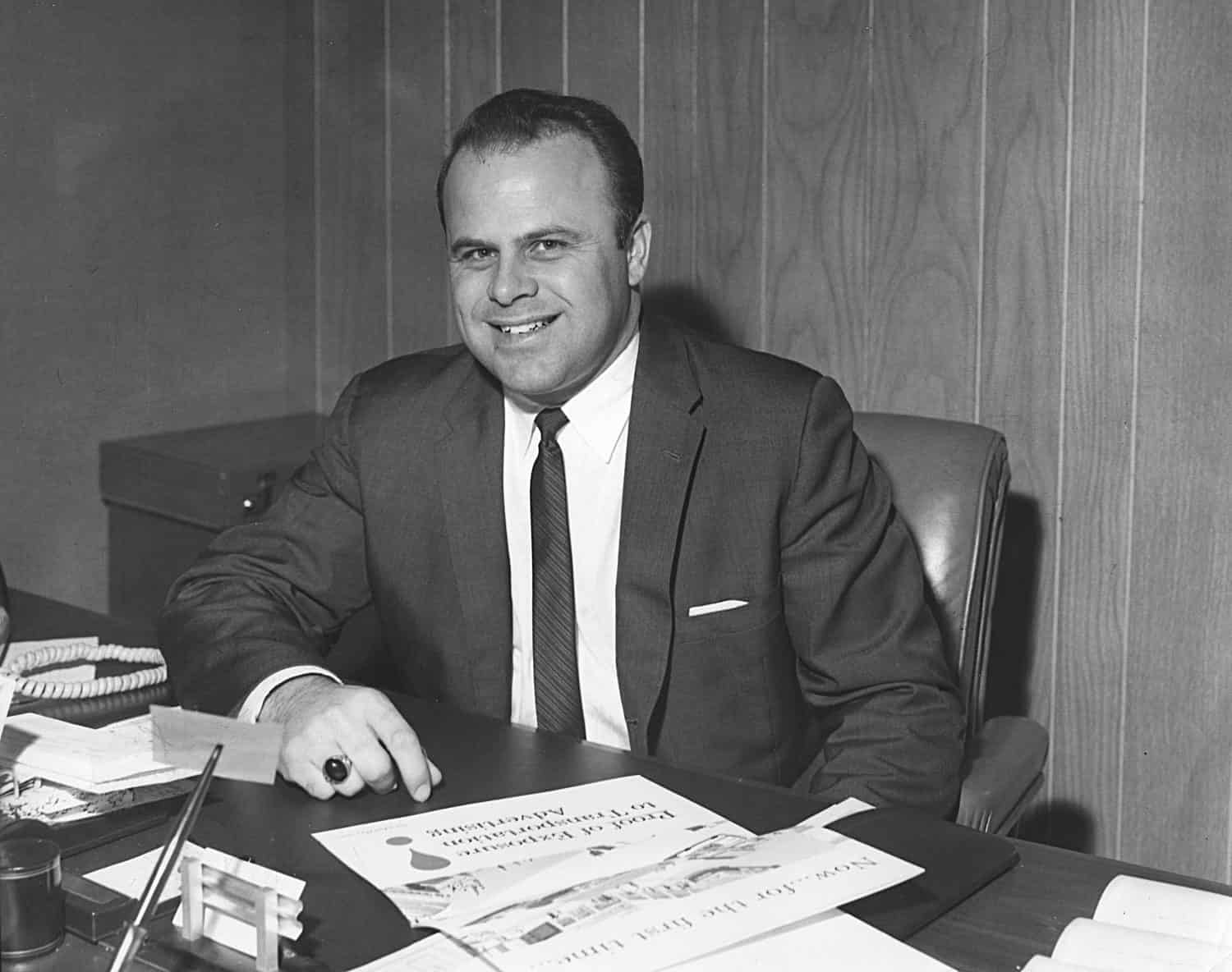 He changed NASCAR as we know it.

There are few people who have impacted the sport to the level that Bruton Smith did in his lifetime. Smith passed away on June 22 at the age of 95, himself a race fan of 87 years, and fans don’t remember a NASCAR without his influence.

Even if it wasn’t Smith’s purchase of a rival series in the late 1940’s (in just his early 20s) that forced NASCAR’s hand in creating what’s now the Cup Series, his influence is felt throughout the sport in the form of the racetrack empire he eventually built.

It began in Charlotte, when Smith financed the construction of a 1.5-mile quad-oval track in nearby Concord. What’s now Charlotte Motor Speedway was the first track of its kind in the sport, and it both began and nearly ended Smith’s racing endeavors.

Charlotte hosted the first World 600 in 1960. The race remains the Cup Series’ longest and one of the most coveted wins by its drivers. At the time, it was the ultimate test of both driver and machine.

The track nearly cost Smith everything. When it went bankrupt in 1961, the court awarded control of the track to other investors, and Smith departed his home state of North Carolina to pursue other, more stable, businesses.

But he never gave up on Charlotte. As he grew his wealth, Smith began buying shares in the track, until he held a majority stake.

Smith took the track over for good in 1976 and installed Humpy Wheeler as president and promotor extraordinaire.

Smith’s timing was outstanding. NASCAR’s popularity was beginning to grow in the late 70s. Smith upgraded CMS to accommodate a growing fan base, and in the process, to make the fans’ experience memorable. Luxury boxes, expanded concessions and more restrooms came along with additional seats.

Smith made headlines in 1984 when CMS built and sold a bank of condominium homes in turn 1 which overlooked the track, but provided year-round living for residents, a first for any major sports venue.

In 1992, Smith revolutionized NASCAR by undertaking a project that many thought was impossible: installing lights at Charlotte and bringing night racing to the Cup Series. Other tracks followed suit, with night races gaining popularity among fans for the comfort of cooler nights and the excitement of racing under the lights.

His tracks became known as fan-friendly facilities, and Smith grew them into entertainment venues, providing fans with concerts and shows on race weekends in addition to other events, both racing and not, year-round. Smith also made sure garages, media centers and other facilities were accommodating and comfortable.

Smith didn’t just acquire facilities with an eye to NASCAR—Speedway Motorsports tracks have and continue to host IndyCar (Texas Motor Speedway only) as well as other types of racing from Bandoleros to motorcycles. He expanded track complexes to include drag strips for NHRA racing. He also built a charitable foundation in Speedway Children’s Charities.

See also
Eyes on Xfinity: 4 Down, 4 To Go for Trevor Bayne

Smith’s contributions to NASCAR are immeasurable. He played a major role in moving the sport from a regional pastime to a national one. He gave fans night races and dirt races. Smith was inducted into the NASCAR Hall of Fame in 2016 for his role in making the sport a national obsession.

NASCAR fans owe a lot of the modern race experience to Smith and his vision.

But it hasn’t been all sunshine and roses.

Smith played a role in the demise of North Wilkesboro Speedway, buying the track in partnership with Bob Bahre and taking one of two races to his new Texas track (Bahre took the other to New Hampshire, which Smith later purchased as well, giving him full ownership of North Wilkesboro).

That track was left dormant until renewed fan interest made Smith’s son, Marcus, who has run Speedway Motorsports for the last few years, take notice. The track is being refurbished with plans to host racing starting later this year, though when or if NASCAR will return has not been established.

Smith also sealed what seems to be the ultimate fate of North Carolina Speedway, purchasing it from NASCAR’s International Speedway Corp. in 2004 after an ugly lawsuit over a second date for Texas. The track’s lone remaining date went to Texas, closing the track affectionately known as “The Rock” for its location in Rockingham. Despite a couple of changes in ownership since, the track was unable to capture the magic.

It didn’t go unnoticed that many of Smith’s tracks fit a similar mold: 1.5-mile tri- or quad-ovals, they earned a reputation as “cookie cutters” and lost favor with fans as many got their dates from more unique tracks.

But Smith’s company made some concessions, closing Kentucky and leasing Circuit of the Americas, changing Atlanta’s surface radically and adding a second date there in favor of (ironically, after the lawsuit) Texas. Bristol has hosted a pair of dirt races. The company Smith began has continued to innovate, even if not all of their decisions have been, ultimately, the right ones.

Race fans today can’t escape Bruton Smith’s influence, and, despite some moves that they have questioned, most wouldn’t want to. Speedway Motorsports facilities have evolved with fans, adding and subtracting amenities to keep up with demands. Those facilities helped move the sport out of the South and into the hearts and televisions of millions.

Bruton Smith became a race fan at eight years old. Over the next 87 years, he used his love of the sport to make sure others loved it too. And on that, he succeeded.