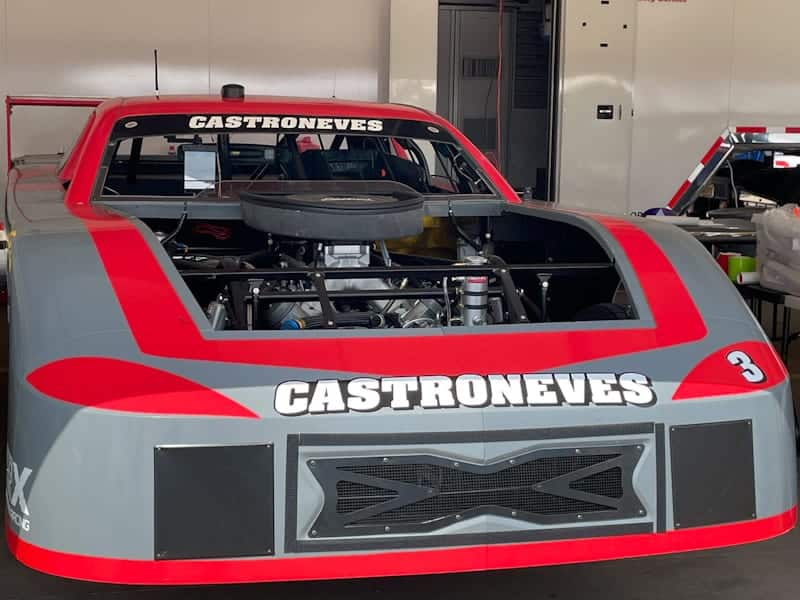 Josh Roller: I don’t believe a superspeedway should be the first start a non-NASCAR driver makes their debut in a series, including a driver who has four Indianapolis 500 victories. I’d rather see Helio Castroneves make his NASCAR debut at a mile-and-a-half track or somewhere he is familiar with, like Pocono Raceway. In a way, I understand why the idea of making his NASCAR debut at Daytona is attractive. Both Daytona races are essential in their own right to the calendar as a whole. The story is better if he makes his debut at Daytona, but this isn’t 1970. A driver unfamiliar with stock cars does not need to make his debut on a superspeedway — I don’t care who they are. If he has started several NASCAR Xfinity Series races before attempting a superspeedway Xfinity race, then yes, Helio could make his Cup debut at Daytona, but that is not the case.

Andrew Stoddard: I believe Daytona is a great place for anyone making their Cup Series debut, especially an open-wheel driver like Castroneves. While plate races are mentally taxing on the driver, Daytona and Talladega are in general physically easier to get around for a driver unfamiliar with stock cars. Having Helio in the field would also bring further attention to a track on the Cup Series schedule that already brings in high TV ratings and in-person attendance.

Stephen Stumpf: Daytona would be the best because the draft has always been the great equalizer. It gives underdogs a chance to duke it out with the powerhouses, and it would be Castroneves’ best chance of being semi-competitive. And besides, who would turn down a chance to race in the most prestigious NASCAR event on the schedule?

How will interim crew chief Kevin Meendering impact Kyle Larson’s performance, if at all?

Stoddard: I do not foresee a significant change in performance in the No. 5 one way or the other over the next four weeks. Meendering is a long-time Hendrick Motorsports employee and currently serves as the competition development manager, so he is familiar with how the organization works. Furthermore, Meendering has extensive crew chief experience at the Cup level with Jimmie Johnson in 2019 and at the Xfinity level with Elliott Sadler from 2016-2018. Also, we have seen other race teams hold up well with interim crew chiefs in place this season. The most prominent example is the No. 11 Joe Gibbs Racing Toyota team. Denny Hamlin won the Coca-Cola 600 with interim crew chief Samuel McAulay last month while Chris Gabehart was serving a four-race suspension of his own for a wheel issue. With that in mind, Kyle Larson and the No. 5 team are noticeably off their 2021 championship pace through the first half of the season. Nashville could be a good chance to take their performance up a notch, with Larson being the defending race champion.

Jack Swansey: The No. 5 team is a well-oiled machine. Daniels’ suspension will have a negligible impact on Larson’s results. He’ll probably win Nashville.

Anthony Damcott: Honestly, the No. 5 team has nothing to worry about in regards to missing the playoffs, so the loss of Cliff Daniels isn’t a huge blow, at least right now. Meendering will just keep the car status quo for these four weeks, making little, if any, changes to the setup that Daniels already had in the car. The No. 5 team is safely in the playoffs, regardless of whether or not there are more than 16 winners this season, so they just need to make it through these four weeks of business as usual so they can get back on track and ready for the playoffs once Daniels returns.

Is Carson Hocevar ready to compete in the Cup Series?

Swansey: Especially with the Next Gen cars that race so different from anything in the lower series, the best preparation for Cup Series success is Cup Series experience. Yes, Carson Hocevar isn’t ready for a full-time Cup ride, but a part-time deal with low expectations to get the 19-year-old hat collector used to the rhythm of longer races and the handling of Cup cars could prove more beneficial in the long term than even finding his way to a top Xfinity Series ride — just ask his occasional Niece Motorsports teammate Ross Chastain. Hocevar isn’t a menace on the track (maybe Ryan Preece would disagree) and I see no reason why he shouldn’t pick up five or six starts next year for Spire Motorsports, The Money Team, or someone of that ilk.

Damcott: It would be worth testing the waters to get him seat time and figure out where he’s at in comparison with Cup competition, but a full-time effort? Not yet, and I think Hocevar recognizes that too. Hocevar still hasn’t put together a full race in the truck series yet, and he needs to start doing that more consistently to even move up to a full-time Xfinity ride. It’s clear he is outperforming the equipment he is in, but he still needs to prove that he can finish the deal more often than not before we start talking about a full-time Cup effort.

Amy Henderson: Whoa there, buckaroo! Hocevar is in his second full year in the Truck Series and shows a lot of promise but he is 19 years old. Rushing him into a Cup car could ruin his career at this stage. If he doesn’t perform immediately, he could get labeled damaged goods and wind up in underfunded backmarker cars. Very few drivers have come back from that once it happens; Daniel Suarez is an exception, not the rule, and Suarez was an Xfinity champion before being rushed up. Hocevar is doing well, but he’s not running at a championship level in Trucks yet. Even a part-time Cup schedule for a sub-par team could derail him; he’d be much better off looking for a quality Xfinity ride as a development driver for an established Cup organization than moving up now for the sake of racing Cup at any cost.

Now that there are two races down at Knoxville Raceway, is the track one that should remain on the NASCAR Camping World Truck Series schedule?

Stumpf: It wasn’t free of incidents, but last Saturday’s (June 18) race at Knoxville was much cleaner than the demolition derby of 2021. The field has more experience at the track, and the race was good enough to warrant a return for 2023. However, the Truck race at the Bristol Motor Speedway dirt track should be moved to the Xfinity Series or outright removed if Knoxville stays on. The series only needs one race on dirt, and a true dirt track in Knoxville will put on a better show than the dirt-pavement hybrid at Bristol.

Damcott: Only one dirt race should be on the schedule per year — it’s what makes dirt racing special for NASCAR — so they either need to nix this race or the Bristol dirt race and given that this is a permanent dirt track at the Sprint Car Capital of the World, I think the decision would be relatively easy about which one to ax. However, Knoxville was so much of a mess last year that it left a bad taste in fans’ mouths this year (and let’s not act like this year, while tamer, didn’t have any wild moments — just ask Jessica Friesen or Brett Moffitt). So one might question if NASCAR should still return there. My solution? There is one permanent dirt track out in New Weston, Ohio, that could be a great fit for a lone dirt race for the trucks — Eldora Speedway. Why did the series ever stop going there anyway? It worked, so why change it?

Henderson: I agree with the one dirt race a year, and I’d much rather see NASCAR drop Bristol and keep the Truck Series on a dedicated dirt track. The flip side of doing one a year is that some of the drivers don’t have dirt backgrounds, and the races can get a little wild — Knoxville has shown that for sure. Still, I like the idea of one dirt race as a nod to NASCAR’s history and while I’d much rather see them at Eldora, Knoxville is a better choice than Bristol. NASCAR should be looking to move the Cup race to a permanent dirt track as well — not necessarily Knoxville, but not at Bristol, either. NASCAR is essentially dropping a short track for a dirt race when they should be dropping a big track at that level.

Roller: The 2022 edition of the Camping World Truck Series race at Knoxville Raceway drastically improved from the 2021 race. Whatever the reason, the track was better prepared and prepped in-between stages, which led to a far better race. Trucks seemed to be able to move around, and it wasn’t a bumper car race. I’m willing to give it another try simply to see if more fans will turn up next year. The 2021 race could very easily have deterred many from wanting to see it this year. And not to mention, gas prices may have kept fans away from Knoxville and more races this season. Put Knoxville on the 2023 schedule, and let’s reevaluate the race in one year.

Helio, who cares, Carson should take his time.