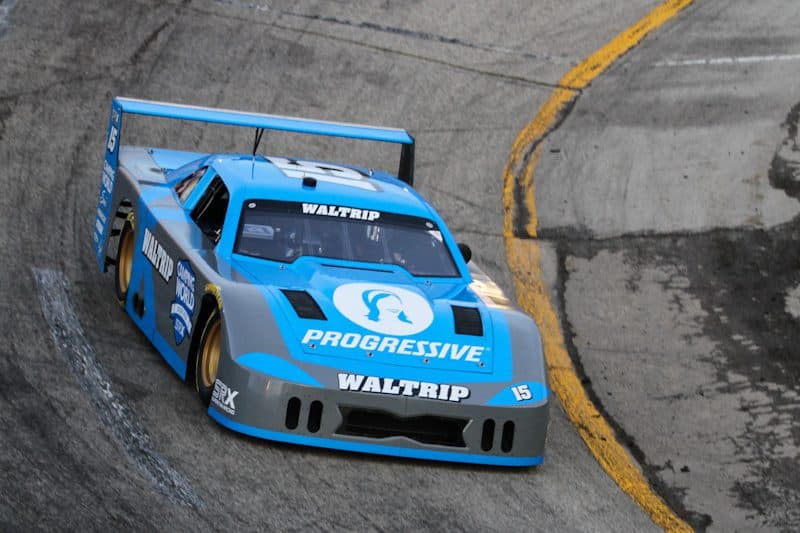 South Boston Speedway is right above the Virginia-North Carolina line, about 70 miles to the east of Martinsville Speedway. Virginia has long been a home of exceptional short tracks, with NASCAR Cup Series venues Martinsville and Richmond Raceway being joined by other such tracks as Langley Speedway, Motor Mile Speedway, the closed Southside Speedway, and my own personal home tracks of Old Dominion Speedway and its successor Dominion Raceway.

South Boston has a long pedigree of great drivers, beginning with greats at the time of its opening such as Ray Hendrick, Tiny Lund and Sonny Hutchins. Later, in addition to legendary late model drivers such as Jack Ingram and Geoffrey Bodine winning track championships, many great drivers began their career at “SoBo”. The 1990’s saw Jeff and Ward Burton join 1995 track champion Elliott Sadler as South Boston alumni to make it to the Cup level, along with Stacy Compton. Denny Hamlin also cut his teeth racing and winning in late models at South Boston.

The track is owned by the Mattioli family, making it the sister track to Pocono Raceway. One key reason why Pocono has stayed on the Cup schedule for so many years in spite of inconsistent racing is just how much of a premium the Mattioli family puts on the fan experience and facilities, and South Boston, albeit at a lower budget, is no different in that regard.

The track dimensions for this four-tenths of a mile oval is 12 degrees of banking in the turns and 10 degrees on the straight.

I love food, and of all of the SRX tracks on this year’s schedule, perhaps the greatest delicacy offered at these venues is the legendary “SoBo Bologna Burger“. It may not reach the Martinsville hot dog as far as mythical qualities, but there are definitely some stories if you ask the regulars at the track. Sadler once ate 16 — yes, 16 — of them in one night.

The random qualifying draw was announced on Thursday, June 23rd. Labonte will be starting heat one on pole.

Maybe no driver has ever been happier in victory than Helio Castroneves, who stunned the world last week when he hopped into a surprise 13th entry at Five Flags Speedway and won the first SRX main event of 2022. Then, the Brazilian made further headlines by announcing that he and SRX CEO Don Hawk had a bet that if he had won an SRX race this year, Hawk would work on getting Castroneves a ride in The Great American Race, the Daytona 500.

For many years, the only things certain in life were death, taxes, and no new four time-winners in the Indianapolis 500. Only three drivers had held that particular honor since 1991: A.J. Foyt, Al Unser Sr., and Rick Mears. That is, until 2021, when Castroneves was finally able to enter one of the most hallowed and exclusive clubs in all of motorsport. Although the driver is Brazilian, the fans in Indianapolis have adopted Castroneves as one of their own; one of the few highlights of a rather boring SRX race last year at Indianapolis Raceway Park was when Castroneves won a heat and the crowd absolutely erupted.

As skilled as Castroneves is in an Indy car, and especially at Indianapolis, he’s also proven to be a standout sports car driver in recent years. In 2020, Castroneves and teammate Ricky Taylor won the IMSA Championship, and followed that up in 2021 and 2022 with two new Rolex watches by virtue of winning back-to-back iterations of the 24 Hours of Daytona.

It will be interesting to see just how Bobby Labonte does this week. Although NASCAR fans may not think of him as being a standout at short tracks, Labonte always found success at Martinsville, and began his driving career winning all sorts of late model races around this part of the country.

What’s more is that Labonte has had plenty of seat time once again at these mid-atlantic racetracks, having run mostly full time in 2021 in the SMART Modified tour and full time in 2022. Labonte actually raced in that series this spring at South Boston, finishing a very solid fourth and competing against some of the biggest names in southern modified tour racing, such as Burt Myers, Jonathan Brown, Jason Myers and next week’s local ringer, Matt Hirschman.

This week’s local ringer is none other than reigning NASCAR Weekly Series Champion and current points leader Peyton Sellers. Perhaps nobody in the world, let alone the SRX field, knows how to run SoBo better than Sellers does right now; the Virginian has won six track championships at the track, and all of the last four awarded.

From nearby Danville, Virginia, Sellers is a perfect choice to represent SoBo. This race is the only paved SRX race where the local ringer did not have to win a fan vote nor a race to get into the field, and it makes complete sense when looking at Seller’s resume at this track. With Josh Berry having moved up to full time NASCAR Xfinity Series Racing, it’s hard to put really any other driver in the conversation for all-around best NASCAR local track driver.

Coverage for the SRX race at South Boston starts on June 25 at 8 p.m. ET and airs on CBS.