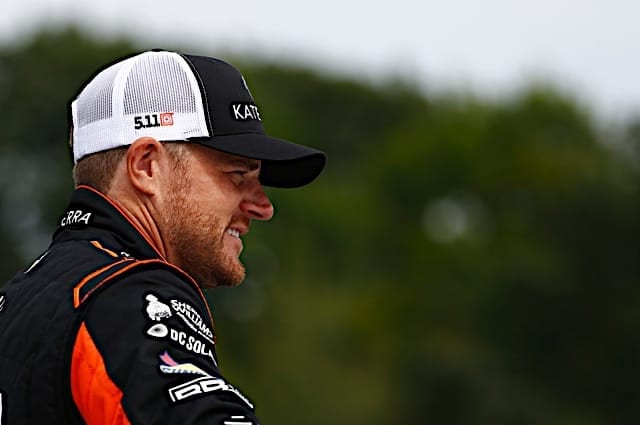 Justin Marks is hopping back into a racecar, as he’ll fill in for Helio Castroneves at Stafford Motor Speedway in the Camping World SRX Series, the series announced June 25.

Castroneves has a scheduling conflict, according to the tweet. The NTT IndyCar Series is slated to run that same weekend at Mid-Ohio Sports Car Course on July 3.

Marks last ran in the NASCAR Cup Series at the Charlotte Motor Speedway ROVAL in 2018. He also ran the Xfinity Series race there that same year.

Helio will not race @StaffordSpeedwy due to a scheduling conflict. pic.twitter.com/VRktMvP3tO