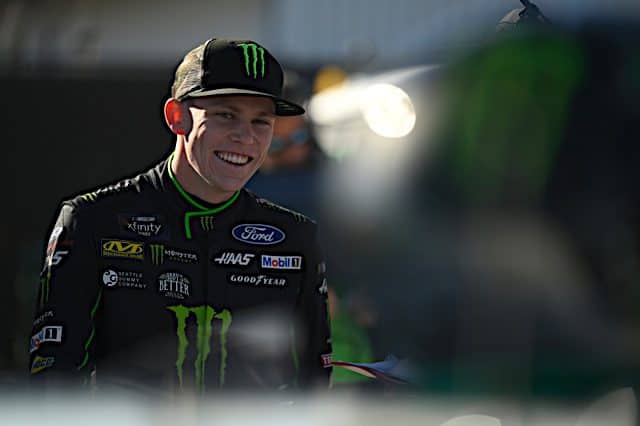 The No. 98 laid down a fast lap of 156.665 mph during qualifying, four-tenths faster than AJ Allmendinger. It’s Herbst’s second career pole.

Allmendinger lines up second, while Trevor Bayne begins third. Austin Hill and Justin Allgaier round out the top five in the lineup.

Right off the bat a car had issues during its run. Matt Mills spun around and rear-ended the outside wall as the first car on a dirty track and didn’t finish his lap.

Matt Mills loses it and backs into the wall hard in @XfinityRacing qualifying.

NASCAR blew the dirt off the track after the wreck, and no other issues occurred thereafter, except for a save from Sheldon Creed. Unfortunately, Mills didn’t qualify for the race as a result. Brennan Poole and Mason Massey also did not make the event.