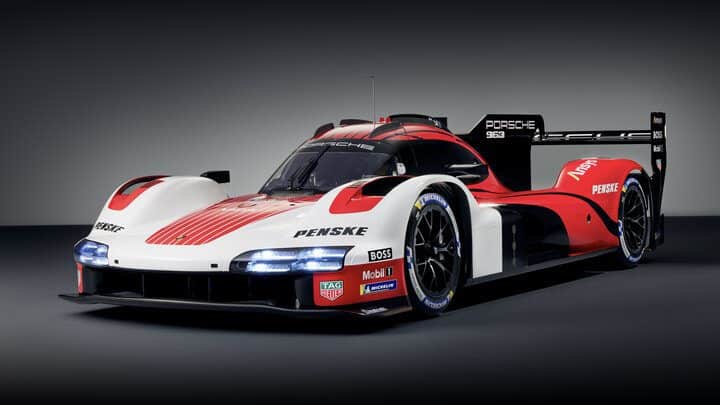 The weekend of June 24-26 was an extremely busy time as a number of issues came up during Sahlen’s Six Hours at the Glen that significantly affected the finishing order.  In addition, a bunch of news broke as well.

It took over four hours for the unofficial results to be released from Sunday’s Sahlen’s Six Hours at the Glen by IMSA.  Why?  There were a series of issues pertaining to drive time that came out of the event.

Normally, drive-time in a six-hour race is not an issue.  There’s plenty of time to allow everyone to get all the time they need.  Unless something unusual happens.

Sunday’s race was red-flagged with 85 minutes to go due to lightning.  A number of drivers had just gotten into their cars to make the run to the finish.  Due to the one-hour stoppage, IMSA adjusted the minimum drive-time outside of the DPi class downward from 90 minutes to 77.

Despite this change, roughly a quarter of the field ended up in drive-time trouble.  Nine separate teams were moved to the back of their classes due to one of their drivers failing to meet the 77-minute minimum, while others were forced to adjust.  This resulted in teams getting booted off the podium in three different classes and the winners from both GTD Pro and GTD losing their victories.  Also of note, time spent in the pit lane does not count towards minimum drive-time.  Only the time on the track itself.

The teams affected were as follows: Paul Miller Racing’s No. 1 BMW M4 GT3, due to Bryan Sellers being three minutes, 50.246 seconds short.  The team actually pulled off-track in the final minutes in an attempt to avoid getting sent to the rear.

BMW M Team RLL’s No. 25 BMW M4 GT3, due to John Edwards being 15 minutes, 56.76 seconds short, the largest deficit on the list.  This resulted in the team losing the GTD Pro class victory.

Team Korthoff Motorsports’ No. 32 Mercedes-AMG GT3, due to Mike Skeen being one minute, 43.942 seconds short.  Teammate Stevan McAleer entered the race as the GTD points leader.

Andretti Autosport’s No. 36 Ligier JS P320-Nissan, due to Gabby Chaves being eight minutes, 41.385 seconds short.  This cost the team a third-place finish in LMP3.

NTe Sport’s No. 42 Lamborghini Huracan GT3 Evo, due to Marco Holzer being one minute, 24.332 seconds short.

Winward Racing’s No. 57 Mercedes-AMG GT3 Evo, due to Philip Ellis being 55.369 seconds short.  This resulted in the team losing the GTD class victory.

IMSA officially released a revised result sheet Monday morning that shows all of these penalties.

The best example of a team forced to make changes on the fly was DragonSpeed in the LMP2 class.  Juan Pablo Montoya got out of the car during the final caution with less than 25 minutes to go and gave way to his son Sebastian.  Sebastian had not satisfied the minimum drive-time and needed those final 20 minutes in the car.

In Michelin Pilot Challenge, the only team to run afoul of this was Bryan Herta Autosport.  The TCR-leading No. 1 team of Michael Lewis and Taylor Hagler was moved to the rear of the TCR class Saturday after Lewis came up 58 seconds short of the 40-minute minimum drive-time during the Tioga Downs Casino Resort.  The duo entered Watkins Glen with a 130-point lead in the standings.  They are now 30 points behind KMW Motorsports with TMR Engineering’s Roy Block and Tim Lewis Jr.

Teammates Parker Chase and Harry Gottsacker nearly met the same fate.  With 52 minutes to go, a full-course caution was thrown while Chase was in the TCR class lead.  However, it took so long for the pits to open up that Chase was forced to pit with the Grand Sport teams so that Gottsacker could get into the car and get out of the pits before the 80-minute mark of the race.

At the Goodwood Festival of Speed in England Friday (June 24), Porsche officially unveiled the Porsche 963 (above), the new prototype racer that will compete in the IMSA WeatherTech SportsCar Championship’s GTP class and the FIA World Endurance Championship’s Hypercar class starting in 2023.  The car will have a 4.6-liter twin-turbo V8 engine producing 680 horsepower and contains a spec hybrid battery.  The car is based around a new LMP2 chassis from Multimatic as part of the next generation of LMP2 cars that will debut in 2024.

The manufacturer also named eight full-time drivers for the dual efforts.  They are (in alphabetical order): Dane Cameron, Matt Campbell, Michael Christensen, Kevin Estre, Mathieu Jaminet, Andre Lotterer, Felipe Nasr and Laurens Vanthoor.  Cameron and Nasr are not currently considered Porsche factory racers, but bring their own skills to the table.  As of now, it is unclear which drivers will race primarily in IMSA and which will primarily be in the WEC.  There will also be additional drivers for events such as Daytona and Le Mans.

JDC-Miller MotorSports announced Saturday (June 25) that they will be the first team to race a customer Porsche 963 in the IMSA WeatherTech SportsCar Championship in 2023, switching from Cadillac.  As a result, there will be at least three Porsche 963s on the grid for the Rolex 24 at Daytona in January.

“We are very excited about this new partnership with Porsche and the new LMDh Hybrid platform that will run in IMSA’s new GTP prototype category, starting with the 2023 season,” said JDC-Miller MotorSports co-owner John Church in a press release.  “To be associated with an iconic brand such as Porsche and their incredible legacy in racing is just very special.  A lot of work went into making this happen and we feel strongly that we have found the best possible partner for the future and look forward to adding to the incredible success Porsche has already enjoyed in IMSA.”

JDC-Miller MotorSports’ privateer announcement means that there will be roughly nine GTP cars on the grid in Daytona next January.  In addition to the three Porsches, there will be Cadillacs, two BMWs and two Acura ARX-06s/