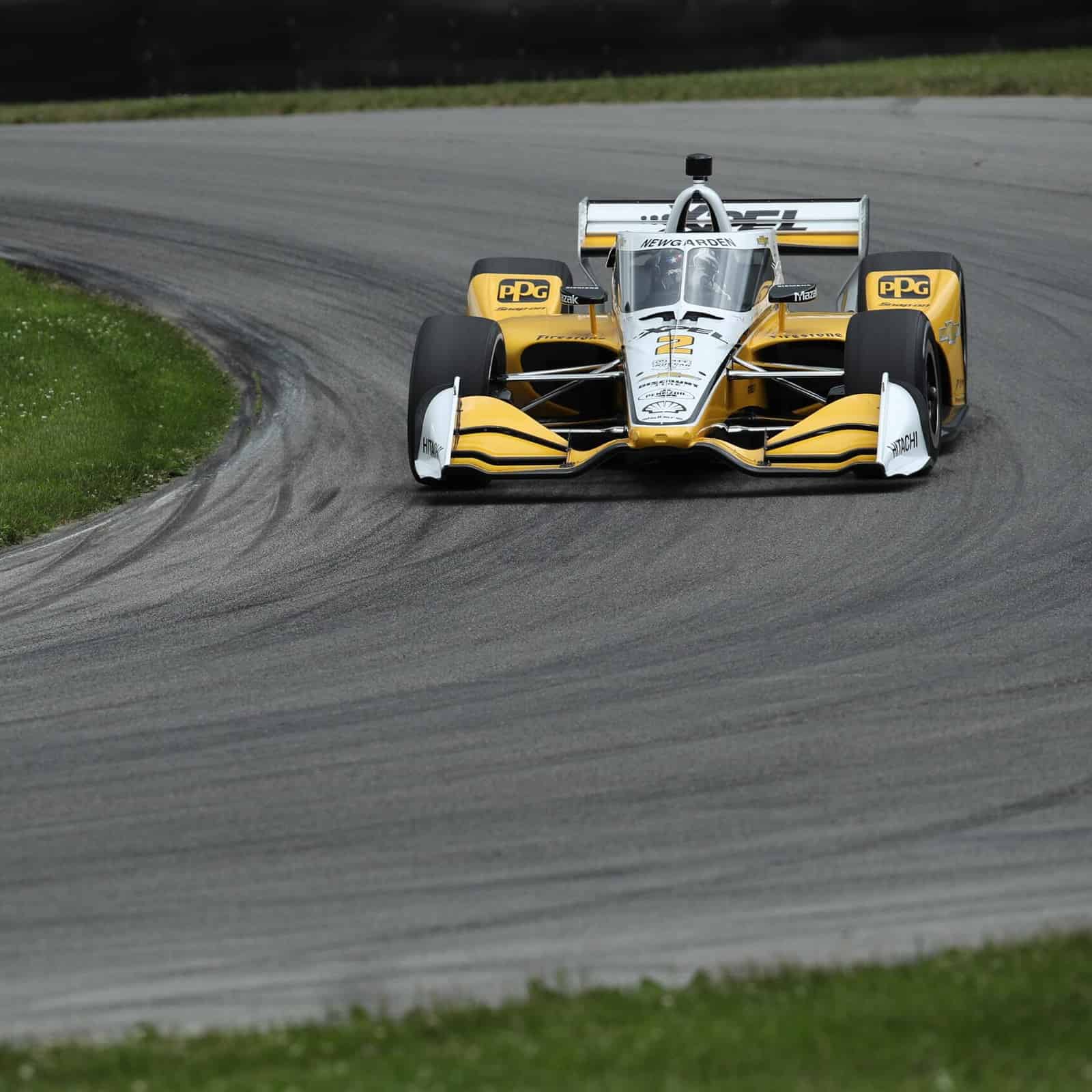 A new race engineer can give a feeling of unease for a driver, especially after having success with an old engineer for several years, racking up several wins and a couple of championships.

However, winning three of your first eight IndyCar races with a new engineer puts any doubts or uneasiness away, and such has been the case for Josef Newgarden.

This NTT IndyCar Series season is the first time Newgarden has claimed three wins this soon in a season. Race engineer Eric Leichtle feels validated that his driver is third in points, especially since this is Leichtle’s first time race engineering an IndyCar driver.

While that may be a concern for some, it hasn’t been for Team Penske, as Leichtle’s previous two jobs were directly involved in the IndyCar program for Pratt & Miller, the organization who services many GM racing programs including Corvette Racing.

Leichtle worked on the Cadillac program in what was known as Pirelli World Challenge, engineering Michael Cooper and Andy Pilgrim before working on the design of the Corvette C8.R ahead of its launch.

Starting in 2018, Leichtle was working as a Chevrolet-supplied performance engineer to Team Penske, standing on Simon Pagenaud‘s timing stand during on-track sessions for that and the following two seasons.

In 2021, Leichtle became the IndyCar program manager for Pratt & Miller and became Newgarden’s race engineer for 2022 after Gavin Ward left the team.

The pair won their second race together at Texas Motor Speedway and their third on the streets of Long Beach, and from then on it’s been feast or famine. Newgarden has three wins and a fourth place finish, but also four finishes of 13th or worse this season. As the IndyCar season heads to The Buckeye State, Leichtle knows that his first visit to the track as an IndyCar race engineer will be supported by a lot of data that he has studied.

Leichtle has access to all of the notes from previous IndyCar races to help him formulate a good setup for Mid-Ohio, backed by Newgarden’s past experience at the Lexington, Ohio track. When the car isn’t perfect, the Hendersonville, Tennessee native still figures out how to get the maximum amount of performance out of the car.

“I think that’s a pretty important task,” Leichtle  Because my job is to make it as perfect as I can, but it’s never quite there. So the ability to adapt and still find performance with something that’s not exactly how you want it or being able to work your tools in the cockpit to make it better is super important.”

Mid-Ohio as an engineering challenge is rather unique because many of the left-hand turns are faster than the right-hand turns, but the two corners on the track that Leichtle focuses on are actually near each other: turns 1 and 2.

Turn 1 is a high-speed left hander that leads to a straight that goes uphill with various plateauing sections and the braking zone for turn 2 (The Keyhole) is a prime passing opportunity.

“You have to absolutely nail (turn 1) because any speed that you give up there, you pay for it all the way down the straightaway,” Leichtle said. “That’s from entry to exit, really like any little bit that you scrub or under the limit, you pay for. Turn 2 is a little bit different because you’re so focused on the exit, it’s the longest straightaway on track, the best passing opportunity after that. You really have to have a car that drives off turn 2 well to be competitive.”

If a car drives out of The Keyhole well, then that car more than likely won’t be overtaken for the rest of the lap as after the turn 3 kink, the entire rest of the lap is one corner after another with only a small straight between turns 9 and 10. The next true passing opportunity is into The Keyhole, unless a driver really wants to take a risk and pass on the short straight before turn 10 or on the straightaway opposite pit road near the finish line.

Such was the case last year. Newgarden fended off Marcus Ericsson‘s advances as the Swede closed in during the race’s final laps. Ericsson got closer and closer but ended up finishing .879 seconds behind the 2017 and 2019 IndyCar Series champion.

Leichtle will have an opportunity to earn his fourth win as an IndyCar race engineer this Sunday (July 3) with the live broadcast on NBC starting at 12:30 p.m. ET.