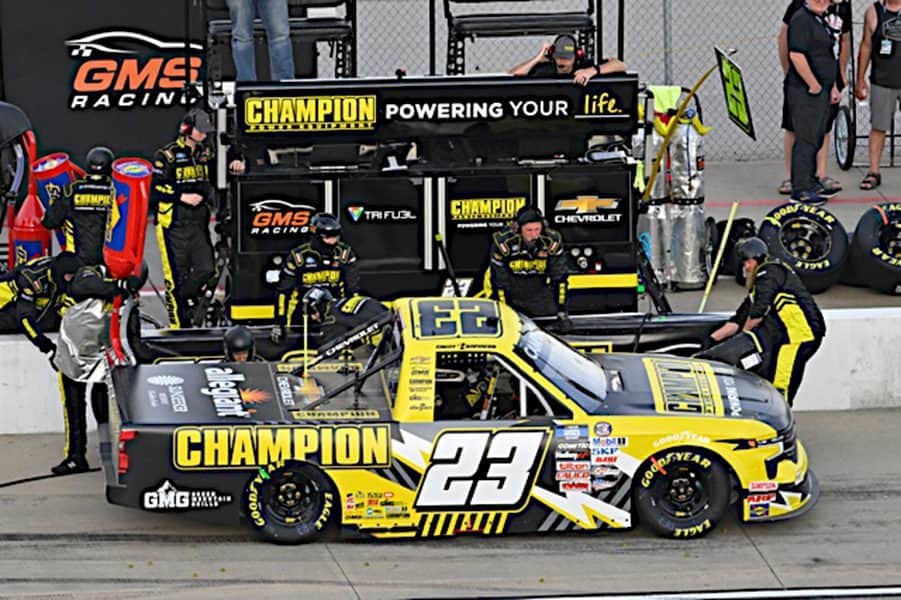 GMS Racing is welcoming back an old friend, bringing back crew chief Jeff Hensley to work atop the pit box of Grant Enfinger‘s No. 23 team in the NASCAR Camping World Truck Series, GMS announced June 29.

Hensley joins the team as of the series’ next race at Mid-Ohio Sports Car Course on July 9.

This isn’t the first time that Hensley and Enfinger have worked together. The last time Hensley was atop the pit box alongside Enfinger, he posted his best points finish of his career – fourth place in the overall standings in 2020 season. That season, both Hensley and Enfinger were with ThorSport Racing.

“I am grateful for the opportunity to return to GMS Racing and reunite with Grant,” Hensley said in a team release. “We have great chemistry, and Grant is a driver that I have a lot of respect for on and off the racetrack. We have high hopes for the remainder of the 2022 season, and we have a team capable of contending for wins on a consistent basis. I look forward to showing our strength in these final eight races of the year.”

See also
Truckin’ Thursdays: Will There Be More Than 10 NASCAR Truck Winners This Season?

“Jeff and I have had success together in the past, and I’m looking forward to having him back to call the shots for the remainder of the season,” Enfinger added. “We know each other well so we should be able to pick up where we left off a couple years ago.”

Hensley joins GMS from ThorSport, where he was Matt Crafton‘s crew chief for the first 10 races of 2022, garnering one top five and eight top 10s. ThorSport has not announced his replacement.

So far in 2022, Enfinger runs ninth in the overall points with three top fives and seven top 10s. Charles Denike had been his crew chief for the first 10 events; Denike’s new role has not been announced.