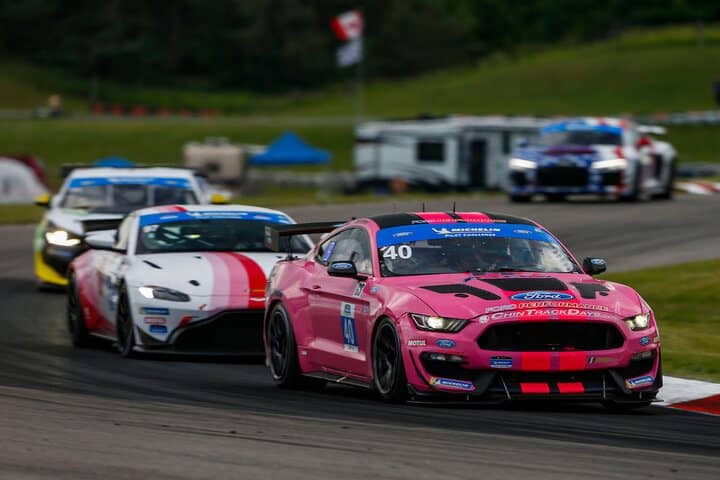 For Michelin Pilot Challenge teams, it’s back at it for another two-hour sprint race Saturday at Canadian Tire Motorsport Park.  There are 36 teams entered in Saturday’s event.

In the Grand Sport class, there are 21 cars entered, a season-low.  There are some notable no-shows on the entry list.  The most notable of the bunch is Rennsport One, which finished second last weekend with Eric Filguerias and Stevan McAleer.  McAleer is currently third in points through five races.  Forbush Performance and Automatic Racing also chose not to enter.

Driver-wise, Riley Motorsports has an all-new lineup for this weekend.  Argentianian racers Diego Azar and Damian Fineschi will both make their Michelin Pilot Challenge debuts in the team’s No. 14 Toyota GR Supra GT4, replacing Alfredo Najri and Thiago Camilo.

At Murillo Racing, Marc Miller is entered in the No. 56 Mercedes alongside Eric Foss.  Miller replaces Kenton Koch, who has shared the car since Jeff Mosing got hurt earlier in the year.

In TCR, there are 15 entries.  A new team to the championship, Hyundai Racing Canada, has entered a Hyundai Elantra N TCR for Bob and Connor Attrell.  The Attrells race regularly in Sports Car Championship Canada presented by Michelin.  This is a series with GT4 and TCR cars that launched last year.  TWOth Autosport, which is back with their two Audis this week, also compete there.