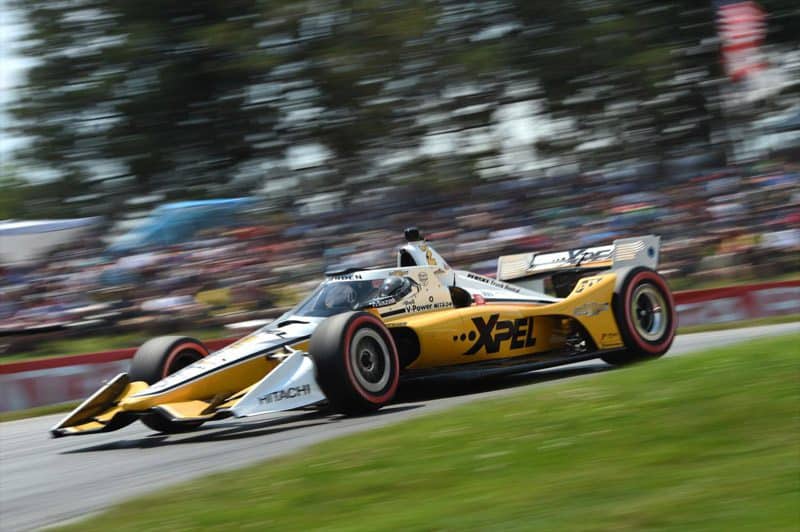 The busiest month of the 2022 NTT IndyCar Series season will kick off at the Mid-Ohio Sports Car Course on Sunday, Jul 3.

As the first of five races in the month of July, the Honda Indy 200 at Mid-Ohio will consist of 80 laps around the narrow and fast-flowing 13-turn road course.

Defending Mid-Ohio winner Josef Newgarden has a chance to notch his second set of back-to-back wins in 2022 after winning last time out at Road America. While Newgarden’s Mid-Ohio win last year ended a streak of abysmal luck for the two-time champion, his 2022 season has to this point shown higher highs and lower lows than 2021. Another win never hurts.

Meanwhile, Scott Dixon, winless so far in 2022, will be the driver with the most previous success at Mid-Ohio, boasting six wins to his name, most recently in 2019. Dixon has not gone winless for the first eight races of a season since 2017 when he finished third in the title race with one win to his credit.

Despite the Indianapolis 500 putting an end to his impressive top-four finishing streak, Will Power is not to be ignored just yet.

After a 15th place run in the 500, Power responded with a massive drive to win at Detroit and looked to have the pace to finish well at Road America before contact with Devlin DeFrancesco derailed his day. As the most consistent driver this year, Power will be one to watch on Sunday.

Alexander Rossi‘s turn of form that began with a fifth-place run at Indianapolis has since grown to include a runner-up finish at Detroit, a pole at Road America, and a third-place finish the very next day.

Rossi currently has one win (2018) to his name at Mid-Ohio and has shown a marked surge in race pace since his 2023 plans with Arrow McLaren SP were announced. Win number two in Lexington should be properly on the cards when July 3 rolls around.

Beyond these two, the state of Newgarden’s season speaks for itself to this point.

Primed for success at Lexington alongside Newgarden is Indianapolis 500 winner Marcus Ericsson.

Ericsson’s first three trips to Mid-Ohio in 2019 and the 2020 doubleheader ended with his best result of fifth place and an average finish of 14. As the No. 8 team found their footing in 2021, the script flipped and Ericsson ferociously chased Newgarden down to the final lap at Mid-Ohio but ultimately settled for a close second-place finish.

Ericsson has so far taken two wins on street circuits and one win at the oval to rule them all earlier this year. Mid-Ohio will be his last chance to earn his first win on a dedicated road course until the Gallagher Grand Prix at Indianapolis on July 30.

Among the more surprising developments is defending series champion Alex Palou is winless this year.

Palou has more or less matched his performances from the first half of the 2021 season, save for a win. And while he initially outperformed his Ganassi teammates, he finds himself looking up at points leader Ericsson and down the standings at Dixon, who has spent much of the season on the outside looking in, barely missing the ingredients to string a full race together.

Palou currently sits fifth in the standings and he has a best finish of third (2021) at Mid-Ohio in three previous appearances.

Will Power will take his second (2020) win in Lexington on Sunday. Power’s performances through the first half of 2022 have been among the best in his career, and he’s brought a new, cool and composed mentality to this campaign that has rarely been seen from the notoriously fiery Australian.

Rossi will be close behind, looking to string together more strong results and bring the No. 27 Andretti Squad closer to a dark horse title challenge. Circumstance permitting, the run to the checkered flag will be as hotly contested as it was in Detroit.

The Honda Indy 200 at Mid-Ohio will be aired on NBC, with televised coverage beginning at 12:30 pm ET.