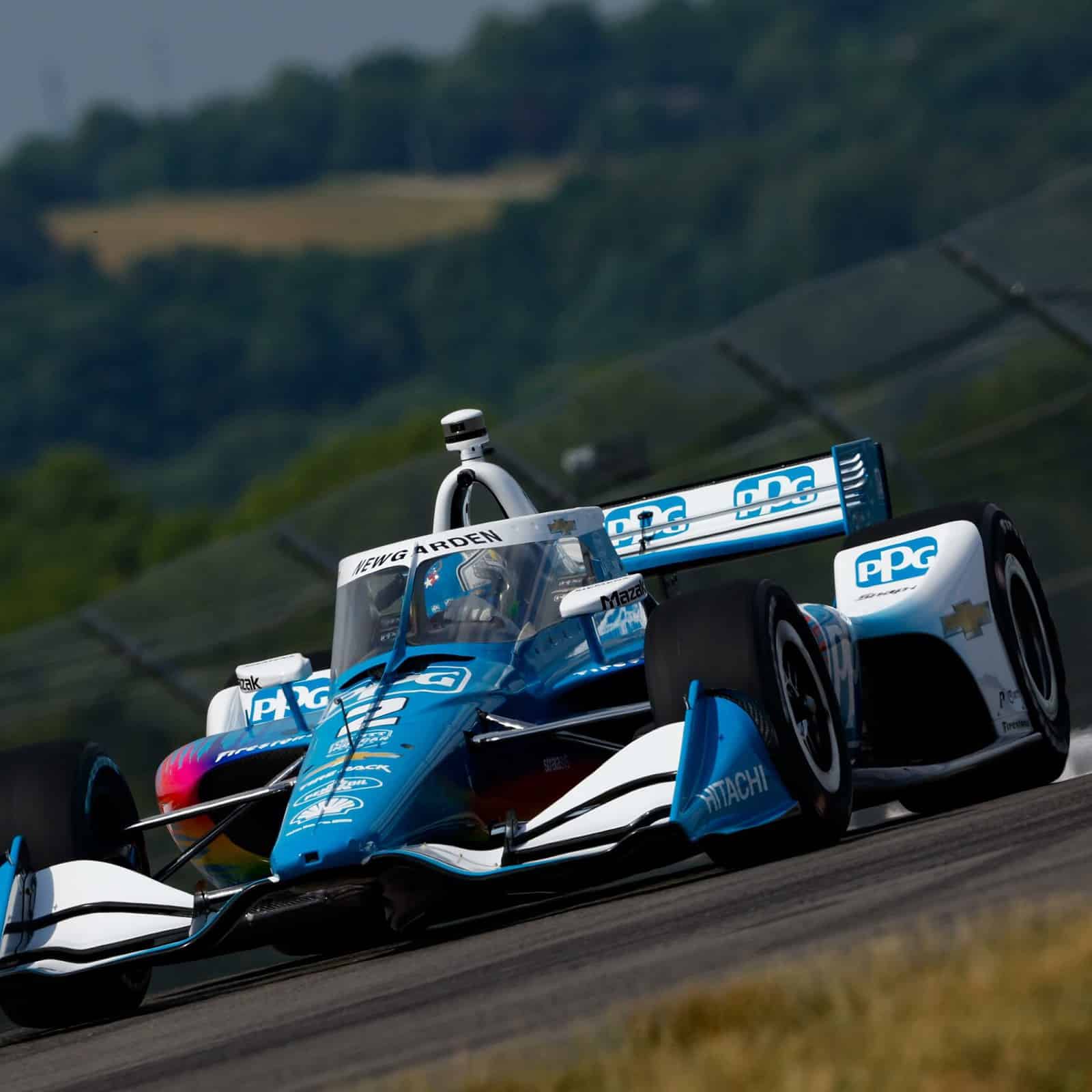 The Tennessee native led the first practice session at last year’s race at Mid-Ohio before winning by less than a second over Ericsson. Newgarden was two tenths of a second faster than his Friday practice session time last year, but credits that lap time to Firestone’s red sidewall alternate compound that provides more grip at the cost of a shorter lifespan.

It was quite hot in the car, with Newgarden admitting that he got out of the car immediately after the session was over. The 2017 and 2019 IndyCar champion has not used a cool suit in a race, but is considering using one if the temperatures keep climbing.

Fifth in the practice session was Colton Herta. The No. 26 Andretti Autosport Honda turned a best lap of 1 minute, 7.4998 seconds to average 120.427 mph. Herta didn’t have the best of races last year at Mid-Ohio after slow pit stops and an extra fuel stop near the end dropped the California native to a 13th place finish.

“We were very fast last year,” Herta said. “Up until that pit stop we were able to stay with Josef. We just need to find a little bit more time. I think I know what I’m looking for in the race car, and it’s going to be — if we can find it or not.

“But yeah, I think there’s not too many lessons we want to take from last year maybe, but definitely lessons learned.”

The fastest rookie was David Malukas in eighth place. The No. 18 Dale Coyne Racing with HMD Motorsports Honda turned a fastest lap of 1 minute, 7.5361 seconds. While the Chicago native has no wins at Mid-Ohio in his junior formulae career, he has seven podium finishes at the track, five of them being runner-ups. Mid-Ohio has been a special track for the highest-finishing rookie in this year’s Indianapolis 500.

“I think with having the Indy Lights, even though it’s a different car, the way the track evolves is the same,” Malukas said. “And I think having that knowledge going into today and also our test, I know that we have to anticipate for the track changing quite a bit, so (my prior experience) definitely helped for sure.”

Also of note, Graham Rahal was 20th fastest in the No. 15 Rahal Letterman Lanigan Racing Honda. The 2015 Mid-Ohio winner is from nearby New Albany and set a best lap of 1 minute, 8.2083 seconds, 1.1534 seconds slower than Newgarden’s time.

The track had only one incident that required a red flag as Takuma Sato went off track exiting turn 1 in his No. 51 Dale Coyne Racing with Rick Ware Racing Honda. Sato’s car was restarted and went back to the pits under its own power. Sato ended the session in 15th place.